Shatner as Mark Antony and 22 other Shakespearean sci-fi stars

The new production of Hamlet starring Dr. Who's David Tennant and Star Trek: The Next Generation's Patrick Stewart—making its U.S. debut tomorrow night on PBS—raises the question: Just how many other actors have bridged the gap between Shakespeare and sci-fi?

It turns out, kind of a lot.

Why queer readings of The Lord of the Rings are so popular — and important
Professor Xavier is getting married... and Magneto is officiating! 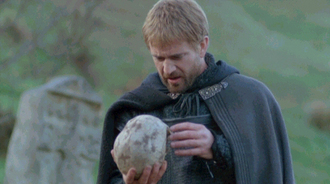 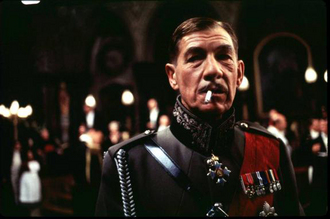 The actor best known to most genre fans as Gandalf and Magneto first achieved major screen stardom with his brilliant, fascist-era Richard III. 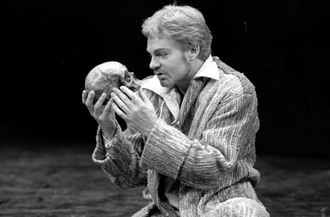 On Doctor Who, his character had forgotten that he was once the maniacal Time Lord known as the Master. But we should never forget that he's best known as one of the all-time great stage Hamlets. 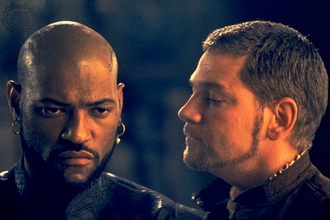 In The Matrix, he intoned grave profundities about the nature of the virtual world. In Othello, he'd believe virtually anything Iago told him. 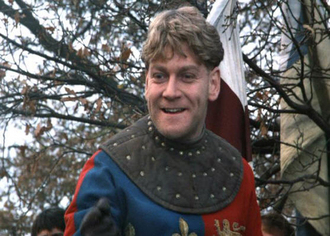 Professor Guilderoy Lockhart, from Harry Potter and the Chamber of Secrets, was an ego monster who lied about his great accomplishments. And his Dr. Frankenstein, in Mary Shelley's Frankenstein, just failed to think things through. Branagh's accomplishments as one of the greatest Shakespeareans of his time are beyond question, as his film adaptations of Henry V, Hamlet, and Much Ado About Nothing would testify. 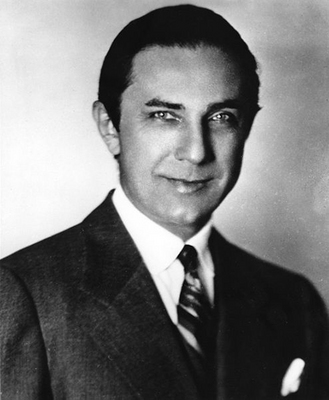 Before he became famous for wearing a cape and lusting after the blood of young women, the future star of Dracula was a well-known stage actor in his native Hungary. His Shakespeare career included roles in Hamlet, Macbeth, King Lear, Taming of the Shrew and Richard III. 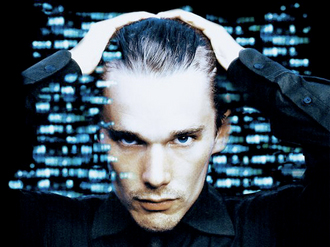 The star of the cerebral sci-fi thriller Gattaca was also the star of a cerebral modern-dress version of Hamlet. 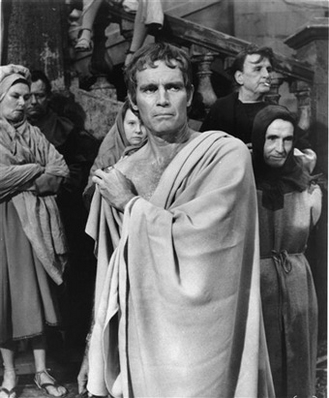 The man who told Dr. Zaius to get his stinking paws off him in Planet of the Apes appeared in Shakespeare from time to time, including this version of Julius Caesar, in which he told friends, Romans and countrymen to lend him their ears. 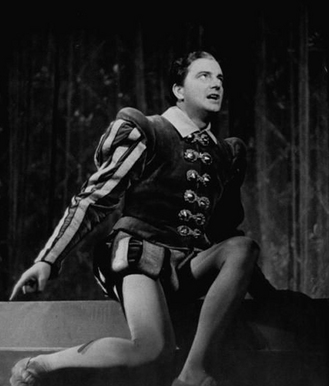 And speaking of the redoubtable Dr. Zaius, the actor who played him was himself an accomplished interpreter of the Bard, whose many appearances in old Will's works included a number of performances as the melancholy Dane. 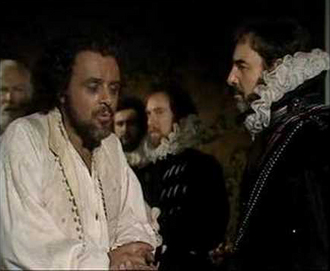 His genre films include Beowulf, The Wolfman, Dracula and the upcoming Thor. But he's a great actor no matter what he does—witness this appearance as Othello. 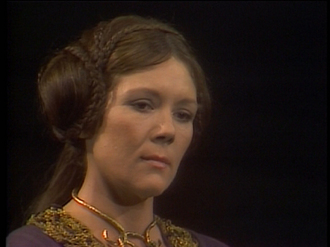 Genre fans still lust over her appearances in a leather catsuit in The Avengers. Shakespeare fans recall her playing Regan opposite Laurence Olivier in King Lear. 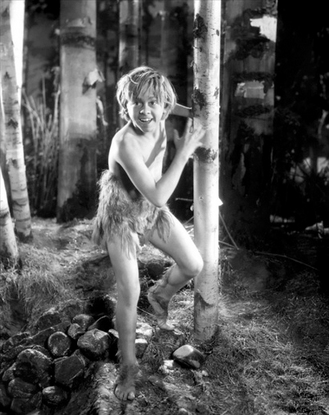 The current possessor of the record for longest movie career still active (he started as a child star in the mid-1920s) may be most familiar to today's young audiences as the grumpy old guard who wouldn't give Ben Stiller the time of day in the special-effects extravaganza Night at the Museum. This was him 75 years ago (!) playing the pivotal role of Puck in a classic big-screen version of A Midsummer Night's Dream. 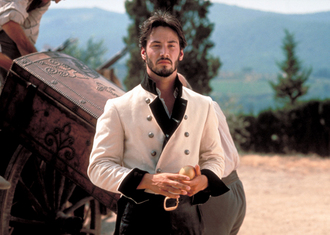 Yes, believe it or not, the guy who played Neo and Johnny Mnemonic and Klaatu actually logged his own Shakespeare time, and not in some computer-generated reality. Here's Keanu in Much Ado About Nothing. 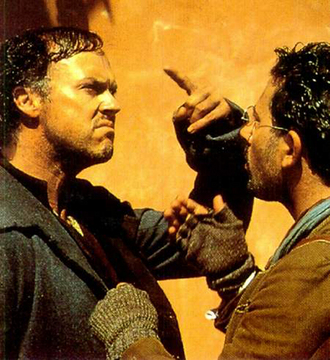 "I'm Batman." But he was also in that version of Much Ado About Nothing. 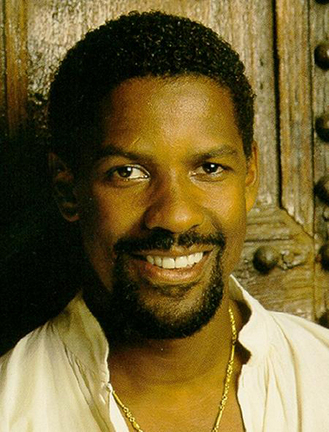 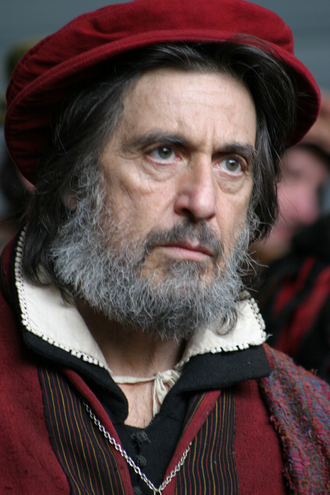 He played Satan himself in The Devil's Advocate. And many of his best characters, from Michael Corleone to Tony Montana, play out a Shakespearean arc, even when they're shouting 20th-century obscenities. But he's long had a love for the real thing, and has appeared as Richard III and, here, as Shylock in The Merchant of Venice. 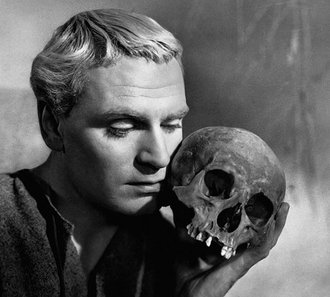 This is the first of three lest-we-forget entries. This guy was in stuff other than the original Clash of the Titans. Like his Academy Award-winning version of Hamlet. 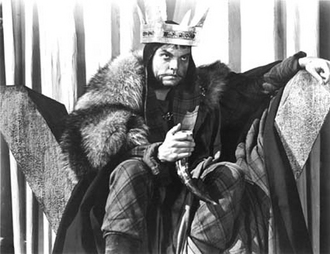 And this guy was in stuff other than the animated Transformers movie. Here's his Macbeth. 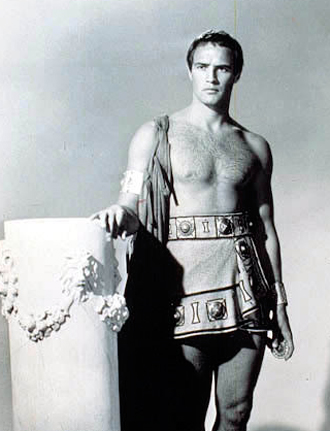 And then, of course, there's this guy, who wasn't just Superman's dad, Jor-El. Really. The guy who eventually became close to spherical, and became the butt of a million incredibly cruel fat jokes, once looked like this, in an acclaimed performance as Mark Antony in Julius Caesar. 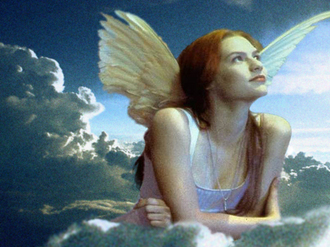 She played a star fallen to Earth in Stardust. Also, the target of a killer cyborg in Terminator III. But she also played Juliet, of Romeo and. 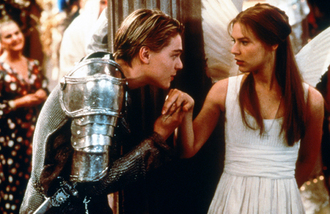 And that guy next to her in this Romeo and Juliet picture? He's been in sci-fi films himself, among them this summer's Inception. 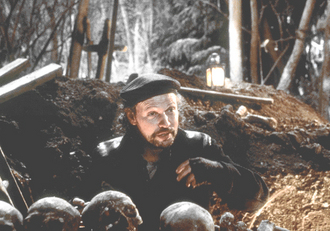 As Miracle Max in The Princess Bride, he advised Inigo to "have fun storming the castle." The same advice would have made perfect sense coming from the mouth of the gravedigger he played in Kenneth Branagh's version of Hamlet. 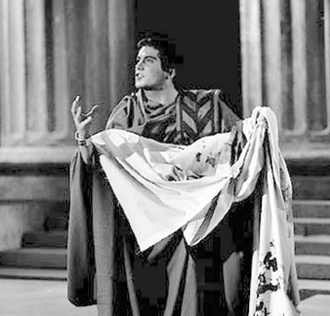 And last but not least, the future Capt. James T. Kirk received attention, long before Star Trek, as a stage actor reputed to show a considerable gift for Shakespeare. In 1960, he played Mark Antony in a TV production of Julius Caesar. In recent years his encounters with the Bard have largely been played for camp value, as in his rap version in Free Enterprise.