Should Ron Howard be making an H.P. Lovecraft film? Um ...

We love Ron Howard as much as anyone: Cocoon, Apollo 13, even Willow. But the news about his proposed movie about H.P. Lovecraft has us, frankly, terrified.

Howard may direct a movie adaptation of The Strange Adventures of H.P. Lovecraft, which is an Image Comics series that places the horror author in the middle of one of his own stories, kind of a supernatural detective a la Constantine, the Los Angeles Times reports:

"It very cleverly uses H.P. Lovecraft in a fictional way, but there's some loose biographical elements. But it certainly has the flavor and the tone of Lovecraft," Howard told me during an interview for an upcoming story on a different topic. "The character is a very young Lovecraft." ...

The young action-hero vision of Lovecraft feels not that far removed from the new-look detective in the Guy Ritchie version of Sherlock Holmes or perhaps a not-so-distant relative to the occult-savvy characters portrayed by Johnny Depp in the period pieces From Hell and Sleepy Hollow.

Now no knock against Howard and Mac Carter, who wrote the comic, but really? 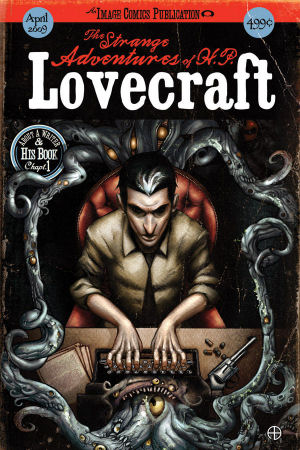 Lovecraft, as fans know, was about as dark a writer as has ever been seen: His Cthulhu Mythos has as its central idea that the universe is far more indifferent, even hostile, to humanity than we can imagine, that the world at its core is ancient and evil.

For all his genius, Lovecraft himself was a pretty unpleasant character, the child of a psychotic and variously described as impoverished, depressive, hypochondriac, atheist, racist and suicidal, who died of cancer at age 46. Not that he didn't have his reasons to be this way, but his life makes Poe's look like a tea party.

Does this sound like the right material for a filmmaker widely considered to be one of the nicest guys in Hollywood, who once described his greatest achievement as "preserving a rich family life"? 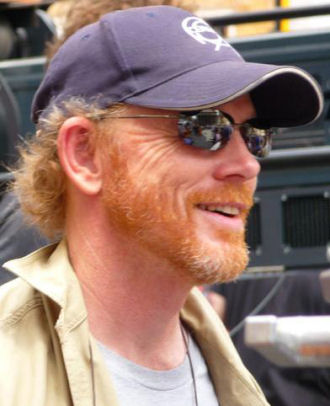 The reason we're afraid is because we have yet to see a definitive adaptation either of Lovecraft or his material on screen, despite some notable attempts, particularly the nasty horror movies of Stuart Gordon (Re-Animator, From Beyond). In particular, we have been dying for a proper treatment of Lovecraft's Cthulhu Mythos.

The one promising adaptation, of course, is Guillermo del Toro's proposed movie based on Lovecraft's "At the Mountains of Madness." If anyone understands the darkness at the heart of the story, it's the Oscar-winning director of Pan's Labyrinth. But with del Toro mired in the quicksand of his Hobbit adaptations (which may be bogged down even more, if today's news on Nikki Finke's Deadline Hollywood is any indication), it would be at least five years until del Toro could even turn his attention to Lovecraft.

Here's hoping that Howard decides to turn his considerable talents to something more appropriate; say, an adaptation of Dan Brown's new book, The Lost Symbol. Please?