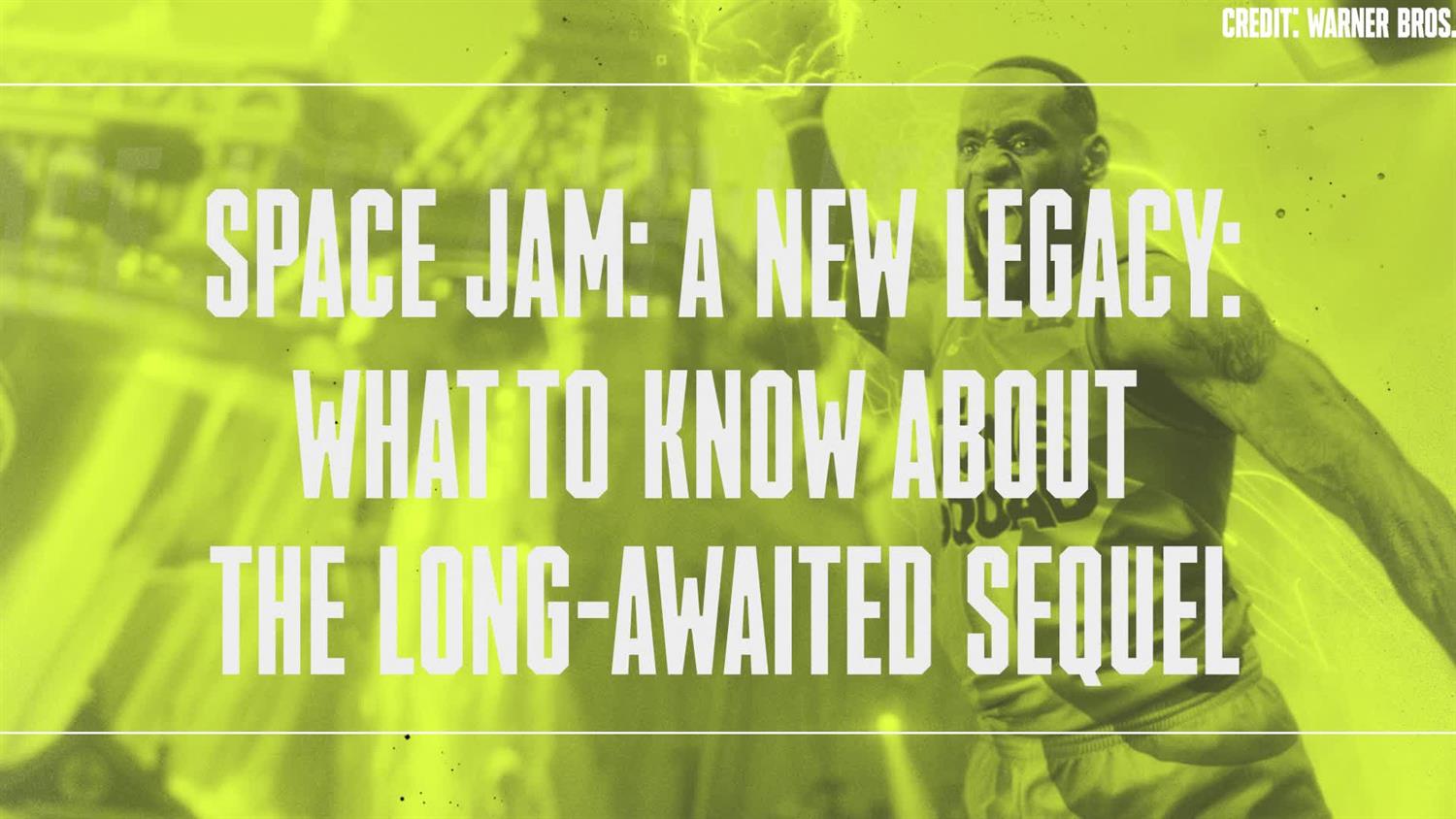 Space Jam: A New Legacy: What to know before the long-awaited sequel hits the court

Come on and slam and welcome to the jam!

After nearly three decades, Warner Bros. is finally dunking a sequel to 1996's Space Jam into the basket. Titled Space Jam: A New Legacy, the long-awaited follow-up features LeBron James in the central role (taking over from Michael Jordan), as he teams up with the classic lineup of Looney Tunes characters for another high-stakes basketball game.

Nyehhhhh ... what's up, Doc? A lot is up, Bugs. Much has changed over the intervening years, so let's take a dive into everything you need to know about A New Legacy before it arrives in theaters and on HBO Max later this month.

As with all of Warner Bros.' major film releases this year, Space Jam: A New Legacy will play simultaneously in theaters and on HBO Max — starting Friday, July 16. It will remain on HBO Max for a month. If you'd prefer to watch the film from the comfort of your own home, you'll obviously need a subscription to the WarnerMedia-owned streaming service. However, unlike Disney+ — which requires a "Premier Access" fee of $29.99 for tentpoles like Black Widow — HBO Max doesn't put any of its blockbusters behind an added paywall. New titles usually drop onto the digital platform around 12 a.m. PST / 3 a.m. EST.

Tickets for in-person theatrical screenings are now available for pre-order. The movie is rated PG for some cartoon violence and some language.

A direct sequel to Space Jam has been in development ever since the original cult classic first hit the big screen back in November of 1996. Joe Pytka had agreed to return as director for the follow-up, which could have featured comedian Mel Brooks as the voice of a brand-new villain known as Berkserk-O!.

The project ultimately fell apart when Michael Jordan decided he didn't want to make another movie, but Warner Bros. didn't totally abandon the whole live-action-meets-Looney-Tunes concept. Several spin-off ideas involving Tony Hawk and Jackie Chan made their way through the studio, though they never saw the coveted greenlight. In 2003, Joe Dante directed a pseudo-sequel to Space Jam with Looney Tunes: Back in Action, which was a critical and box office disappointment.

Even so, fans continued to ask about a true follow-up to Space Jam and in 2014, their prayers were answered when it was confirmed that LeBron James would headline the long-awaited second movie. The title and logo were revealed by James on social media last April. Four months later, audiences got their first glimpse at the newly designed Tune Squad uniform.

Pytka has notoriously been against the movie's production for a while now, stating several times that it won't be able to match the magic of the original.

Booting up the plot

In the sequel, James plays a heightened version of himself, pushing his young son, Dom (played by newcomer Cedric Joe), to follow in his footsteps on the basketball court. Joe isn't really interested in pursuing the sport, which causes an emotional rift between father and son. When Dom is kidnapped by a malevolent A.I. known as Al G. Rhythm (Don Cheadle), James must enter a virtual universe inhabited by the entire Warner Bros. 'toon roster (not kidding) and win a game of basketball against Rhythm's souped-up team of ruthless dribblers known as the "Goon Squad."

A New Legacy's answer to the Monstars, the Goons include: Wet-Fire (Klay Thompson), The Brow (Anthony Davis), Chronis (Damian Lillard), White Mamba (Diana Taurasi), and Arachnneka (Nneka Ogwumike). You can learn a little bit more about them in this ESPN parody video.

Jeff Bergman, Eric Bauza, Bob Bergen, and Fred Tatasciore make up most of the Looney Tunes' voices, while Khris Davis (Judas and the Black Messiah), Sonequa Martin-Green (Star Trek: Discovery) round out the live-action side of the cast.

If the Goon Squad has you pining for the days of the Monstars, Cartoon Network has just the thing: a special commentary crossover with Teen Titans GO!

It was written by Juel Taylor, Tony Rettenmaier, Keenan Coogler, and Terence Nance, and Jesse Gordon and Celeste Ballard. The screenplay is based upon a screen story by Taylor, Rettenmaier, Coogler, and Nance. The entire premise of an NBA All-Star teaming up with the Merry Melodies crew can be credited to Leo Benvenuti and Steve Rudnick, and Timothy Harris, and Herschel Weingrod, the writers of the original Space Jam.