Paramount mailed us a Star Trek flash drive—featuring an image of baby Spock! (above)—that is part of its ongoing viral marketing program that includes dance parties, digital photo booths, Enterprise model displays, artist T-shirts and wallpaper art designed by artists from around the world. You can see some of the wallpapers after the jump.

Dance parties will take place in Paris April 2 at the Social Club, in Berlin on April 12 at Magnet, in London on April 17 at Ministry at The Gallery and in Tokyo on April 24 at Womb. You can see photos of recent parties in Los Angeles and New York.

The photo booths are placed in various locations and will take photos to be featured on the official Star Trek movie Web site as part of a mosaic poster.

Limited-edition T-shirts were created in eight designs by five pop-culture artists and will be distributed at events, including the parties.

The wallpapers were designed by Zuper Blahq; click on the thumbnails to get full-sized versions. 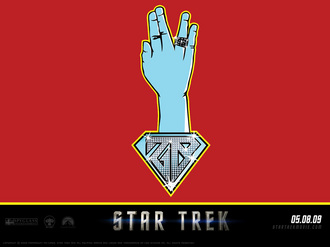 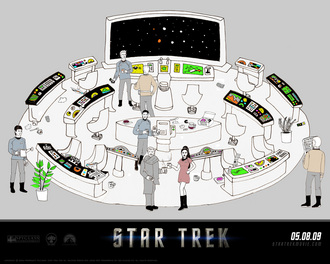 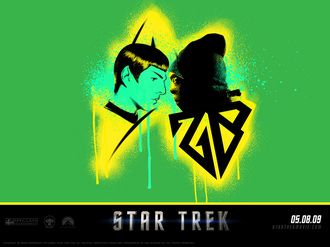