We've got great casting news for that upcoming prequel to John Carpenter's The Thing: Mary Elizabeth Winstead (Grindhouse, Scott Pilgrim vs. The World) and Joel Edgerton (Uncle Owen in Star Wars: Episode III—Revenge of the Sith) will star.

That's the news from The Hollywood Reporter's Heat Vision blog:

Winstead will play a Ph.D. candidate who joins a Norwegian research team in Antarctica after it discovers an alien ship in the ice. When a trapped organism is freed and begins a series of attacks, she is forced to team with a blue-collar mercenary helicopter pilot (Edgerton) to stop the rampage.

A March 15 start date in Toronto is planned. 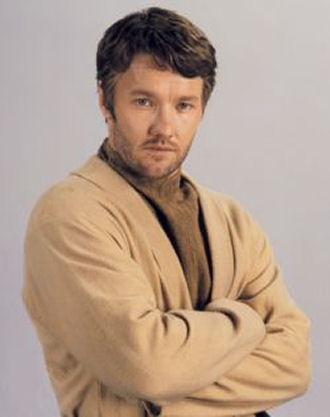 The movie is a prequel to Carpenter's beloved 1982 sci-fi horror movie, which was based on 1951's The Thing From Another World, which in turn was based on John W. Campbell Jr.'s 1938 short story "Who Goes There?"

Matthijs Van Heijningen will direct the new movie, which was written by Battlestar Galactica's Ronald D. Moore and Eric Heisserer, who wrote the upcoming remake of A Nightmare on Elm Street.

What do you think of this pair of good-looking actors? And how about adding a woman to the story, which has always revolved around a group of men (especially one that looks like Winstead, below)?