Syfy just announced the casting of one of our favorite TV actors—Robert Knepper, Heroes' Samuel and Prison Break's nasty T-Bag—as a guest star.

The network also announced that Julie McNiven, last seen as the red-haired angel Anna on The CW's Supernatural, will guest-star.

Following is the official announcement. 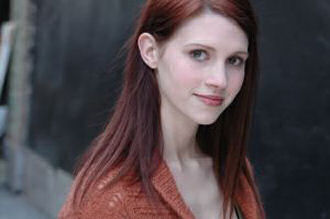 SGU follows a band of soldiers, scientists and civilians, who must fend for themselves as they are forced through a Stargate when their hidden base comes under attack. The desperate survivors emerge aboard an ancient ship, which is locked on an unknown course and unable to return to Earth. Faced with meeting the most basic needs of food, water and air, the group must unlock the secrets of the ship's Stargate to survive. The danger, adventure and hope they find on board the Destiny will reveal the heroes and villains among them.