Remember we reported that Stargate SG-1's Michael Shanks would play Hawkman in an upcoming episode of The CW's Smallville?

Well, TV Guide has posted a sneak-peek image of Shanks in the full costume, which you can marvel at above.

To which we say ... wha? Really? That's their Hawkman outfit?

Well, they tried to stay true to the comic-book look of the character (see below), but given how they've stylized and snazzed up the costumes for everyone from the Flash to Green Arrow over the years, wouldn't you think they'd come up with something a bit less ... cheesy and on the nose? 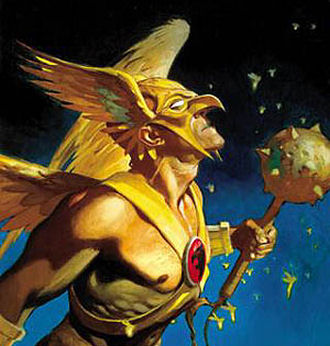 What do you think of Shanks as Hawkman?