Before tonight's premiere, go behind the scenes of Being Human

Syfy takes a bold leap tonight by reimagining a British series that not only is still on the air, but is vastly beloved by fans. However, Syfy's Being Human isn't just a repeat of the original series, according to two of the stars, Meaghan Rath and Sam Huntington, and creators and executive producers Anna Fricke and Jeremy Carver.

While the new series will begin in a similar place and have similar themes, it's really just a jumping-off point.

"We made a point of not watching the episodes of the original first season repeatedly," said Fricke. "We watched them and enjoyed them and then tried to put them out of our minds so that we could have the freedom to use them as a springboard and not be too married to them."

That freedom is giving the writers and the actors an opportunity to truly reimagine the series about what happens when a vampire, a werewolf and a ghost move into a house together with hopes of keeping their humanity. Rath plays ghost Sally, Huntington is werewolf Josh and Sam Witwer takes on the role of vampire Aidan. The British series was originally created by Toby Whithouse, and he's also an executive producer on this new version.

The actors and the creators came together on a conference call to chat about how the two series are different, what Rath went through in creating a character who can't touch anything and what it's like for Huntington to get naked werewolf-style.

"One of the things we strove to do from the very beginning was to basically use elements of the original series while reimaging a series all of our own," said Carver. "And I think that starts with many of the new characters and storylines that we created, and it is carried to a wonderful degree ... with the absolutely incredible and distinct cast that we've had the pleasure of working with, along with all the other filmmakers."

Carver feels the new series "gives a very nice nod to the original version, which for fans of the original, I think, they'll be confronted, in particular, with several situations, characters, moments that they may think they recognize from the original, which are then spun out in very, very different ways in our version." 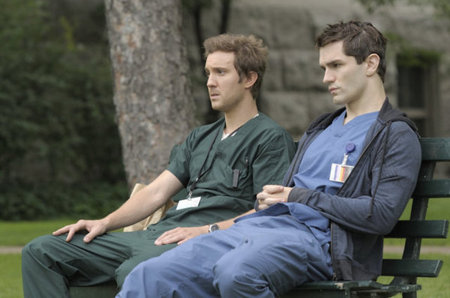 So a vampire, a werewolf and a ghost share a flat

"I think what's amazing is that for the three of us actors, the energy between us in life is very similar to the energy of the characters," said Rath. "And I often feel like the Sam's are my older brothers, which is like Sally's whole situation. They're very protective of me, and it's nice."

According to Fricke, who is married to Carver, these characters want what all of us want, "which is to be normal, to embrace humanity, and they, like all of us, are fighting the monster within ... only they are fighting real monsters."

"The show has a wonderful premise," said Carver. "So I don't know why you would necessarily screw around with that too much. It's got such a wonderful premise and base to it that we pretty much just try to use that as a launching pad." 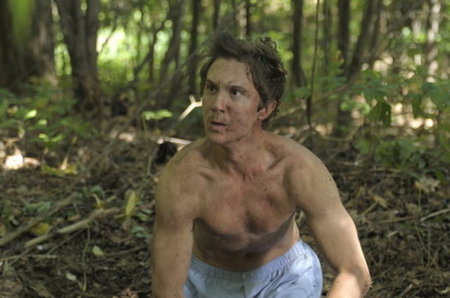 One little problem about playing a werewolf has to do with the inevitable scenes where the werewolf in human form wakes up naked. So what did Huntington think about playing a role that required him to often shed his clothes?

"I would imagine it's a lot like being a prostitute," joked Huntington. "No ... Honestly, literally I think it's like the first paragraph of the first episode of the first script is 'Josh stands naked in the woods.' So I pretty much knew going into even the audition process, that this was something that could be a reality for me. And, to be honest, it was terrifying, but in all seriousness kind of liberating, and it got really easy after a while."

At first there were a lot of nerves, the actor admits. "Needless to say, there's certain tricks that you can employ to hide your good parts, or mediocre parts, in my case, but you just kind of get used to it. And the other thing that actually came into play was the fact that I was so comfortable with everyone on set. It was across the board. ... You know, it was like standing naked in front of your buddies. It got really, really normal. It got really normal, oddly," he said.

However, when it comes to playing a werewolf who isn't entirely comfortable in his skin, "it actually also adds a lot to the vulnerability of the character. So I think I was always actually kind of happy when nudity was the case, because it helped me. It really helped me be more vulnerable. So that's a huge part of it, and an important part."

Josh is defined by who he has become as a werewolf, and it affects every part of his life, said Huntington. "He's ostracized everyone who is special to him, and now he's become this kind of introvert, and he's careful and he's hypersensitive to his surroundings," he said.

"I've been looking for a role like this my entire career, because it's so challenging, because it was so three-dimensional and so interesting. It's been really hard, and the hours were really tough, but luckily we were working with each other, and we love each other so much, and we got each other through it," said Huntington. "So, as challenging as it's been, it's been the love of my life for my career. I have kind of a love affair with this show." 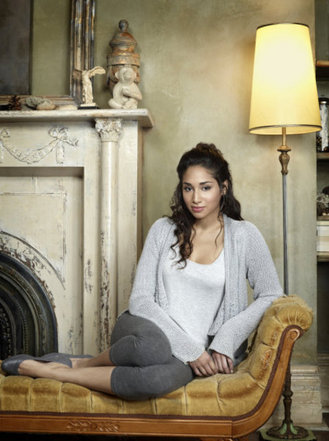 Throughout the first season, Sally the ghost's abilities will change and evolve, but at first she can't touch or interact with anything or anyone, except her two new roomies.

"That is part of her journey throughout the whole season, is how does she come to terms with who she is and what she is, and how does that relate to her physical capabilities?" said Fricke. "So that is something that will be a story point throughout the season of what she can do and where she can go. And the way we always talked about Sally as a character is her abilities, and her ability to transcend her current ghost form is very tied to emotion. So as she comes more to terms with things, she will be able to be more physically capable."

"The fact that she is confined to the house for the first bit, it really helps with the frustration of the character," said Rath. "So it adds to her physical limitations of what she can do. I think that the whole being-invisible aspect of Sally really helped with this feeling, the emotions, of what she's going through."

What also helps Rath is Sally's spirit. "What I like about her so much is who she was in her life, and she was someone so passionate and involved and someone who really wanted to make a difference, and she's still that same person in her death, but everything is stripped away from her. She has this longing to be involved and help people, and now people can't even see her, and she can't even touch anyone. So I think the whole supernatural aspect of that really helps to get into her mindset."

For Rath Sally seems like a real person. "It is a really, really challenging role. ... She's going through so much in this season. I mean, she starts off one way and ends somewhere completely different. And as an actor it's something so exciting to be able to do, and it's really ... it's been amazing to explore all those different sides of myself," she said. 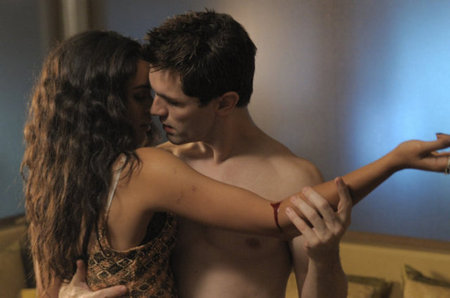 The challenges of Being Human

"It's that interweaving of the old and the new that was the biggest challenge," said Carver. "But often beyond the challenge it was a great, great sort of adventure. ... That's right, he just called it an adventure. Given that we were put in a position where you've got this whole canvas laid out in front of you, they've got six episodes, we've got 13. And we're basically saying, 'Okay, well, we like this, but what if we did this?'"

One concrete example is the character Bishop, played by Lost's Mark Pellegrino, "who is loosely modeled after the character of Herrick in the original show. And we said to ourselves, well, gosh, you had this amazing, amazing relationship here in the present. These two have known each other for 200, 250 years. There ought to be a history there worth telling. So we spent a good portion of this season one investigating the relationship between Aiden and Bishop through flashbacks, and we introduced a lot, a lot, of surprising twists and turns in that relationship, which really makes the present day, in our minds, that much more richer," said Carver.

"We're not going to try to change things that are working beautifully," said Fricke. However, they are "saying to ourselves, 'Well, what if this happened with this character? What if this storyline took this turn?' And I think that the more we were able to give ourselves the permission to use original storylines and different endings to certain stories that may be familiar to people who watch the original episodes, the more successful we [will be]."

Being Human premieres tonight at 9 p.m. ET on Syfy.

Are you going to watch it?