6 most awesome Stephen King horror films (plus 3 that sucked)

A number-one fan, a telekinetic teen and a haunted hotel star in the 10th of our 31 specials for the 31 days of Halloween—the best and worst horror films based on the works of Stephen King. And we're talking horror films here—otherwise the un-scary Stand By Me, Shawshank Redemption and The Green Mile would certainly make the top five.

The list also omits TV movies, miniseries, individual segments of TV anthology shows like Twilight Zone, sequels to King adaptations that had more to do with exploiting the original films than bringing King visions to the screen and the many, many "Dollar Babies," amateur films made with King's permission that never achieved theatrical release.

Come back tomorrow at noon for the most gruesome horror movie posters ever! 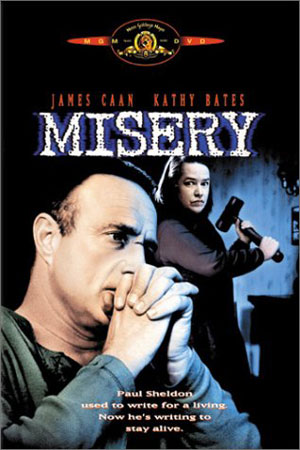 Injured author Paul Sheldon is confined to a bed in the care of his deranged "number one fan." James Caan's lead performance is every bit as trapped and miserable as the actor—usually a dynamo of energy—must have felt. The close-ups of Kathy Bates, radiating insanity as the sweet but violent Annie Wilkes, are as scary as any number of CGI monsters. 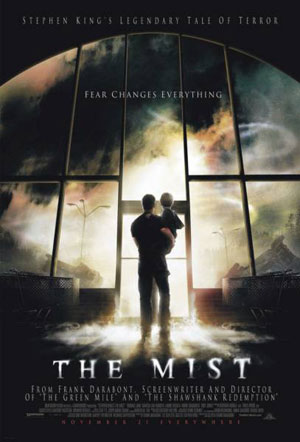 The best of the monster-movie Kings, this pulpy tale of monsters attacking shoppers trapped in a supermarket marks one of the few times CGI has ever been scary. For a bonus, there's the ending, a substantial alteration to the one in King's original story. It redefines the phrase "genuinely messed up." 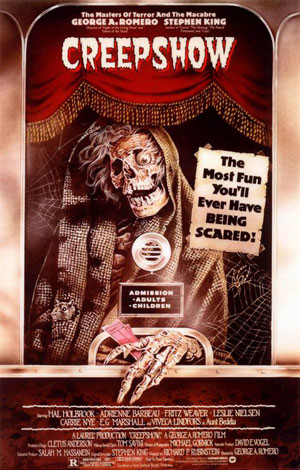 All right, so not all of this tongue-in-cheek anthology film that King and director George Romero crafted as a tribute to the horror comics of their childhood works at the level intended. The first story, about a zombie determined to get its share of Father's Day cake, is just about as bad as any King adaptation on film, and the rest are a mixed bag. But I confess a deep admiration for segment number three, "The Crate." Veteran character actors Fritz Weaver and Hal Holbrook, playing at the height of their respective gifts, have a fine time dancing the line between campy and genuinely chilling in this dark comedy about a pair of professors with different approaches to the problem of the monster in the box under the stairs. 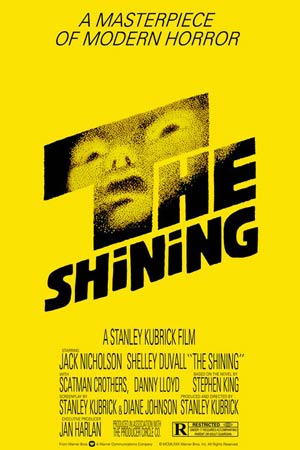 King was so unhappy with Kubrick's adaptation of one of his best novels that he didn't rest until he remade the film as a TV miniseries. And, granted, it's not the book he wrote, but the film about a family that spends a winter in a haunted hotel is still a chilly if flawed masterpiece, never scarier than in the scene where Wendy (a battered Shelley Duvall), sneaks a peek at the manuscript her loopy husband has been writing. 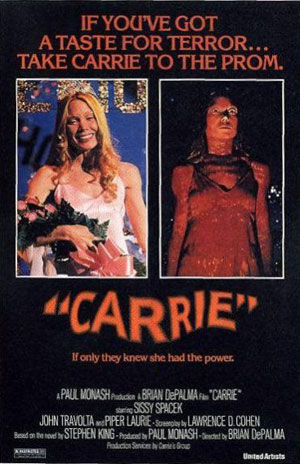 The climactic rampage of put-upon telekinetic Carrie White (Sissy Spacek), who has just been humiliated at the prom, packs a terrifying wallop even if we do think she kind of has a point. 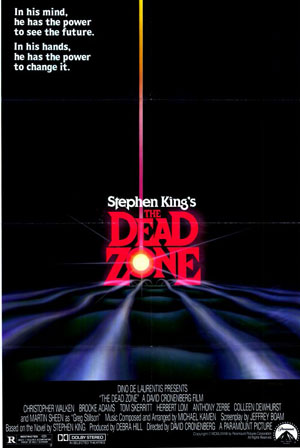 Less a horror movie than the tragedy of a good man who finds himself saddled with an awful responsibility, this tale of the last few years of a clairvoyant schoolteacher has some sequences that would do any full-out fright film proud. The confrontation with Deputy Frank Dodd is one, and so is the climax at Greg Stillson's political rally.

And now for the three worst: 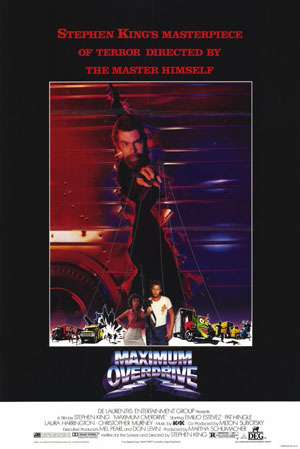 Based on the frightening short story "Trucks," about diesel-powered behemoths taking over the world. A mess on almost every level. It was directed by Stephen King himself, who cheerfully described it as a "garbage movie," suggesting a truth he later confirmed in his columns for Entertainment Weekly, which is to say that he had a hell of a future as a movie critic. As a director, though? Not so much. 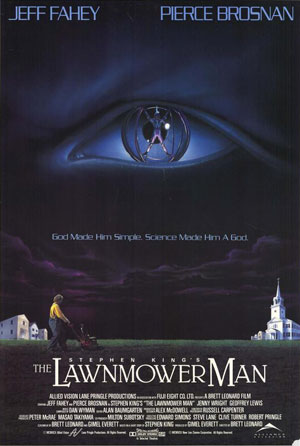 The short story King originally wrote is a vignette about the forest god Pan, transplanted to suburbia. The makers of the movie decided to put King's name above the title of their FX-driven film about virtual reality imbuing a simple-minded gardener with godlike powers. King sued in order to get his name removed. Let's just say it was a good use of legal clout. 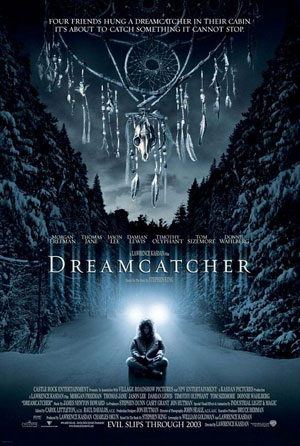 King's gamiest late-career novel, a gooey alien-invasion story that reads as though the author took every successful element from his better works and churned them up in a blender, was not much improved despite a screenplay by William Goldman and Lawrence Kasdan, who had spun gold out of straw before. But here? When you have to rely on "sh*t weasels," you've already lost.