Well, how about a little zombie apocalypse action by way of Reno?

"I know people are not used to hearing about zombie movies being fun, but I think Chiller made a fun zombie movie here," said Niles (30 Days of Night) in an exclusive interview. "Fun and scary, and you get your zombies, and you get your blood and guts, and you get your shooting, and you get your relationships. I think if people go in with the right attitude, the way I did when I sat down to watch my TV movies [like the original Night Stalker], I think people will just have some fun with it. Not criticizing at all what's happening on TV, because this is probably my favorite period of TV drama."

"All the good ones—I mean, Walking Dead, Boardwalk Empire, Breaking Bad—they rip your freaking heart out," he said. "I love it, but I'm winding up like I gotta watch Anchorman after I watch it just so I can shake off. So with Remains, we're not going to be ripping anyone's hearts out. This is good, straightforward fun and fear."

And, he admits, a little face-ripping. Way better than heart-ripping!

"You definitely get your blood and guts in there, too. So I hope people will really just enjoy it and have some good scares and fun," said Niles. 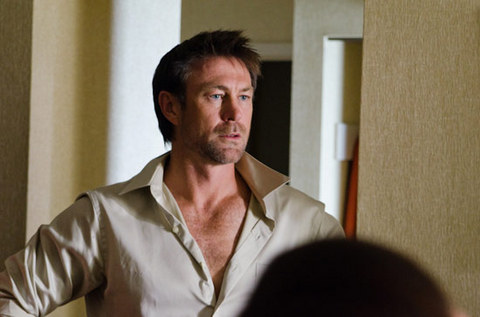 The story, based on the IDW Publishing graphic novel by Niles and illustrated by Kieron Dwyer, is set in Reno after a bizarre accident has turned most of the world's population into zombies. The action follows a blackjack dealer (True Blood's Grant Bowler) and a waitress (Evalena Marie) as they struggle to survive against the undead, who steadily become stronger, smarter and more aggressive. Steve Niles' Remains also stars Heroes' Tawny Cypress, Fringe's Lance Reddick and Miko Hughes (Pet Sematary). John Doolan wrote the script, and Colin Theys directed.

"A lot of people are discovering zombies now with Walking Dead, but I grew up on George Romero and [Lucio] Fulci and Night of the Comet," said Niles.

Niles is a prolific comic book writer and novelist who is known for 30 Days of Night, Criminal Macabre, Simon Dark and Batman: Gotham County Line. According to Wikipedia, he is "credited among other contemporary writers as bringing horror comics back to prominence." 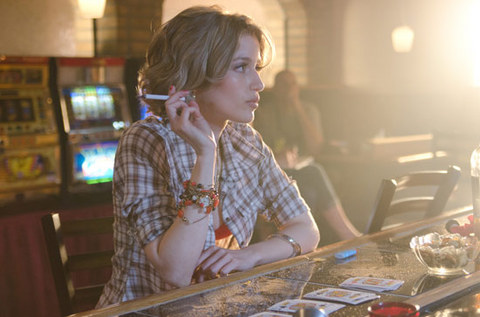 When he started working on the Remains graphic novel, "there was another surge of zombie popularity at that point. It was when Romero's Land of the Dead had come out, and Walking Dead was starting to get popular—the comic—and I'd just been doing all kinds of horror comics, and I wanted to do a zombie story. And what really attracted me about it was the fact—and with most zombie comics, or stories, I think—it's the characters that are the most important. And the situation. So the fact that we had this waitress and a blackjack dealer who hated each other trapped inside a casino in Reno—they don't even get the classy Vegas, they're in Reno—that idea just fascinated me," said Niles.

"And for the comic, what it was very much about was about relationships. And it turned into this relationship between Tom and these two women. So to me, that's what the story was always about. Audiences are so well-educated. Everybody knows what zombies do now. And if you board up the house good and you stay inside, you're safe. Not in Remains. In Remains, they're going the other direction. They don't have one M.O. And some can use tools. So you can't sit back and just relax. So I had a lot of fun with that."

Grant Bowler takes on the pivotal role of Tom, who finds himself trapped, literally, in a toxic relationship with Evalena Marie's cocktail waitress. "He is so awesome. I always felt bad, because whoever played Tom, the first thing they had to be told is, 'Well, you're kinda dumb. You're not the brightest bulb in the drawer.' And Grant just embraced it and played it off so well that I think he even makes Tom a lot more charming than he comes off in the comic, you know? So I was really happy. And Evalena is absolutely wonderful as Tori. Again, playing an unlikable character," he said.

While the movie Remains takes a few liberties with its source material—for example, the zombies do NOT talk—Niles is thrilled how much of the plot, character and dialogue stayed the same.

And when it comes to seeing his name above the title of the movie, well, that's an entirely different thrill for him. 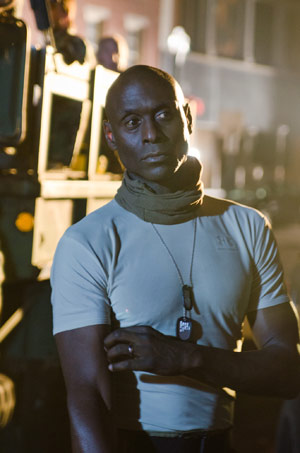 "That was a big surprise. And I cannot say enough about Chiller and the guys at Chiller really putting me out there. And I'm really hoping that Remains is the first step to a much larger partnership with Chiller," said Niles.

So what's next for the busy renaissance man? "I'm working on so many things right now. I've got the monthly 30 Days of Night comic from IDW. I'm doing a Frankenstein sequel with the legendary artist Bernie Wrightson at IDW. And then I'm doing the comic for Criminal Macabre at Dark Horse, while we're simultaneously developing it for a movie at Universal."

In the meantime, he just hopes people "will really just enjoy Remains and have some good scares and fun."

Are you up for a fun zombie flick?