Written by LiveJournaler Bitter-Crimson back in 2008, this particular example of slashfic is new to us, so we're hoping it'll be new to you, too. And it isn't your typical (yes, typical) story of two previously heterosexual men who finally express their love for each other. No, it's told with photographs. And instead of using photographs of the characters of John Sheppard and Rodney McKay, she uses ... 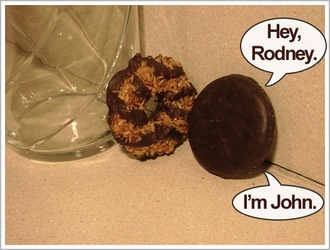 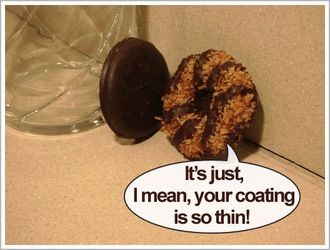 And then there are the ones that are a little too homoerotic for prime time.

But we strongly suggest you check it out here, because this slashfic is funny, sweet and original. We enjoyed it as much as we enjoy eating Girl Scout cookies.