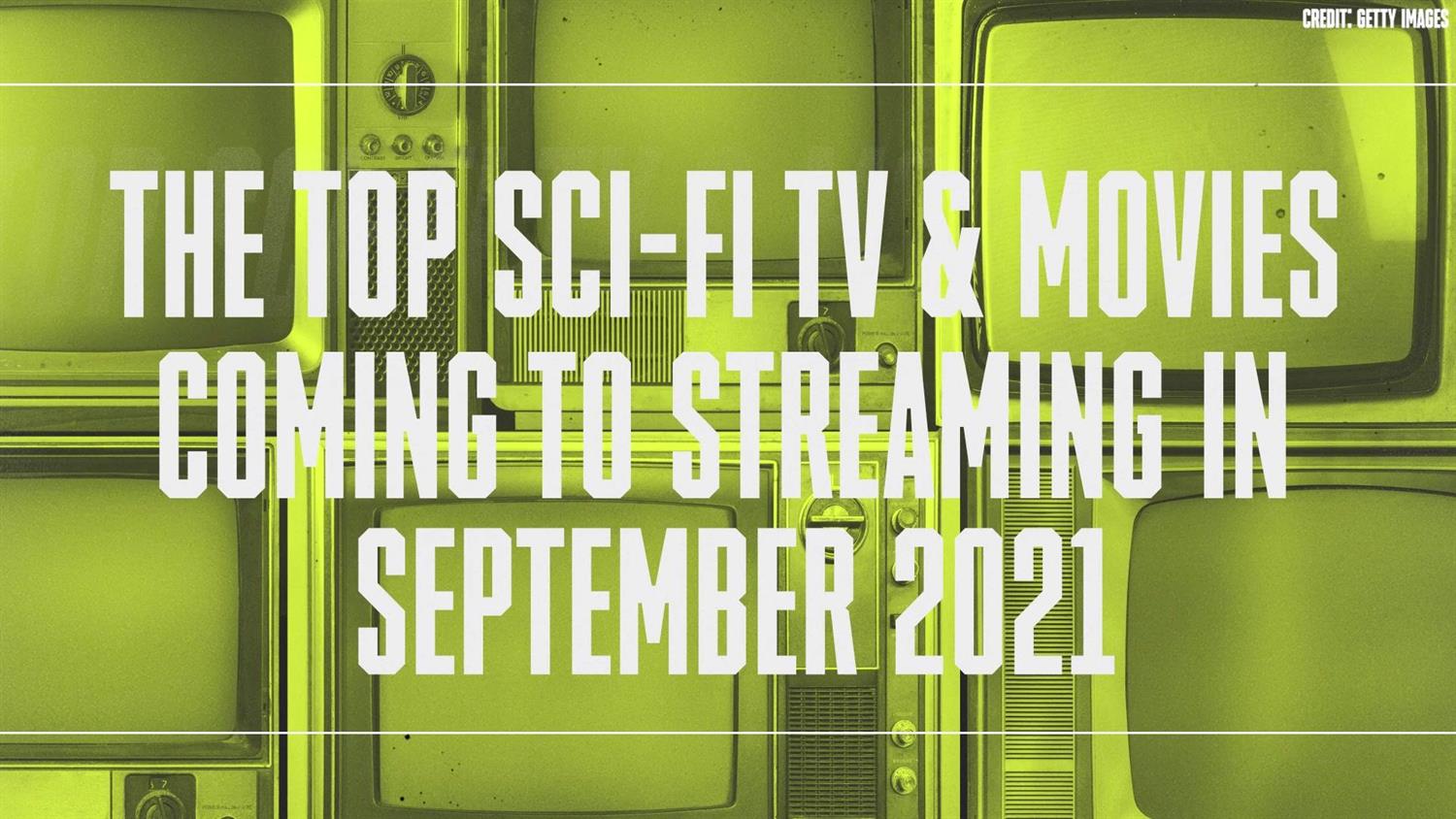 From 'Y: The Last Man' to 'The Lost Symbol': All the sci-fi TV and movies coming to streaming in September 2021

It’s an absolutely loaded month on streaming, with pretty much every service bringing a major genre project to kick off the fall season. Like, seriously, you’re gonna need to carve out time to watch them all.

Let’s start things off with the OG. Netflix has the sixth and final season of Lucifer, another new He-Man animated series, and the buzzy new Mike Flanagan horror series Midnight Mass. HBO Max has the dual streaming/theatrical release of the new James Wan horror film Malignant, plus the third season of the acclaimed DC Comics series Doom Patrol. Peacock has the Dan Brown-based drama The Lost Symbol, plus the launch of the new game show series Frogger.

Disney+ doesn’t have any massive new project this month but a few interesting ones with the anime series Star Wars Visions, plus new episodes will be rolling out for the animated MCU series What If…?. Hulu is dropping one of its most anticipated new shows with the long-awaited Y: The Last Man adaptation; and Apple TV+ has the series premiere of its sci-fi epic Foundation.

Believe it or not, all that was just the highlights. Check out the full rundown below and set your streaming agenda accordingly.

Malignant (Warner Bros. Film Premiere): James Wan makes his return to the horror genre and jumps back into the director’s chair for this mysterious new scare-fest. The film stars Annabelle Wallis, Maddie Hasson, George Young, and Michole Briana White. The studio has also kept mum on the premise. Here’s all WB has released in regards to a plot tease: Madison is paralyzed by shocking visions of grisly murders, and her torment worsens as she discovers that these waking dreams are in fact terrifying realities.

Doom Patrol: Max Original Season 3 Premiere: After a second season cut short due to the COVID pandemic, the weirdest (and arguably best) superhero series on TV is finally back with new episodes. Much like Titans, this also marks the first season to drop on HBO Max, following the shut down of the DC Universe streaming service. The show is funny, ambitious, heartfelt and brilliant. Definitely give it a look if you missed it the first go ‘round.

Superman & Lois: Season 1: This series has been a solid hit during its first season on The CW, but with “Superman” in the title, it stands to reason it might find even more fans on streaming. The show is basically the sweet spot where Friday Night Lights meets Man of Steel, which might sound weird — but it works. The show follows Clark and Lois as they raise their teenage sons in Smallville, all while (of course) keeping the world safe from alien threats.

Dan Brown’s The Lost Symbol: Based on acclaimed author Dan Brown’s 2009 novel of the same name, this series stars Ashley Zukerman as a young Robert Landon, who is swept up in a new mystery filled with mind-bending puzzles, drama and plenty of twists. The series is one of the most buzzed about new Peacock projects on the slate.

Frogger: Looking for a new game show obsession while we wait for the return of Netflix’s Floor is Lava? This could do the trick. Putting a Wipeout-y spin on the classic video game, the show challenges contestants to make it through a Frogger-esque obstacle course loaded with wacky challenges.

La Brea: This new NBC sci-fi series will also be streaming on Peacock. The show follows the events around a mysterious sink hole that leads to a primeval world at its bottom. Think a modern day Terra Nova, except these explorers don’t seem all that prepared to be thrust into such a fantastic adventure.

Lucifer (Season 6): The hit original series, which started life on Fox and spent the past few years on the streamer, is finally coming to an end. Loosely based on the comic of the same name, the series follows the Devil as he solves crimes and tries to manage all kinds of celestial chaos in the process.

Nightbooks: When Alex (Winslow Fegley), a boy obsessed with scary stories, is trapped by an evil witch (Krysten Ritter) in her magical apartment, and must tell a scary story every night to stay alive, he teams up with another prisoner, Yasmin (Lidya Jewett), to find a way to escape.

He-Man and the Masters of the Universe (Season 1): That Kevin Smith revival wasn’t the only new He-Man project hitting Netflix. If you’re looking for something a bit more kid-friendly with some sci-fi flair, this CGI semi-reboot of the old mythos looks to bring the franchise to life for a whole new generation of young fans.

September 16
Birth of the Dragon
He-Man and the Masters of the Universe (Season 1)
Jaws
Jaws 2
Jaws 3
Jaws: The Revenge

Marvel’s What If…?: New Episodes: The latest MCU series continues this month, with new episodes rolling out weekly. The show has put an animated spin on the Marvel canon, telling alt-universe stories that explore how things in the MCU may have changed if heroes (and villains) made different choices along the way.

Star Wars: Visions: This is the magical sweet spot where anime fans get their Star Wars fix, as this new original series reminagines the galaxy far, far away with seven visionary Japanese anime studios taking a crack at Lucasfilm’s wider world.

September 1
Marvel Studios Legends: The Ten Rings
Monsters At Work: “It's Laughter They're After”
Marvel’s What If…?: Episode 4

September 8
Marvel’s What If…?: Episode 5

September 10
Pirates of the Caribbean: On Stranger Tides

Y: The Last Man: Three-Episode Series Premiere (FX on Hulu): Based on DC Comics’ acclaimed series by Brian K. Vaughan and Pia Guerra, Y: The Last Man traverses a post-apocalyptic world in which a cataclysmic event decimates every mammal with a Y chromosome but for one cisgender man and his pet monkey. The series follows the survivors in this new world as they struggle with their efforts to restore what was lost and the opportunity to build something better.

The Premise: Series Premiere (FX on Hulu): The Office alum B.J. Novak has kept the secrecy maxed out for his new anthology series, but best we can tell, it’s Black Mirror through the lens of… well… The Office, maybe? Regardless, this looks like one to keep an eye on.

September 3
What We Do in the Shadows: Season 3 Premiere (FX)

September 22
The Adventures of Paddington (Season 1)

Apple TV doesn’t try to compete with quantity, just quality. The big new series this month is the sci-fi epic Foundation, based on Issac Asimov’s book series of the same name. It aims to tell a massive, thousand year saga, loaded with A-list stars like Lee Pace and Jared Harris. The series premieres on September 24.