Supernatural season 5: Everything you need to know

Most TV shows that threaten the apocalypse stop short of the final act: Call it hades interruptus. But not The CW's Supernatural: As avid fans know, the demon-hunting Winchester brothers, Sam and Dean (Jared Padalecki and Jensen Ackles), inadvertently released Lucifer from hell in the fourth-season finale, setting the stage for the end of the world, and creator and executive producer Eric Kripke promises a big ol' scorching of the Earth in the upcoming fifth season.

"Oh, it's the Apocalypse," Kripke and his fellow co-executive producers Sera Gamble and Ben Edlund said in a small group interview last month. "We're not promising the Apocalypse and then hedging our bets." (Major spoilers ahead!)

"However, we are doing the Playhouse 90 kind of apocalypse," the ever-quirky Edlund added with a laugh. "It will be like, 'Well, we don't have too much money, so don't swing the camera over there. We have to focus on the ruin we just made!' But that, to me, is interesting, because it's strategic. It's a puzzle to solve, and there are a lot of weird little details that we can throw into this notion of it being an Apocalypse. I've been on a lot of pre-apocalyptic shows, like Angel, where we get right to the moment, and that's the end. I loved it, but to be on a show that just goes 'F--k it! Let's do it!' and actually tries to navigate a sustainable, dramatic Apocalypse with almost no money is worth going to work for, I think."

The writers explain that Sam and Dean will spend the majority of the season trying to restore their own broken relationship while trying to stop Lucifer from truly destroying the Earth.

"We are not pulling our punches this season," Gamble said about the dire stakes involved. "But I'll tell you, it's not as dark as I thought it would be. Last season was pretty much suicidal at points, especially with Sam going so dark. I'm finding this Apocalypse surprisingly amusing. We are having so much fun with it, since it's balls to the wall."

She continued, "We are telling stories about the Horsemen of the Apocalypse. We went A-list right away, so they are a completely other species. We had to ask ourselves, 'What are they? Are they demons or angels? What do they do, and how do they feel?'" 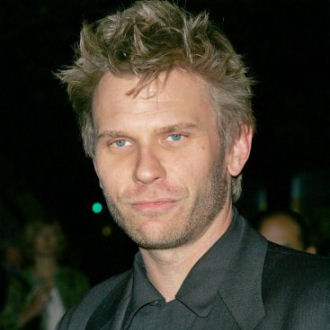 And then there's that guy, Lucifer, who throws down with the Winchester boys, who are trying to contain him in hell once again.

"We were careful not to go with a typical take on Lucifer," Gamble explained. "Our Lucifer is played by Mark Pellegrino, and many people know him from Lost [he played Jacob]. He's beautiful and gentle, and he has a very, very good [expletive] point to make. As with the best of our supposed villains on our show, he is maybe almost as right, or righter, than the good guys. We also said our angels are going to be dicks. We have a spectrum where some of them are good or seem to be bad with ulterior motives. Lucifer is on that spectrum, and you might expect him to be all the way on the end of evil, but that's not necessarily true. He has a very complex and interesting point of view, so he has been fascinating to unlock and figure out and understand. I am really excited about him and that he's a real presence in the story arc."

Of course that logically leads one to ask: Will God himself show up to deal with Lucifer? Kripke has a frank answer: "Yes."

"We are going to meet God this year," Kripke revealed. "Not anytime soon or in the first run, but God is a character. It has led to hilarious and heady times in the writer's room of Supernatural: trying to [story] break God's motivation. What's God want in this scene? We start laughing, because Gossip Girl's not having this problem." 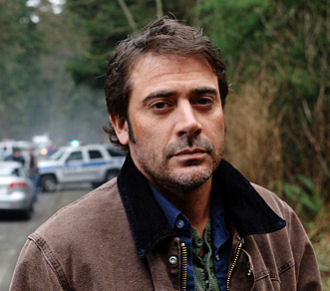 Aside from the new faces and characters, the writers also want fans to know that a lot of familiar faces will be showing up all season long too. "One of the good things about having a fifth season show is that you have history and can pull in characters that have automatic backstories and meaning," Kripke explained. "That's always so much more fun than trying to break a new character. Rufus [Steven Williams] and Ellen [Samantha Ferris] come back as a hunter duo now. He insisted on hunting, and Ellen insisted that he's hunting with her. Meg is back, just not in the meat suit of [actress] Nicki Aycox. I would have loved to have had it in the meat suit of Nicki. We literally spent out the logic of how that could happen, and we couldn't. But she's in the body of the talented actress Rachael Miner. We are trying to bring back as many as we can: Chuck [Rob Benedict], Zachariah [Kurt Fuller]. I love our recurring cast of players."

One character that fans and the writers would like to see return again would be Sam and Dean's father, John (Jeffrey Dean Morgan), who was killed in the second season. Since then, a younger John has appeared in the series, played by another actor in flashbacks, but Kripke said he'd love to woo Morgan back once more.

"It's all scheduling with the major movie star that is Jeffrey Dean Morgan," Kripke half-joked. "What with Watchmen, and it seems like every day I read about some new movie he is starring in. The scheduling would be challenging, but if he is up for it and wants to do it, I would love to have him back. It seems like the one character that you would want to see back and find out what his spirit has been up to."

Despite the fact that Kripke has adamantly said for years that he had a hard-and-fast five-year plan for Supernatural, the series is still a solid performer for The CW, and stars Padalecki and Ackles are signed through a sixth season. Now everyone is saying maybe about another season, including Kripke.

"We are leaving the possibility for a new story to begin," he admitted.

Gamble said she's happy this season might not be the end. "I have always thought there is a really solid repeatable franchise to the show," she said. "And I am curious about what happens after this season."

Edlund added, "I think that it's novel, and it's something that started with a deceptively simple premise of a muscle car, beautiful men and ghosts. It's gone from that beginning, which was a beautiful Saturday-matinee creature feature movie to family to demons and an arc. It's a five-year arc. If we go to six years, we are going to have to actually use the Koran or go to a Mormon planet," he joked. "It's going to have to be weird!"