If you're a fan of Supernatural, then you're well aware that no one is safe from the fickle finger of death, not even Dean Winchester (Jensen Ackles), the co-lead of the show, who was killed at the end of the third season and sent to hell. So any actor cast on the series knows that making it out alive to the end of any episode is tantamount to a miracle.

Yet aside from Sam (Jared Padalecki) and Dean, there are two other lucky characters who have managed to buck the ugly Supernatural odds: the angel Castiel (Mischa Collins) and the hunter Bobby Singer (Jim Beaver). While other guest stars and recurring characters have eventually dropped like flies, both are still kicking. In fact, this season both characters will step up out of the shadows and become major players in the mighty apocalypse that series creator Eric Kripke is unleashing on the Winchesters and the world in season five.

Last month, Collins and Beaver came to Comic-Con in San Diego to promote the fifth season of Supernatural and revealed some tantalizing clues about their new roles in a small group interview.

Collins confirmed he will be a season regular for the fifth season and that the notoriously emotion-challenged Castiel will align himself with Team Winchester. "I think it's safe to say that I am with them," Collins admitted with a pause. "Well, it's not that simple, really, because we are angry at each other. But I think we have the same end in mind, but maybe we have different ideas of how to get there."

That end would be ultimately keeping the demons of hell and Lucifer at bay. Collins said he has no idea if that is even feasible. "Basically, at this point, Sam and Dean screwed up and triggered the apocalypse," he said. "Now it's a matter of trying to reverse the process or mitigate the damage. The apocalypse is unfurling, and now we are hunted by both angels and demons. I think last season felt like at least the angels were our allies to fall back on, and now we don't have that. It's just a handful of people fighting all of the most powerful beings in the universe."

For Beaver, it's all a bit more murky for his character, Bobby Singer. "There is a big surprise coming in the first couple of episodes, and it's going to be a pretty radical experience involving Bobby," the actor revealed. "Put it this way: I was shocked."

As he wrestled with what he could tell, Beaver said, "I have no idea how they are going to pull off what they have in mind. I presume that they will, but I have no idea where they are going with what's happening with Bobby, and that is both exciting and scary. I am sort of in the dark, and this plot shift is so powerful and opens up so many possibilities that I have no idea which one they are going to pursue. I'm curious. So much so that this is the first year that I have asked Eric [Kripke], 'Can you give me a clue? Not if I am going to have a job, but what's coming up?' He's actually told me a little bit, but not much has to do with Bobby, so it's still a mystery."

So what's the secret to this duo's survival on Supernatural when others have succumbed so quickly?

Both men said they don't have a clue. 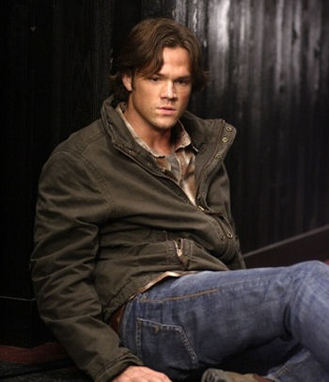 "It was totally surprising," Collins said about his return and upgrade. "I didn't know that my character was going to be anything more than a couple of episodes' arc and then gone again. My impression of the show was that a lot of supernatural beings come and go, and I'm just one of them. But then I never managed to go, which was pretty cool. So it was completely unexpected in every way."

The same can be said for Beaver, who first appeared in the tail end of the first season as a fellow demon hunter and former close friend of the Winchester boys' deceased father, John (Jeffrey Dean Morgan).

Reflecting on his four-season run to date, Beaver laughed. "Any time I make it to the end of the episode I am in on any show, I am pretty excited," he said. "The fact that I have 25 or so of them under my belt on [Supernatural] is exciting and surprising. It's funny, because when I did my very first episode, the crew was very encouraging and said, 'We don't get guest stars who survive, so this is really cool. Maybe we will see you again.' And son of a gun, here I am."

Over the years Bobby has come to help fill the father-figure void that John Winchester left after his death. "Some people weren't happy with John dying, but I was," Beaver joked. "It was just the jump my career needed. I think, storywise, it's really rich for [Sam and Dean], especially because they had such a strong but intense relationship with their father. But with me they get to experience something like a father/son relationship that's different from what they grew up with, and that there are certain things that they missed growing up that they can have now. I think it's richer than just banging heads with their dad. Now they can see what it's like to have somebody looking out for them as well as keeping track of business." Supernatural returns Sept. 10 at 9 p.m.