Recap: The Roman Agency narrowly avoids its own Red Wedding on this week's SurrealEstate

What's a wedding without a little stress? After all, there are those pesky seating arrangements, the ever-changing menu, the music — and we mustn't forget the gauntlet of near-death experiences the bride must overcome before she can walk down the aisle. That is, if your wedding is taking place in the world of SurrealEstate.

At least that's been the experience of Priya, Susan's (Sarah Levy) childhood friend, as she plans to get married to her fiancée Leon Batiste in her family's gorgeous, gorgeous Victorian house.

The Roman Agency eventually offers up their services, but the realtor-client relationship definitely gets strained because of Susan's close relationship to Priya. Will this hardship break their friendship? 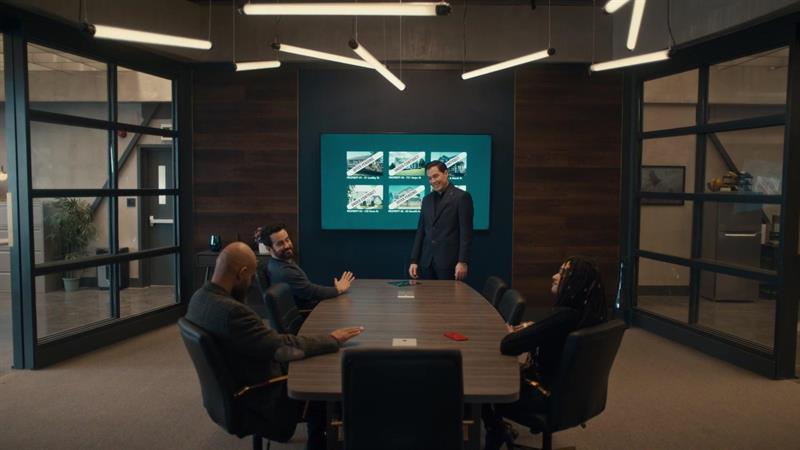 It's the night of the bridal shower, and Susan's childhood friend Priya cuts into what will be the first of several cakes — only to find that instead of layers of sugary goodness, out oozes human blood. Make no mistake: This is no culinary mishap. This is a bad omen.

It's also not the first she's experienced. As Priya and her widowed mother recall, there's been a lot of funny business happening during the run-up to the wedding. And by funny business, we mean attempts on Priya's life. Moreover, Leon's wheelchair-bound Aunt Ruby thinks so too, and expresses it in her own, idiosyncratically cryptic/creepy way.

Case in point: The next night while Priya is trying on her dress the bodice tightens on its own, nearly to the point of asphyxiation. Luckily Susan is close by, and uses her telekinetic powers to unlace it just in time. In any event, this is a case for the Roman Agency.

The crew swoops in to do a full sweep of the house, and learn more about its inhabitants — both past and present. Luke (Tim Rozon) pays close attention to Priya's deceased father Dev; though a loving, devoted father and practicing Hindu in life, perhaps death has made him possessive and vengeful toward his survivors, prompting him to use his new powers to hold onto his daughter as long as he can. But Priya is resistant to the idea that her father would do anything in the afterlife to harm her in this one.

So to bear out their hypothesis, the Roman Agency attends Priya's rehearsal dinner, where Luke can get to know the enigmatic Ruby better — he finds out she has telepathic powers like he does, and so August (Maurice Dean Wint) can snap some EKG pics. When he reviews them the next day at the office, he discovers that Leon — not Ruby — is carrying around some seriously heavy metaphysical baggage.

This prompts Phil (Adam Korson) to do some digging of his own on Leon in the hall of records, and what he finds is, in a word, alarming. For generations, the first loves of the Batiste men have all died shortly after their wedding nights — sometimes within just hours. If the tradition holds constant, Priya could be in a great deal of danger.

Luke, Susan, and Phil rush over to the house to break the news to Priya, and to possibly intervene, when Aunt Ruby — in a moment of uncharacteristic lucidity — fills in their knowledge gaps: Back in 1926, Leon's grandfather broke his betrothal to a woman in order to marry his true and first love. In turn, the mother of the spurned bride put a curse on all the Batiste men, such that all their first loves would die shortly after marrying.

The curse ramps up its attempts to deprive Leon of Priya, so the Agency must act fast: If they can somehow manage to marry her ahead of schedule, they could potentially break the cycle. So "Father" Phil, with an emphasis on the "father," steps in to officiate. And while he's reading the rites Priya senses that the spirit of her father intercede on her behalf, beating back the forces of vengeance.

The curse is broken, calm returns to the house, and pervading the air is the smell of marigolds — the flower Priya's father Dev was so fond of. Her intuition was spot on: Even death couldn't deprive the man of his eternal love for his daughter. 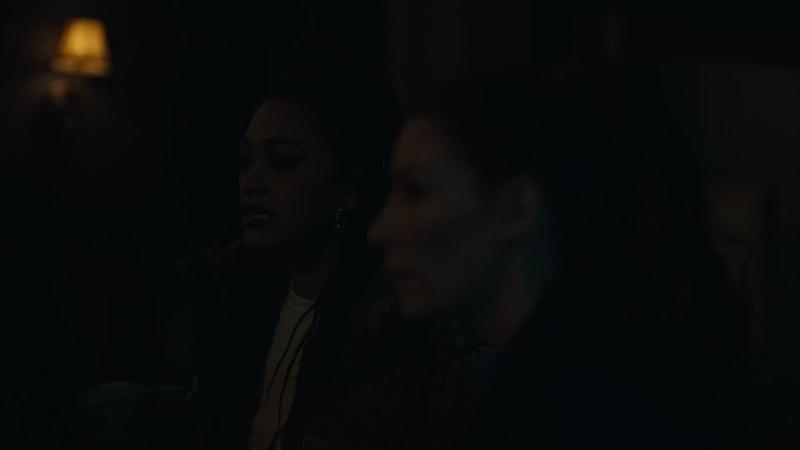