Recap: 'Father' Phil must exhume his past life as a man of the cloth to solve a mystery in SurrealEstate Episode 5

If there's one thing that we've learned from SurrealEstate, it's that the past doesn't die — it can only get easier to live with.

It's a fact that "Father" Phil (Adam Korson) has a hard time squaring in his own life as a paranormal detective, as a former priest, and as a human being with feelings, fears, and faith. In his line of work, he's seen some things he'd like to forget; things that test his belief in a just and merciful God.

SurrealEstate recap: In the season finale, we plumb the dark depths of the Donovan House to unearth Luke's trauma
SurrealEstate's Tennille Read has a lot of hope for Megan Donovan & the Roman Agency's future

In Episode 5 of SurrealEstate, that test nearly breaks him. 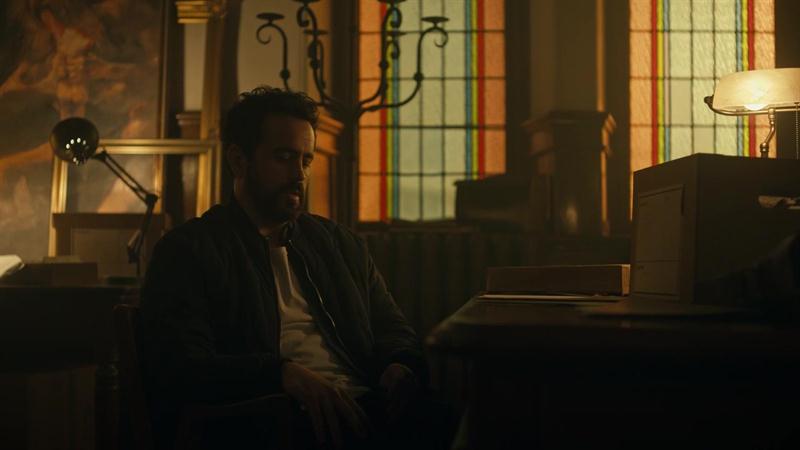 The Roman Agency's latest client is Grammy award-winning hip hop artist Damon (Cassius Creightney) and his entourage, who are looking for a house to cut his latest album. Luke (Tim Rozon) knows just the place: Cortona House. Once an annex of the local Catholic Church where the erstwhile "Father" Phil presided, it is now being stalked by its ghostly former owner Russell Vaughan III (Don Ellis), an oil tycoon with a reputation that makes other oil tycoons sound like candy vendors.

Father Phil and August (Maurice Dean Wint) manage to exorcise Russell handily, but there still seems to be an otherworldly presence lingering about. They can tell what it might be based on instinct — and also Luke finds a slinky slinking down the stairs by itself, and a toy fire truck being rolled his way. Who or whatever is hanging about, it seems to want to play.

Looking for some answers into the mysterious circumstances under which the Church used Cortona House, Phil drops in on his old digs and starts firing off some uncomfortable questions. The visit is a bit awkward for Phil who, rebellious by nature and dauntless by practice, left the Church because of a crisis of faith and, as a gay man, its stance on homosexuality.

Phil won't be deterred easily. Even after the Mother Superior Sister Mary Ellen (Diana LeBlanc) refuses to part with any details relating to Cortona House, the junior Sister Yasmin (Christie Stewart) offers him a file on the property for his perusal. Don't let the habit fool you: Yasmin is down to ruffle a few feathers if the cause is right.

While poring over the Cortona House file, Phil feels compelled to confess something to Jesus — or rather, a painting of Jesus hanging in the church library. He had been at a property recently and saw a haggard, scared, and spectral little girl in a torn dress crouched in a corner. Judging from the house's child services records, she must have been a victim of great trauma, and Phil left the home shaken and disturbed.

But when he walked out into the open air, he caught a few strains of Mozart's Requiem — a chorus nearby was rehearsing the Lacrimosa. The music gave him comfort, and he thanks God for not depriving him of the ability to be stirred as punishment for his apostasy.

Meanwhile, at Cortona House Damon and his producer have begun laying down tracks when they notice something off: What seems like a child's voice is dropping an unplanned cameo all throughout the hook. And someone has been leaving toy soldiers all around the studio. Damon finds inspiration in the inexplicable phenomena, but his entourage is getting a bit freaked out.

Back at the office, Phil is filling in the team on the sad but true history of Cortona House: In the middle of the 20th century, the Catholic Church was using it as a refuge for unwed expectant mothers where they could stay, give birth, and then give their child up for adoption, far from the disapproving eyes of the public. As such hospitality did not come gratis, Cortona House took on the status of a cottage industry, and the Church a trafficker in shame and woe.

The spirit lurking there is no doubt one of the children late to be adopted and who died in the custody of the sisters. In one of the archival photographs Luke recognizes a toy fire truck in a child's hand — that's him. Why is he reaching out now? What does he want? What any abandoned child would want: his mother.

"Father" Phil returns to the church to confront Sister Mary Ellen on the direct role she played in managing Cortona House and its wards. He shows her some black and white photographs of her with the little boy, and demands answers. She knew him well; he was sweet and affectionate, and his name was George. But if he's looking for his mother, he's in for a rude surprise: his mother is dead. 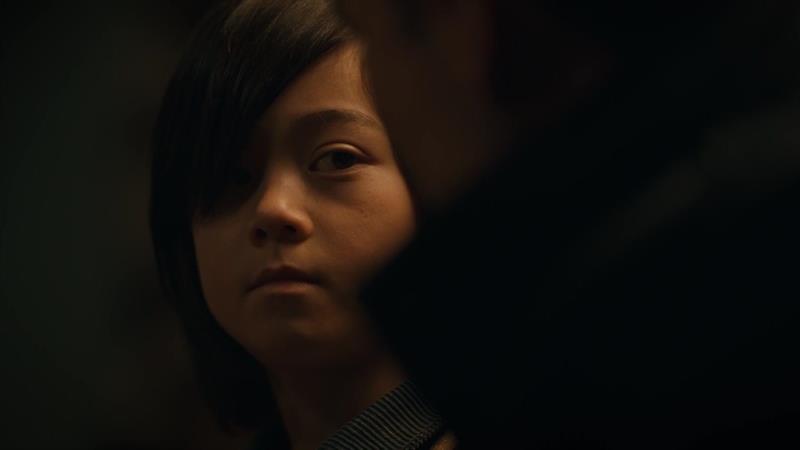 Over at Cortona, little George has locked Damon in his studio alone, and has gone full poltergeist on the place — cymbals flying, drums banging, tracks scratching. George is afraid Damon and the rest of his entourage will leave, and that he'll be left alone again without friends to play with.

Luke and the rest of the team arrive just in time to diffuse the situation: Luke calls George by name, and implores him to open the door. When he does, Luke enters and speaks to him-heart to-heart. Having lost his own mother at a young age, Luke is able to empathize with George, and give him the strength to pass on to the other side.

The experience may not have tempted "Father" Phil to take up the cloth again; but it seems to have given him a sense that something — or someone — out there is watching him, watching us all, making sure we don't slip through the cracks of life. After all, isn't that what religion is supposed to do?