If you thought Lewis Carroll's Alice's Adventures in Wonderland was trippy, wait until you see how Tim Burton has re-interpreted the fantasy classic in the new images that appear in USA Today, after the jump.

The newspaper is publishing concept art and new publicity images for Burton's Alice in Wonderland, which debuts on March 5, 2010. Here's how the newspaper reports it:

"It has been Burton-ized" is how producer Richard Zanuck describes the director's vision of the Lewis Carroll classic. Many elements are familiar, from the enigmatic Caterpillar (Alan Rickman) to the fierce Jabberwock (Christopher Lee). But none has been presented in this sort of visually surreal fashion. "We finished shooting in December after only 40 days," Zanuck says. Now the live action is being merged with CG animation and motion-capture creatures, and then transferred into 3-D. 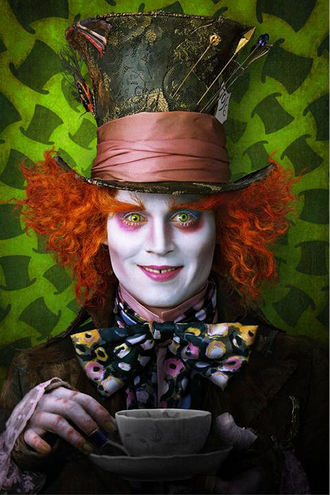 Johnny Depp as the Mad Hatter 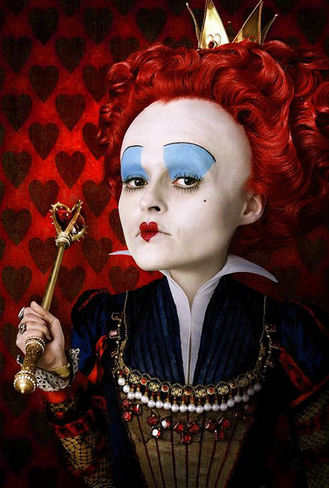