Take a tour of KNB, one of Hollywood's creepiest F/X shops

Howard Berger is a little nonchalant about the stack of limbless bodies all around him.

"This is our order of bodies for Quentin Tarantino," Berger says about the bloodied stack of decapitated carnage around him. "He wants it real." Berger's creative team was making bodies for Inglourious Basterds, starring Brad Pitt, which comes out Aug. 21.

That was on a recent tour SCI FI Wire took of KNB EFX Group—formed by Berger and Greg Nicotero—which is one of Hollywood's premiere makeup, creature and special-effects shops, headquartered in a nondescript 25,000-foot warehouse in the San Fernando Valley in suburban Los Angeles. At any one time, Berger's team is working on up to 10 movies at the warehouse, with as many as 120 people. (Click on the images below to enlarge.)

Walking through the warehouse with Berger is like wandering through an ever-changing horror wax museum. The head of Fat Bastard from the Austin Powers movies is in a corner, a decapitated head of deformed Tom Cruise from Vanilla Sky sits on a shelf, a life-sized Aslan stands in the hallway, and a half of a man hangs out of a shark's mouth on the wall. Berger's group has worked on more than 700 movies and television shows, creating creatures for such movies as Army of Darkness, Pirates of the Caribbean and Star Wars: Episode 3—Revenge of the Sith and such TV shows as Xena: Warrior Princess, Roswell and The X-Files. 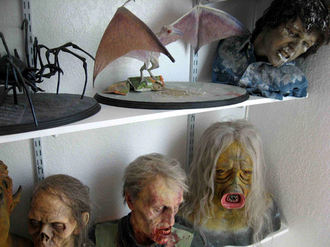 In these days of computer graphics technology, Berger said he believes there is still a place for real models and creatures. "In Dawn Treader there will be a lot of dialogue, and you need something for actors to act against; you can't have a blank screen the whole time," Berger said. "We built a full-sized mechanical Aslan for Georgie [Henley, the actress who plays Lucy in the Narnia films], and she was not able to see it on the set if he was in pieces or anything. The model was always moving or breathing so she could believe he was real. The kids never saw the lamppost area in the Wasteland, and so when they get there for the first time, their amazement was real."

Berger loves talking about the makeup process for Narnia: fitting the ears just right for James McAvoy as Mr. Tumnus, the 14 hours of makeup for Warwick Davis as Nikabrik and the forms he had to mold for the exaggerated nose of Peter Dinklage as Trumpkin. 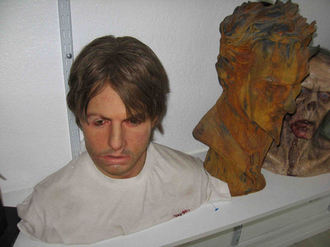 In the mechanical room in the back of the warehouse stands an unskinned minotaur with a head made of yak hair next to it. Berger showed how the head was controlled by three people, not the actor inside.

"Sometimes the mechanical lips didn't match the dialogue, so that had to be enhanced by computer," Berger said. But a lot of the problems they had in the first two movies are being ironed out now for the third, he said.

"We all thought that after Jurassic Park we would be put out of business, and now that Stan Winston is gone, it seems like there may be an end to making great monsters, but some of us persist and prove that it's better this way," Berger said. "As CGI gets better, it becomes a lazy director's tool and, guess what, sometimes it looks really bad. I love monsters, and I love making monsters, and so far I'm still doing a lot of it." 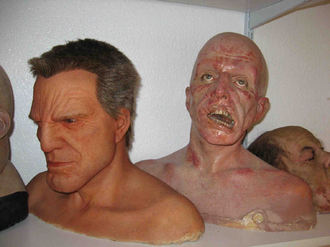 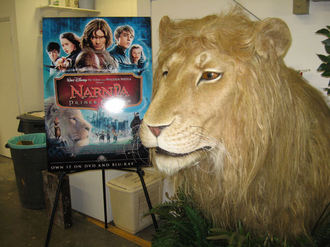