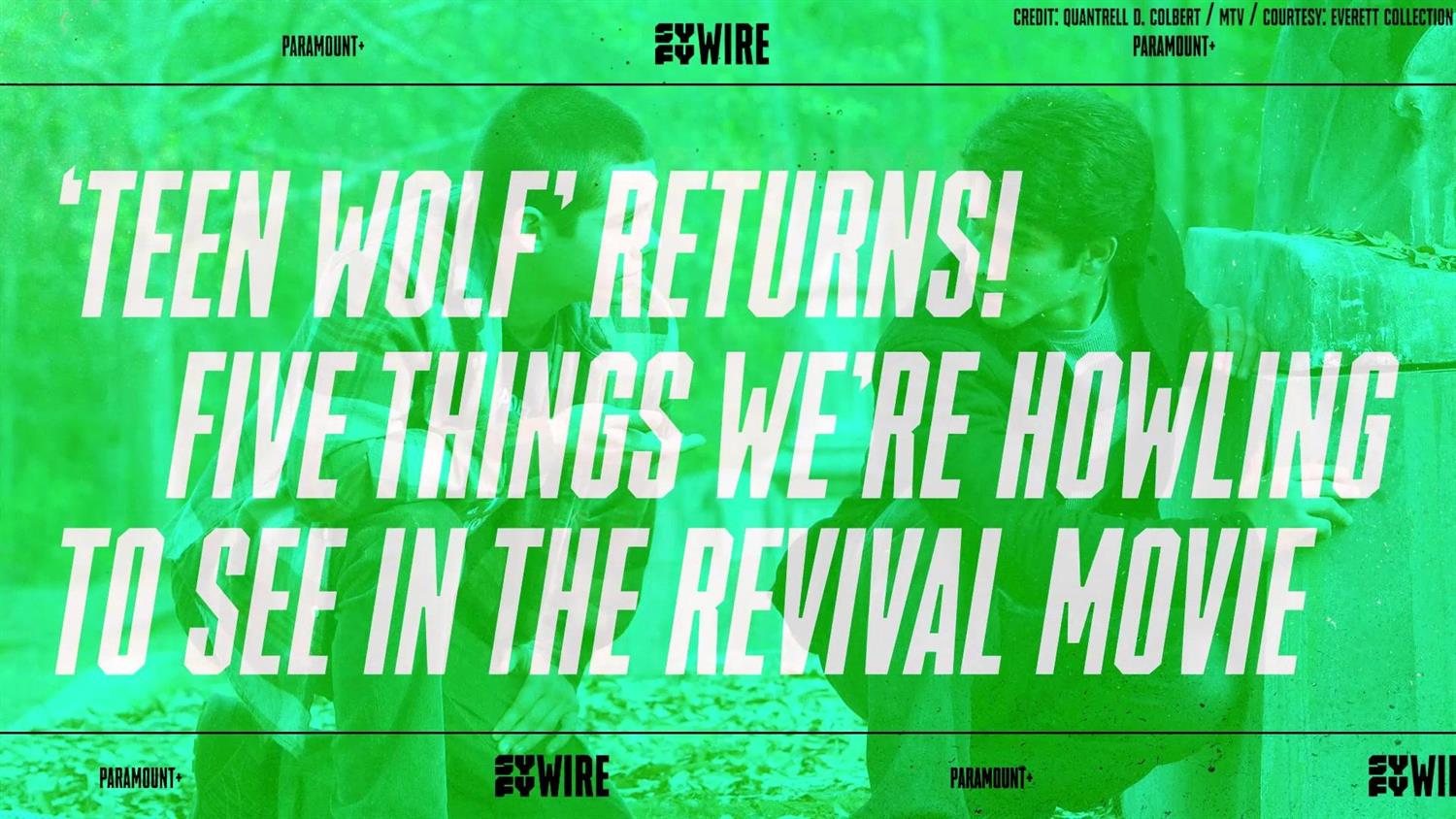 The (Beacon) Hills are alive with the sound of howling now that Paramount+ has announced that it is bringing back Teen Wolf in the form of a sequel movie, set to hit the streaming service in 2022.

And while the show — which is based on the 1985 Michael J. Fox movie of the same name and ran on MTV for six seasons from 2011-2017 — focused on the adventures of a teenage werewolf named Scott McCall (Tyler Posey) and the various villains he and his friends went up against during its time on the air, the recently-announced revival will revolve around him as an adult as he yet again attempts to keep the town of Beacon Hills safe from its latest supernatural threat.

It's time for Marvel and DC to embrace change, retire their legacy characters
Netflix's ‘Squid Game’ finale is pretty much perfect, but still a great set-up for Season 2

Teen Wolf creator Jeff Davis will be writing and executive producing the movie, though it's still not confirmed which members of the original cast will be making their return. Still, that doesn't mean fans can't hope!

Here are five things we're hoping to see in the Teen Wolf movie.

Scott and Stiles still being bros

One of the things that made the sixth and final season of Teen Wolf so bittersweet was the fact that it was so light on Stiles — and subsequently Stiles' and Scott's best friendship — which is a shame, because their bond was the cornerstone for the whole series. Luckily, the movie can rectify all of that by not only showing us that Scott and Stiles have still remained close, despite Scott's quest to seek out other shifters, potentially growing out his pack, and Stiles own potential career at the FBI following his internship — but by also letting us know they're still saving the world in their own way, possibly by hunting down supernatural serial killers together perhaps.

Who knows? Maybe this could be the launching pad for a Scott and Stile-centric supernatural Criminal Minds-esque show?! I'm sure no one would complain too much.

Derek Hale has had a hard life. When we last saw him he was launching into yet another conflict by Scott's side, so it would be nice to know that he managed to get some kind of happy ending in the time that's gone past, whether it's by himself or alongside someone special. (Perhaps he's even assisting his Alpha and a certain other FBI agent in their attempts to cover up evidence of shifter-based crimes...)

Teen Wolf certainly wasn't short on memorable characters, but its female characters always stood out, finding ways to be their own people even in the midst of all the relationship angst that swirled around them at times. That's why it would be great to see how Lydia, Malia, and Kira have fared in the years since and what they're up to now. Has Lydia won the Fields Medal for her mathematical genius? Has she been snapped up by NASA to work on some super-secret project? Has Kira mastered her powers yet? What about Malia? (And are her and Scott still a thing now?)

Let Sheriff Stilinski and Melissa get together

While Melissa McCall and Chris Argent looked happy enough together in the series finale of the show, most fans have been hoping for Mama McCall and Sheriff Stilinski to get together since the series began. Not only have they known each other the entire length of their sons' friendship, but it would truly make Scott and Stiles brothers.

The earlier seasons of Teen Wolf definitely leaned into the horror elements of the show's premise, and as a result, were able to serve up some excellent and rightfully terrifying villains. (Void Stiles, anyone?) With the new movie teasing the biggest and scariest threat the pack have ever gone up against, it would be nice to see what kind of big bad Davis might come up with for one last hurrah.