The 15 cursed movie objects you NEVER want to own

Every demon dreams of finding the perfect repository for its evil curse. It can't be too flashy, but it needs to be interesting enough to grab the soon-to-be-possessed owner's attention. Once the force of evil finds its choice tchotchke of doom, it can sit back, relax and enjoy watching the malevolent magic unfold on its unsuspecting victims.

For the 28th of our 31 specials for the 31 days of Halloween, we've put together the top 15 objects from horror films that you won't want to have around ... even if you find them on Overstock.

And don't forget to return tomorrow for the most twisted Twilight Zone twist endings. 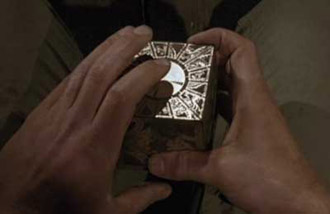 Imagine an antique Rubik's Cube ... that can kill you! When you solve this puzzle, chains fly out of it and tear into your flesh. Then some Cenobites, and their leader (aptly named Pinhead), greet you with the news that you've won an eternity in hell having your soul ripped apart. Sounds bad, but not not quite as torturous as solving a real Rubik's Cube. 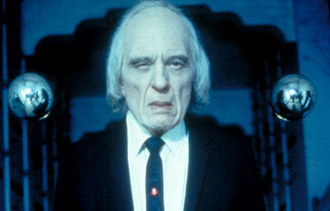 Heads up! Looking like they flew straight out of an '80s metal video, these bloodthirsty spheres have an ingenious way of finding out what's going on in your head—by drilling a small hole between your eyes and siphoning the blood from your brains!

The Book of the Dead, The Evil Dead series 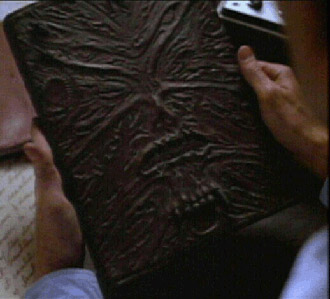 You actually CAN tell a book by its cover. Bound in human flesh and inked in human blood, The Book of the Dead possesses, bites, screams and contains nothing less than demons who are intent upon devouring your soul. You might want to wait for this one in paperback. 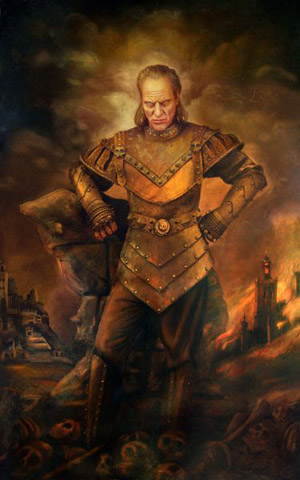 Ever feel like that painting is watching you? This one actually is. Vigo the Carpathian is looking for a suitable body to house his fiendish soul. Then he will rule once more! And if the scene of death and mayhem in his painting is any indication of how he governs, the citizens of New York City might want to watch their heads.

Possessed Parchment, Night of the Demon 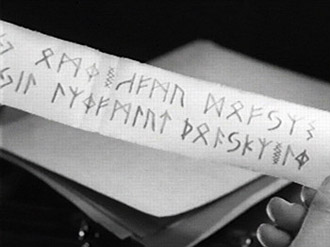 In this classic tale of academic intrigue, a piece of paper covered with archaic runes holds the secret to controlling a demon. Any person in possession of the parchment will be the next to die. Give it away and the curse is lifted—but this killer page has a funny way of flying out of people's hands in an attempt to return to the original victim. So much for no backsies.

The One Ring, Lord of the Rings Trilogy 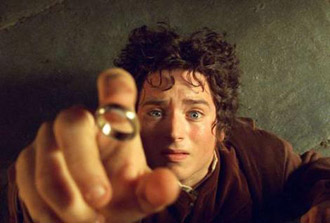 Slip this ring on your finger and you and the Dark Lord Sauron will be going steady for eternity. Sure, the relationship starts out great, so you feel like king of the Shire. But, as little Frodo finds out, Sauron is highly possessive and wants to constantly keep you in his sights, even employing a group of spies to track your every move. And don't underestimate the ring's obsessed ex, who wants nothing more than to get back with his precious. Sure, Sméagol acts like your friend, following you around, giving you all sorts of advice about how to get closer to Sauron. But like any jilted lover bent on revenge, in the end he'll stab you in the back.

The Ark, Raiders of the Lost Ark 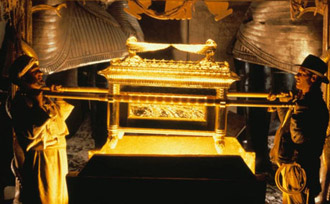 If you're an adventuring archaeologist, you might want to follow one simple rule of thumb: stay away from artifacts that Nazis think are cool. They often turn out to be very bad. In this case, the Ark of the Covenant is so powerful it will literally blow your mind. 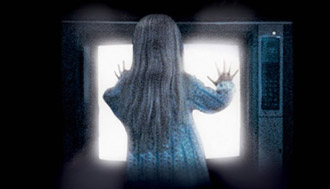 You've always heard that too much TV can rot your brain, but I'll bet you didn't know it can possess your soul. When little Carol Anne announces "They're here" after watching a TV broadcasting static, she's not talking about the cable company. 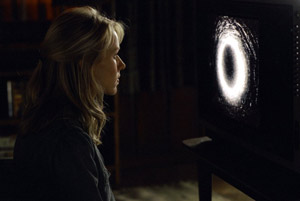 Once again, static on your TV should be met with suspicion. Pop that tape in and you'll find that sitting through what looks like a Goth's art school short will kill you ... in about seven days' time. The DVD industry should thank this movie—it pretty much put VHS out of business. 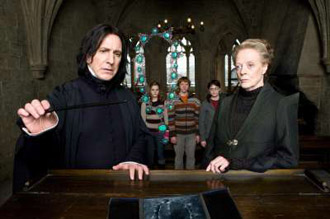 Generally any "package" offered to you in the bathroom of a local pub should be viewed with suspicion. Katie Bell learns that the hard way when the deadly jewelry comes into contact with her skin and she's sent writhing and screaming 50 feet into the air. Now if only that would happen on Real Housewives. 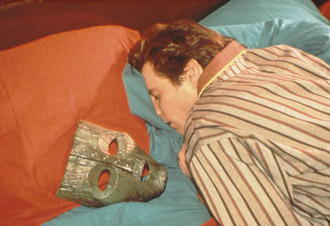 Whether Jim Carrey looks scarier with or without the mask is certainly debatable, but there's no doubt he makes some bad decisions while wearing it. Controlled by Loki, the Norse god of darkness, the otherwise nerdy Stanley becomes a man who knows no bounds. He robs banks, breaks out of jail, romances ladies and engages in far-fetched musical numbers with Cameron Diaz. See? No sense whatsoever. 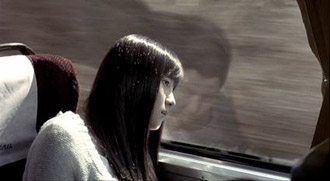 Ji-hyeon tries to make her cancer-stricken sister Su-Hyeon's last days on earth more comfortable, with hair-raising results. It turns out that the wig she purchased for her sister, made from the locks of a cadaver, has a nasty ghost living in it who doesn't like to get shampooed. The ghost wants to return to the mortal world, and it just loves Su-hyeon's new look. 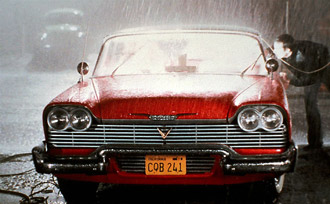 Hell hath no fury like a Plymouth scorned. Or so the characters of Christine find out when they cross paths with Arnie's dream car. Vandals and former bullies get their bloody comeuppance, mechanics are crushed, and even meddling fathers are forced to choke on their words.

Button, Drag Me to Hell 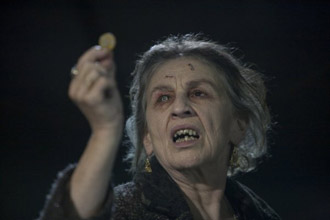 Helpful hint: When the batsh-t-crazy and blind-in-one-eye old harpy who attacked you at work snatches a button from your coat, you're better off not getting it back. That button is undoubtedly cursed, and no amount of gravedigging or dead kittens is going to stop this granny from getting her demonic revenge. 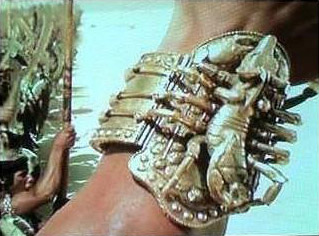 In this sequel, Rick O'Connell's young son Alex is kidnapped by an Egyptian cult after coming into possession of a mystical bracelet that will kill him in seven days (why always seven days?) if he does not return it to the palace of the Scorpion King. Even more disturbing? A little boy wearing that bulky bling.

More The Lord of the Rings

Scientists, who are also Lord of the Rings fans, have (sort of) found Mordor and the Eye of Sauron
12 high fantasy podcasts that'll take you on an adventure during your commute