That comic book covers can often go a tad overboard with the over-sexualization of women may not be news, but when someone comes up with a creative way of poking fun at that fact, that's when we stand up and take notice. Which is exactly what's happened with the Hawkeye Initiative.

It all began very simply. One of Marvel's all-ages books came out starring Hawkeye and Black Widow. The cover looks like this:

The sci-fi movies we're looking forward to in 2021, including all the delayed 2020 ones
Looking back at the bad fashion of the MCU's Phase One 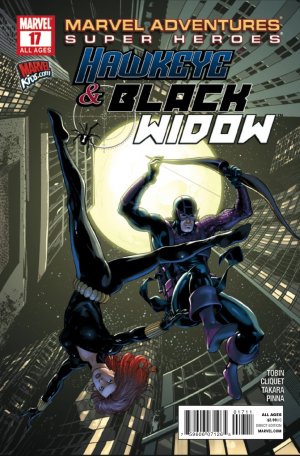 Which begged a fair question—why the #$%@ is Black Widow falling down head first while doing a split, for heaven's sake? Hawkeye doesn't seem to be having any trouble. So what's an online fan community to do? Well, why not start by swapping the characters to point out how ridiculous this is? 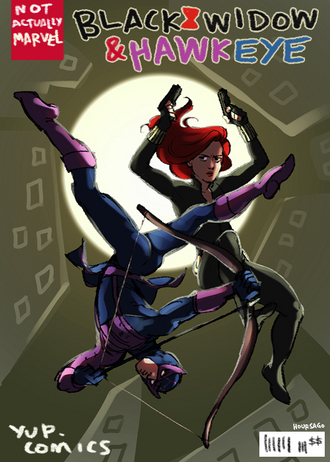 Pretty funny, right? But that was only the beginning. This one image spawned an idea—why not replace every over-sexed female on a comic book cover ... with Hawkeye? And thus began the Hawkeye Initiative, a tumblr dedicated to finding sexist covers and mocking them mercilessly and putting Hawkeye in unfortunate situations in the process.

Check out a gallery of some of the ones we dug and then check out the Hawkeye Initiative yourself for more. If you're artistically motivated, you might even come up with one yourself.

(via The Mary Sue)

Hawkeye shows Harley she's not the only one who can contort their body and break every bone in the...
That classic J. Scott Campbell cover is even better with Hawkeye.
Psylocke's got nothing on Hawkeye.
From Scott Lobdell's Red Hood and the Outlaws, here's Hawkeye one-upping Starfire's bid for female...
So empowered!
Hawkeye wants everyone to know that Princess Diana ain't the only sassy Amazonian in town.
hide thumbnails show thumbnails