The most important Star Wars character of all time is Wedge Antilles, the other best damn pilot in the galaxy

When I was a kid, something about seeing Wedge Antilles out of his X-Wing cockpit, and particularly without his pilot's helmet, was always a little jarring. In retrospect this might have been because of the odd "Two Wedges" problem created by Star Wars: A New Hope, which featured two different actors in the role across two different sequences. Or it might have just been because my young eyes didn't quite connect the guy in the flight suit with the mop of dark hair to the guy in the distressed helmet and eyewear. There were a lot of things I didn't get about Star Wars back then that make perfect sense now, but I like to think there was something else to my inability to spot Wedge when he wasn't in an X-Wing.

I like to think it's because I knew that guy was just born to fly.

Though the word "Wars" is right there in the title, the core characters of the original Star Wars trilogy often feel like part-time soldiers at best, and sometimes they simply become free-roaming adventurers who have more personal motivations than winning battle after battle in some kind of grand galactic campaign for tactical supremacy. Luke Skywalker, Leia Organa, and Han Solo are all key figures in the Rebellion, but they're also such magnetic personalities that they somehow feel bigger than the day-to-day operations of the Rebel Alliance. They seem like characters who can come and go as they please and jump into a space battle when they're not busy with other things, like romantic entanglements and paradigm-shifting family dramas.

Because Luke, Leia, Han, and their closest friends make up the nucleus of that original trilogy, the characters populating the actual rank and file of the Rebel Alliance were a constantly shifting roster of various generals, foot soldiers, and pilots. This makes sense, both because a galaxy-spanning war is bound to claim some lives along the way and because different parts of the galaxy meant different people fighting there, but it also meant that every time a big battle was getting underway, we were meeting new people.

This is why, though we didn't know it the first time we all saw A New Hope, Wedge Antilles (played primarily by Denis Lawson) became so firmly fixed in the imaginations of certain fans as one of the most important supporting characters in the franchise. It's why we were disappointed when he didn't show up in Star Wars: The Force Awakens when characters such as Admiral Ackbar did, and why we remain hopeful that he'll make a triumphant return to live-action in Star Wars: The Rise of Skywalker.

Wedge, against all odds in a constant galactic war, always seemed to be there when our heroes needed him.

When Wedge is introduced in A New Hope, he's basically just another X-Wing pilot in Red Squadron, designated "Red Two" to Luke Skywalker's "Red Five," but it becomes clear over the course of the Death Star assault that there's something special about him.

As the other pilots in Red and Gold Squadron drop like flies, Wedge is the one who hangs in and supports Luke's Death Star run as long as he possibly can. He saves Luke's life by pulling off one of the most daring maneuvers of the battle — flying straight at a TIE Fighter and blowing it up before they collide — and then falls in line behind Luke when it's time for the crucial trench run. He even calls Luke "boss," though he's been a part of the Rebellion for at least a little longer and probably has a good deal more experience flying.

In that first battle, Wedge distinguishes himself as both an accomplished pilot and a humble one, and the seed for decades of fan affection was planted right there on the surface of the Death Star.

Wedge is only around for the Battle of Hoth in The Empire Strikes Back, but he distinguishes himself there, as well, becoming the first pilot to take down an AT-AT via Luke's tow cable maneuver. Then comes Star Wars: Return of the Jedi, and, with it, Wedge's true time to shine as one of the leaders of the assault on the Death Star II.

When Wedge saw the first Death Star, he famously said, "Look at the size of that thing," prompting his squad leader to command he "cut the chatter." When the Death Star II assault begins, we see the growth across the years of the war. Wedge is no longer shocked when confronting the Imperial war machine. He's not even noticeably rattled after the Rebel fleet realizes they've been trapped.

Lawson has to play the role inside a cramped cockpit with most of his head covered by Rebel pilot gear, but there's a cold, steely sense of professionalism in his eyes that comes through as the Battle of Endor progresses. It's that version of Wedge — the one who calmly tells his wingmen that they could basically run into a wall at any second as they fly inside the Death Star, then jokes "I'm already on my way out" before he fires the first shot to blow the thing up — that has perhaps generated the most affection over the years.

In a galaxy full of flashy, instantly recognizable alien characters, lovable scoundrels, firecracker princesses, and idealistic farmboys, Wedge is an admirable character for his own rather simple reasons: He's just a guy who's very good at his job. He's not arrogant or flippant, and he's not particularly emotional either. He's simply and calmly at home in his cockpit, displaying virtuosity and resolve at even the most emotionally harrowing moments.

Star Wars fans who've paid attention to the Expanded Universe in its many forms over the years know that Wedge has had a rich life beyond the Skywalker Saga, one with hopes and dreams and disappointments just like any other human being. But it's the cool and confident pilot that first won myself and legions of other fans over.

Wedge doesn't get a lot of room to grow within the confines of the Skywalker Saga, but his success as a supporting character has meant that we've since been treated to heroes like Poe Dameron rising up to take brilliant piloting to the next level in the franchise. Even if the character never appears in live-action again, he leaves a lasting legacy as a guy who knew what he was good at and did it as well as he possibly could without ever hoping to be a galaxy-changing legend.

Because of that, in his own humble way, he became a legend without really trying to be. 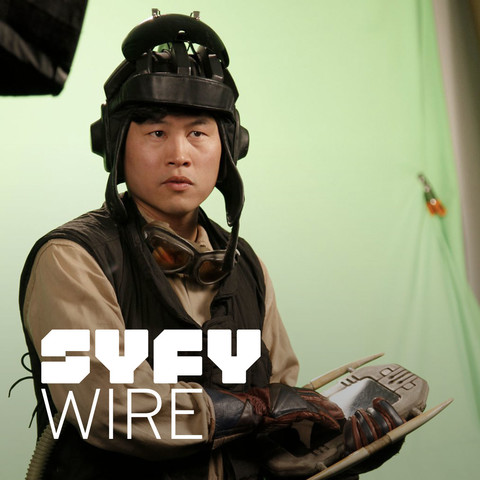