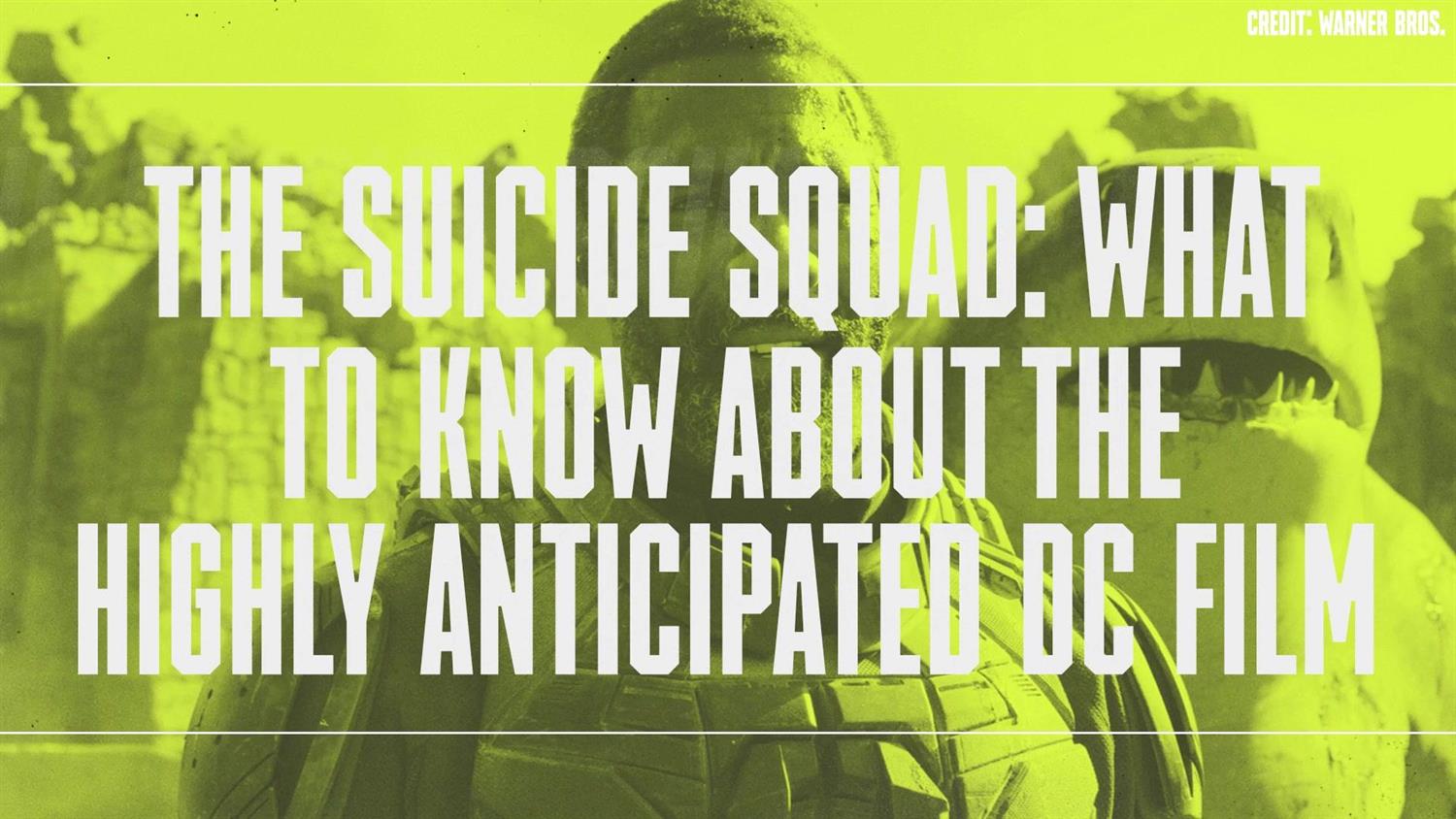 The Suicide Squad: What to know about James Gunn's DC Comics romp before it hits theaters

This summer, one of the most anticipated comic book movies in recent memory (and believe us, that's saying something) will finally arrive when The Suicide Squad explodes into theaters this August. Written and directed by Guardians of the Galaxy alum James Gunn, the film's been drawing buzz ever since it was revealed that Gunn would be crossing the street and working on a DC Comics property after two successful Guardians flicks.

Since then, we've learned a lot about what to expect from this wild ride, whether we're talking about the action-packed trailers or the cast announcements or Gunn's own remarks on what's to come in the would-be blockbuster. So, with the film just weeks away, we thought we'd cram as much of that knowledge as possible into one handy guide.

Here's what you need to know about The Suicide Squad.

When will it be released?

Though we've known the film was on the way since the fall of 2018, when Gunn was first announced as the writer/director, The Suicide Squad has fortunately been one of those rare recent genre releases that hasn't been affected by the COVID-19 pandemic, at least not in terms of moving its release date dramatically.

That said, the pandemic did affect the film's upcoming release in another way. In December of 2020, The Suicide Squad became one of several major Warner Bros. films to be part of the studio's new 2021 release strategy that would see its films arrives simultaneously in theaters and on the HBO Max streaming service. So, come Aug. 5, you'll be able to see The Suicide Squad at a theater near you, but you'll also be able to watch it from the comfort of your couch on HBO Max beginning that day, and every day for the next month. Which, of course, also means that after you've had that theatrical blast of fun, you can go home and rewatch it as many times as you want.

The Suicide Squad arrives in the DCEU with at least some level of narrative baggage. After all, there's already been a Suicide Squad film starring some of the same characters, and that film's breakout star — Margot Robbie's Harley Quinn — has since gone on to star in a team-up film of her own with Birds of Prey. With all that in mind, it's natural for fans to be a little worried about the connective tissue, right? Wrong, according to the film's producer, Peter Safran.

"We just don't address it in any tangible form. Yes, they're the characters [and] the actors that played them in the first movie," Safran said during a recent press roundtable, via Collider. "But we really wanted to make sure that this stands on its own two feet. So, again, it's why... it's not a sequel, but there are some characters that were in the first movie, right? So it's not really a full reboot either. So we just call it James Gunn's The Suicide Squad."

So, if it's not connected to the first film or to Birds of Prey, what's The Suicide Squad actually about? Well, it turns out a pretty classic comic book Squad situation, beginning with Amanda Waller assembling a team to head off to the island of Corto Maltese, where a military coup has just occurred. There, the Squad is tasked with destroying a secretive research base known as Jotunheim, before the winners of the coup realize what secrets lurk there. Of course, things get a little more complicated than that along the way, as trailers for the film have revealed the crew will also run up against the giant telepathic alien starfish known as Starro, upping the stakes on the whole battle.

In tracing the film's inspirations, Gunn credits the extremely influential Suicide Squad writer John Ostrander with much of the feel of the story. Ostrander, who has a small cameo in the film, was responsible for writing the Squad as we know it today in the 1980s, and helped shape the whole idea of supervillains as a team we could root for, so expect the film to pull heavily from his comics run.

You should also probably expect the film to really flex its R-rating, something Gunn asked for as soon as he joined the film, and was granted without any major edits from Warner Bros.

“[Gunn] said I'm going to write you an R-rated movie, and you need to be comfortable with that,” producer Charles Roven told SYFY WIRE. “And, honestly, we never really talked about [the rating] after that, because we knew that's what we were going to get and we got it. But it's the most fun R-rated movie I've ever seen.”

Who's who in The Suicide Squad?

Of course, it's not a Suicide Squad movie without the title team in place, and for that Gunn has assembled a blend of new and returning stars, featuring both well-known villains and a few more obscure ones.

In terms of characters making their way back into the fold this time out, the cast is once again led by Margot Robbie as Harley Quinn, Joel Kinnaman as Squad field leader Rick Flag, Viola Davis as Task Force X director Amanda Waller, and Jai Courtney as the eternal wild card, Captain Boomerang.

In terms of newcomers, there are quite a few of them, and Gunn has made sure to tease that they won't all make it out alive. Leading the charge are Idris Elba as Bloodsport, John Cena as Peacemaker, David Dastmalchian as Polka-Dot Man, Peter Capaldi as The Thinker, Daniela Melchior as Ratcatcher 2, Michael Rooker as Savant, Nathan Fillion as T.D.K., Flula Borg as Javelin, Taika Waititi as Ratcatcher 1 and Starro, and Gunn's brother Sean as Weasel. Then, of course, there's King Shark, the internet's new boyfriend, who was played by Steve Agee on the film's set, and voiced by the legendary Sylvester Stallone.

“At the end of the day, everything I've ever done is about characters trying to connect who have a difficult time doing it because I have a difficult time doing it,” Gunn said of his ragtag band of villains. “And these characters have a harder time than anybody else I’ve ever written because they not only have these horrible backstories for the most part, but they've also made horrible choices in their lives. And to be able to find something good in all of that is the journey that excites me the most.”

What's next for the Squad?

In the world of comic book movies, we're used to universe-building happening around every release, but even by those standards The Suicide Squad is off to a promising start in terms of follow-ups. In September of 2020, Gunn announced that, in the midst of completing the film, he'd also managed to write a TV series starring John Cena's character, Peacemaker, and that the show was headed to HBO Max soon. Gunn managed to shoot a whole season of Peacemaker in between finishing The Suicide Squad and starting work on Guardians of the Galaxy Vol. 3 over at Marvel, so it won't be too long before we see that character's further adventures on the small screen.

As for other follow-ups, Gunn has confirmed that he has even more ideas for TV spinoffs if Peacemaker works out, and given the Warner Bros. strategy of integrating major DC Comics titles into HBO Max, it definitely feels possible that more series could follow. There's also, of course, the possibility that Gunn could return to direct another Squad film somewhere down the line. For now, though, he's got a Guardians of the Galaxy movie and holiday special to produce at Marvel Studios.