What made Avatar—the biggest movie of all time—so damn popular? Sure, the amazing visuals and innovative 3-D created a one-of-a-kind experience, but it seems likely that the storyline captured audiences' imaginations as well. Now, we're not about to say that Avatar's plot is original—in fact, far from it.

Avatar is derived from a story that has been told plenty of times before—the modern man confronting a native civilization—but that may be exactly why it captivated moviegoers. The story is classic, almost archetypal, and it has been told again and again throughout the years, always finding a new audience.

So that got us thinking: What other renowned sci-fi movies are based on source material that is so classic, so iconic, that it can be retold in new ways, generation after generation? We found quite a few, actually. Some are based on legends, some on myths, one or two on philosophical concepts. But they have all held up and formed the basis for some pretty sensational sci-fi masterpieces. 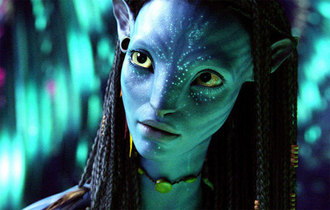 Avatar—just like The New World and Dances With Wolves before it—takes a whole heap of inspiration from the story of Pocahontas, the 17th-century Native American woman who helped colonial settlers at Jamestown and earned their respect. Although the legend says that Pocahontas married settler John Smith (just as Jake and Neytiri get together), that never actually happened. The details of Avatar's plot take aspects of Smith and Pocahontas' life and meld them together: Pocahontas converted to Christianity, while Jake in Avatar converts to Na'vi. Either way, the meeting between modern and native remains the same.

Inspiration or ripoff? Avatar sort of lies between both, directly accessing aspects of the legend while also taking its own liberties. 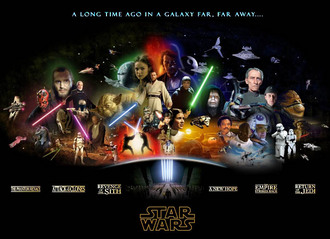 Joseph Campbell used the term monomyth to say that many mythic stories from all over the world shared the same basic structure, known as the "hero's journey": A hero ventures out of his everyday world into a realm of wonders and supernatural forces, ultimately winning a decisive victory. Does any other description fit the original Star Wars better? Boy leaves farm on desert planet, boy throws his lot in with rebellion against evil empire, boy leads rebellion in successful battle (that also neatly fits into Campbell's three divisions of the monomyth: departure, initiation and return). Throw in a little Arthurian legend as well (substituting a lightsaber for Excalibur) and you've got a story for the ages.

Inspiration or ripoff? Clearly inspiration here. The Campbell monomyth has provided the basic structure for countless adventure stories, but the details in Star Wars are very much their own. 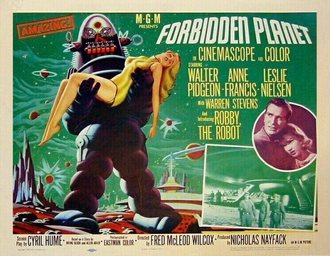 It's never been a secret that the 1956 sci-fi classic Forbidden Planet was based on one of Shakespeare's greatest works, with Robby the Robot standing in for Ariel the airy spirit, Morbius (Walter Pidgeon) a futuristic Prospero ruling over his domain and the "monster from the Id" a modern version of the bestial freak Caliban, who is the son of a witch. The technology of the Krell is the equivalent of Prospero's magic, which both renounce—although Prospero arguably meets a slightly better fate than Morbius. There are more subplots in The Tempest—including Prospero's summoning of the title storm itself—but the basic framework of the story is there for anyone to see.

Inspiration or ripoff? A bit of both. The Tempest works well in this environment, and Forbidden Planet doen't add all that much to the essential storyline. 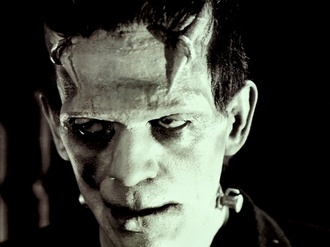 Mary Shelley drew so much inspiration for her novel from this Greek myth that the book's full title was Frankenstein, or the Modern Prometheus. According to many versions of the myth, the Titan Prometheus fashioned human beings out of clay, gave them life and tried to give them fire, the arts and other civilizing attributes. Needless to say, Frankenstein's attempt did not turn out so well. Prometheus was a little more concerned with humanity as a whole than Frankenstein—after all, he stole fire from fellow god Zeus and gave it to humankind, a trick for which he was punished by being chained to a rock for eternity. Frankenstein wasn't quite so self-sacrificial.

Inspiration or ripoff? Since Frankenstein focuses on just one aspect of the Prometheus legend, we'd call this more of an inspiration than outright theft. 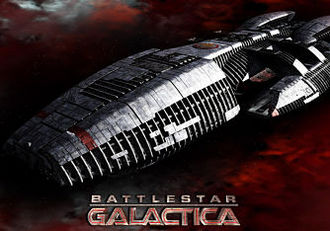 Battlestar Galactica isn't really a movie, but neither is Wagon Train, the late '50s/early '60s TV series that depicted a group of settlers making their way from Missouri to California in the post-Civil War era. The idea of small or large groups of people traveling together for safety and strength in numbers has been around pretty much as long as the western itself, but stick those settlers in spaceships and you've got Galactica pretty much to a T. Pioneers are pioneers, whether they're traveling the Old West or the Milky Way, although the Wagon Train folks weren't on the run from enemies the way the BSG survivors were.

Inspiration or ripoff? BSG took the basic "wagon train" premise but used it to tell many different stories of a political and humanistic nature instead of just aping tried-and-true western plotlines. 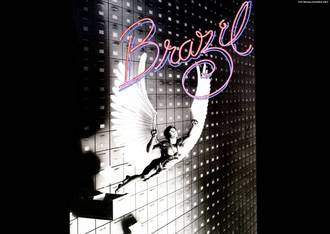 1984, the classic novel of a totalitarian government crushing the souls of its people, has been made into a fine movie itself. But George Orwell probably had no idea how influential his book would be when he wrote it back in 1948, nor that it would prove the main inspiration for one of the greatest sci-fi satires ever—Terry Gilliam's Brazil. In Gilliam's masterpiece, the pervasive, intrusive government is just inept enough to make the situation seem funny, although its faceless bureaucracy and habit of torturing its own citizens is no laughing matter.

Inspiration or ripoff? While Brazil does borrow many elements from 1984, Gilliam's absurdist spin on the dark subject matter is uniquely his own. 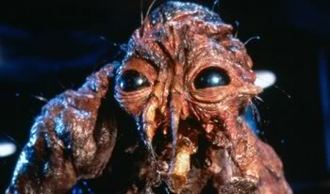 In Greek mythology, the Athenian craftsman Daedalus built two pairs of wings for himself and his son Icarus so that they could escape from the island of Crete, where they had been imprisoned by King Minos. But a cocky Icarus flew too close to the sun and his wax wings melted, sending him to his death in the sea. Isn't this a metaphor for every fictional scientist who has pushed himself and his curiosity to the limits? The lesson of every "mad scientist" story seems to be embodied in the Icarus legend. Seth Brundle, the doomed antihero of 1986's The Fly, is just that kind of guy too, except he ends up nearly sprouting wings instead of losing them.

Inspiration or ripoff? Pure inspiration here. The story of Icarus is more a metaphor for the mad scientist than an actual template (scientists don't make wings out of wax).

When Worlds Collide = Noah and the Ark 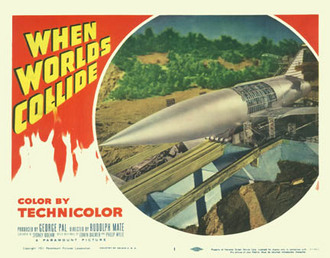 The story of the end of the world goes right back to the earliest passages of the Bible, with God telling Noah to pack up the kids and two of each species, stick them all on a big boat and hang on for dear life while he scrubs the planet clean. When Worlds Collide is perhaps the most explicit retelling of this, but echoes of it can be found in every apocalyptic sci-fi tale out there, right up to and including last year's 2012 and The Road.

Inspiration or ripoff? Although plenty of movies, including When Worlds Collide, have shown floods of biblical proportion washing through the streets of major cities, the biblical story is more about pressing the reset button on humanity that providing a how-to manual on ways to end civilization.

Back to the Future = Urashima Taro 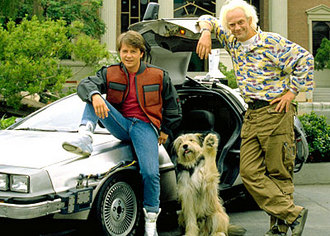 The first major time-travel novel was Mark Twain's A Connecticut Yankee in King Arthur's Court, followed by H.G. Wells' The Time Machine. But the concept of traveling through time goes all the way back to the Mahabharata, one of the two major epics of Hindu history and mythology, and an early Japanese legend called Urashima Taro, in which a fisherman travels 300 years into the future to find everything he knew wiped out and all memories of him lost. Betcha Marty McFly had no idea how long the idea had been around before he jumped into that souped-up DeLorean in Back to the Future and attempted to rewrite his own history.

Inspiration or ripoff? As with the other movies based on older myths, the basic idea provides inspiration but the storyline and details are thoroughly modernized. 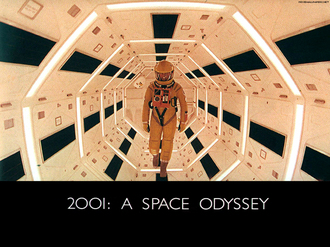 Back to the opening chapters of the Bible, when God created man and, according to the myth, started this whole shebang. According to Christian scripture, God provides a guiding hand throughout key moments of humankind's early existence. Substitute mysterious aliens for God and you've pretty much got the plot of Stanley Kubrick's landmark 2001: A Space Odyssey, except Kubrick's godlike aliens send their messages using giant black slabs rather than burning bushes.

Inspiration or ripoff? No ripoffs here. Humankind has tried to solve the riddle of how it came into being for ages, and the concept of a creator beyond our understanding was simply among the first such attempts to explain our existence. 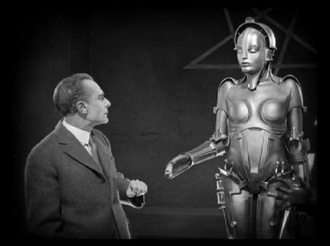 In Jewish folklore, the golem was a being created out of inanimate material to do its maker's bidding—in the most famous version, one such creature was created by Rabbi Loew to defend the ghetto of Prague from anti-Semitic attacks. One variation on the legend, about the 16th century rabbi Ba'al Shem, had the creation turning on its creator and ending in the destruction of both. In Metropolis, city leader Joh Frederson (Alfred Abel) orders the evil scientist Rotwang (Rudolf Klein-Rogge) to send his own "golem"—a robotic version of the saintly labor leader Maria (Brigitte Helm)—on a mission to mislead the city's downtrodden workers. But the plan backfires and the robot leads the workers on a destructive rampage—a classic example of the "hubris" inherent in the golem legend.

Inspiration or ripoff? Metropolis takes only the bare essentials of the golem fable and incorporates them into a much wider and more complex saga. 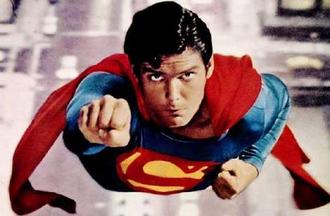 German philosopher Friedrich Nietzsche came up with the concept of the Ubermensch, or the "Overman," in his novel Thus Spoke Zarathustra, which has been loosely defined as a superior evolution of man. Yes, the Nazis used Nietzsche's idea as the basis for their loathsome "master race" goals, but it was also one of the earliest influences on the creation of Superman by Jerry Siegel and Joe Shuster. Taking it one step further, however, isn't the idea of the "Overman" really the basis of every superhero? Aren't, say, the X-Men a step forward in human development? We wonder, though, what Nietzsche would have said about the capes and tights ...

Inspiration or ripoff? No contest here. Nietzsche wrote about his superman in only the most general terms, while Superman and his contemporaries put meat on his philosophical bones.