With resources still at a dire level for the survivors on The Walking Dead, it's time for a trip to Hilltop. On Sunday's new Season 11 episode, "Out of the Ashes," Carol (Melissa McBride), Aaron (Ross Marquand), Jerry (Cooper Andrews), and Lydia (Cassady McClincy) head to Maggie's former community to see if there are any tools or resources available, and what they find is quite the surprise.

A Whisperer herding walkers is certainly bad news for everyone, but there's even more to be worried about in other parts as the episode also promises to address Eugene's (Josh McDermitt) group going through orientation at the Commonwealth. There's also more to Maggie (Lauren Cohan) and Negan's (Jeffrey Dean Morgan) awkward trudge through the woods, as they're left together to bring back the supplies from Arbor Hills.

Watch SYFY WIRE's exclusive sneak peek at a pivotal reveal in this week's The Walking Dead episode below: 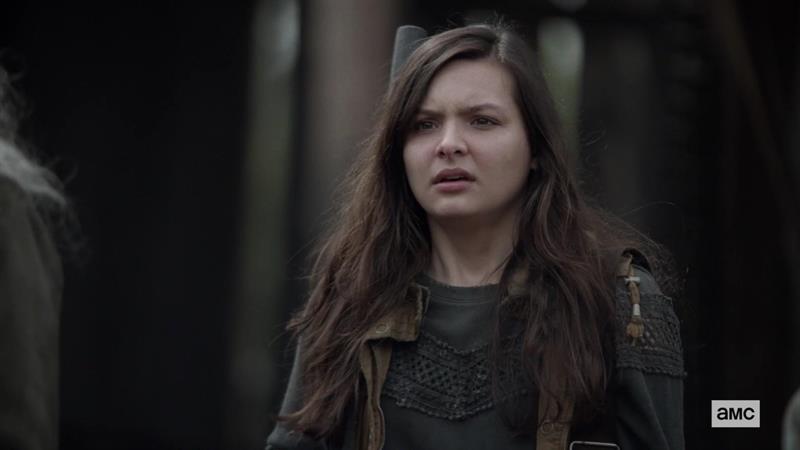 In our recent interview with Cohan, we found out that this mission is obviously where the compartmentalizing of Maggie's feelings about Negan are coming in handy.

"The world comes with many, many points of view, as we all know. This season definitely touches on the themes of [the] bigger picture," Cohan said. "And I think that's the compartmentalizing, in that I need to find what I have in common. And that's every day, where I've got to run towards where I connect. Run, don't walk! This piece of you I love, and if I love it hard enough, is it gonna illuminate everything else that we think differently about? And that is what Maggie is trying to get to with Negan."

And last but not least this week, Judith (Cailey Fleming) and the kids will clash with teenagers. It's important to note that this week's episode is written by LaToya Morgan and directed by Greg Nicotero, which means expect big things to happen.

The Walking Dead Season 11, Episode 5, "Out of the Ashes," airs this Sunday on AMC.