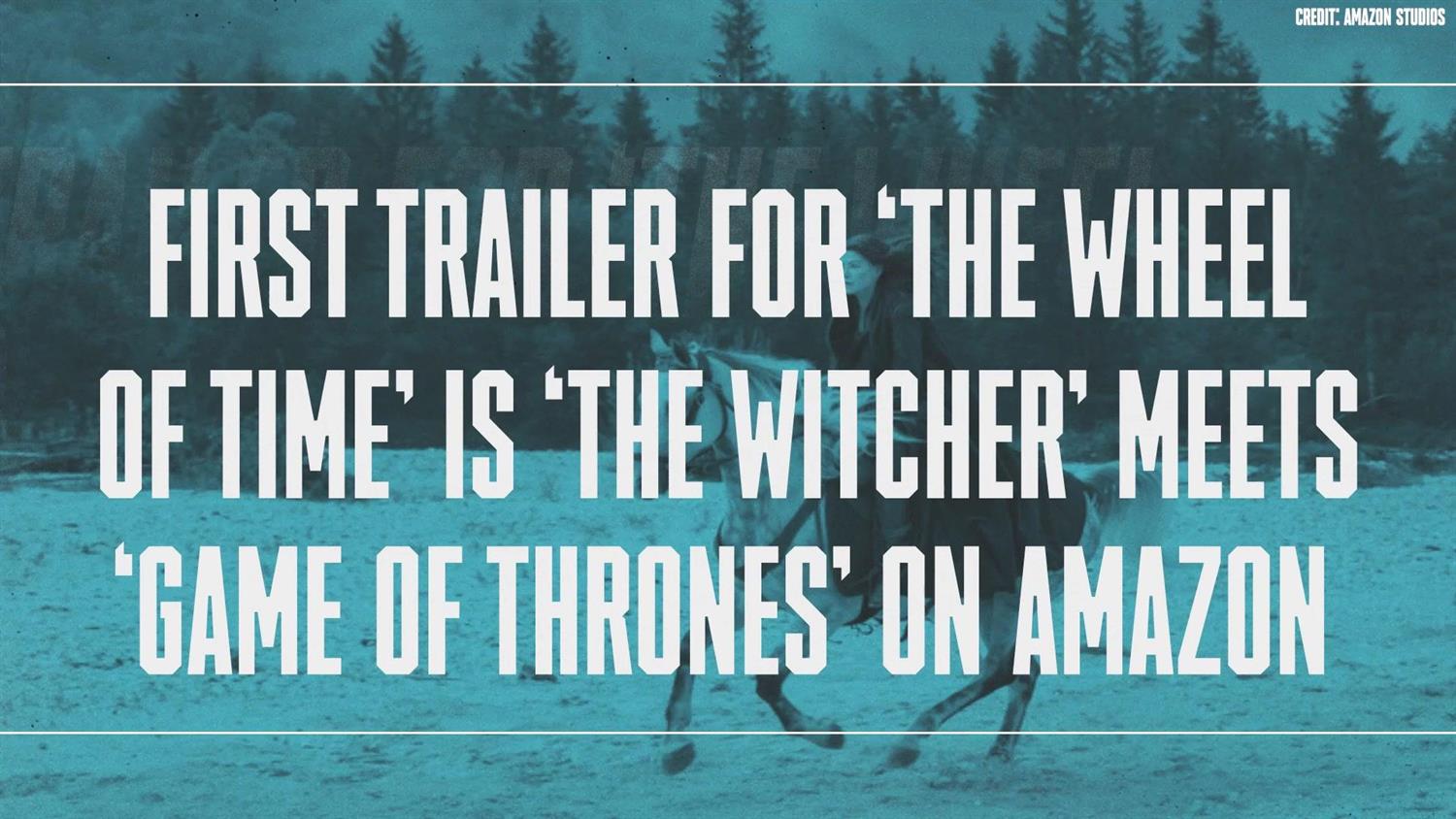 The Wheel of Time series coming to Amazon has dropped its first teaser trailer and fans of Robert Jordan's epic book series should be plenty happy with creator/showrunner Rafe Judkins' adaptation.

The 15-novel high fantasy series of war, friendship, myth, and monsters is showing off just how different it'll be from Amazon's upcoming The Lord of the Rings show. As you'll see, this first batch of footage feels like a mixture of The Witcher and Game of Thrones. That statement gets an extra boost from the inclusion of Roose Bolton himself, Michael McElhatton, who has now traded one fantasy universe for another.

Rosamund Pike (Die Another Day, Gone Girl) leads the ensemble cast as Moiraine, a member of the Aes Sedai, a magical order of women who maintain peace and order throughout the land. After saving the community of Two Rivers from a monster attack, Moiraine leads the survivors on a journey that will either save or destroy humanity.

She also does a great job of summing the show's title: "The Wheel of Time turns and ages come and pass. Leaving memories that become legend."

Check out the trailer now:

"Wheel of Time is the first fantasy series that really dove into the political and cultural worlds of all these different characters," Judkins, an alum of Survivor and Marvel's Agents of S.H.I.E.L.D., recently explained to Entertainment Weekly. "It was also one of the first to dive into multiple POV characters, so you're following an ensemble, with each of them having their own agendas and approaches to everything. That's always felt to me like the missing piece of the fantasy-literature landscape that hasn't been brought to TV or film yet."

The Wheel of Time premieres on Amazon Prime Video on Nov. 19.