The 10 most gorgeous blasters and ray guns in science fiction

In honor of our change from SCI FI Wire to Blastr, we've rounded up the most beautiful blasters and ray guns from science fiction for your ogling pleasure. Mostly the terms "ray gun" and "blaster" are used interchangeably, so we're not being too picky about our definitions. Our main criterion is that the blasters have to cause massive amounts of envious drooling. 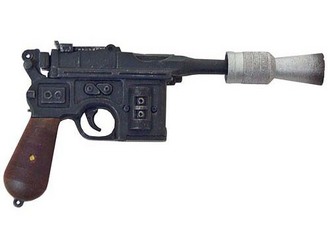 8 animals with wild superpowers that would make Superman jealous
Is there a REAL zombie outbreak going on right now in Africa?

This is possibly the most gorgeous and most recognizable blaster in all of science fiction. You probably already know the DL-44 was carried by Han Solo in Star Wars. Its defining features include being notably good to have at your side in lieu of hokey religions and ancient weapons, and its utility in taking out Rodian bounty hunters before they can shoot at you. 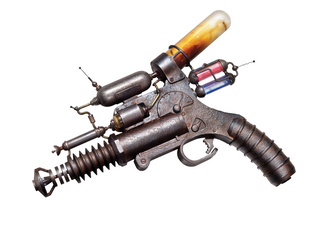 Every weapon in the Dr. Grordbort line of ray guns is awesomely beautiful, but for our money the Goliathon 83 is the most aesthetically pleasing of the bunch. The 83 doesn't come cheap, but then again neither do inverse aether flux holding cells and a custom-built carrying case. 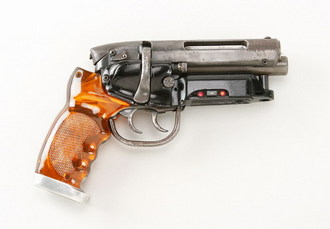 Another of the most beloved sci-fi blasters of all time is the one Rick Deckard carries in Blade Runner. This blaster is both beautiful and controversial, because it looks and operates more like a typical gunpowder weapon than an energy weapon. Some prop collectors have gone to great lengths to try and reconcile these facts. Us, we'll just enjoy the beauty of it. 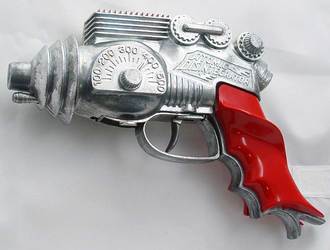 The Atomic Disintegrator from Hubley

The Hubley Atomic Disintegrator is the stuff of legend among toy ray gun aficionados (and kids aged 5-13). Originally manufactured in 1950s, this snub-nosed weapon of death continues to be prized for its awesome design, in-your-face red grips and ability to disintegrate at a variable rate of 100-500. 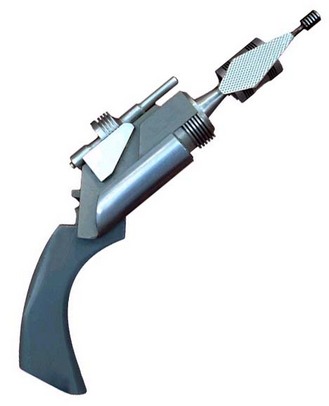 The original Klingon Disruptor began life as a Sonic Disruptor from the planet Eminiar VII. With the addition of a new muzzle tip and a scope, it became the deadly weapon of a fearsome warrior race. Although an almost equally gorgeous modern disruptor appeared in later incarnations of Star Trek, we prefer the original. 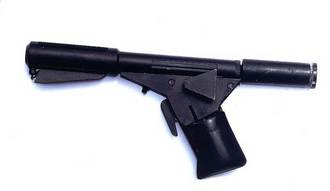 The Sandman "deep sleep" blaster in Logan's Run is notable for two things: 1) its grimly gorgeous design 2) the fact that it's the only blaster we know of that shoots green fire out of its muzzle. Why green? Why fire? Keep asking questions and we'll send you to Carousel early. 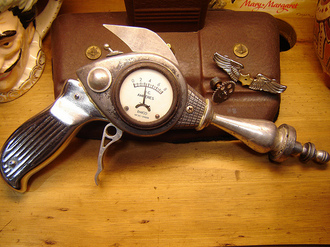 Tinkerbots builds ray guns and robots inspired by Golden Age radio adventures. What's especially amazing is that all his creations are built from other people's junk. This steampunk blaster was made from an old chalk line, a toggle switch, bits of old lamps and more than a touch of awesome.

The Arc Gun from District 9

The Arc Gun is the most nontraditional entry in our lineup, but that's only because this alien beauty was developed by alien minds. The Arc Gun comes in different color schemes, but we prefer the tiger-stripe version pictured. Grrrrrr. 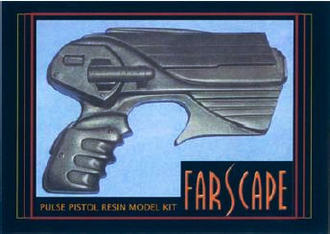 The Peacekeeper pulse pistol is unusual in the blaster/ray gun category because it's powered by oil. Chakan Oil, if you must know. It also has a tendency to jam. That's why, when John Crichton found a specific pulse pistol he thought was more reliable than the rest, he affectionately named it "Winona." The other reason is because, well, he's John Crichton. 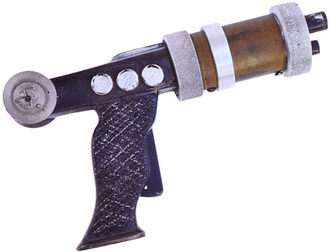 Before there were phasers on Star Trek there were laser pistols. Capt. Pike carried one in "The Cage," which is probably the reason Star Fleet moved on to the more useful phaser, now that we think about it. Phasers are all well and good, but honestly, they look a little wimpy. If looks are more important than keeping your full body function, we'll choose the Laser Pistol every time.