It's one thing to whine about one's dad, "He never hugged me," or "He worked too much," or "He embezzled millions, then switched identities with me." But most dads never do stuff as bad as the things some sci-fi dads have done to their kids.

In order to make your dads look like saints this Father's Day, we've put together the 12 most atrocious acts a sci-fi father has committed. 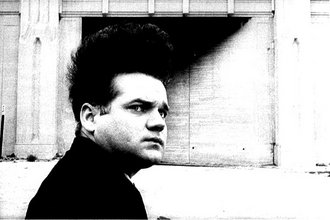 Also known as "the one David Lynch film that isn't fun to watch when high," Eraserhead is the twisted filmmaker's masterpiece tribute to the sense of dread. The film's drastic feeling of doom crescendos when Henry's girlfriend births a scary-looking "baby." Eventually, the pressure of new fatherhood overwhelms Henry. Rather than skip town with a cocktail waitress, Henry slices open the bandages wrapped around the baby. Apparently this is the only thing holding the baby's organs inside its body. Spencer then adds insult to brutality by stabbing his baby with the scissors. This kinda bums us out, so we'll conclude by noting that the baby looks a lot like Kobra Khan from the He-Man Universe: 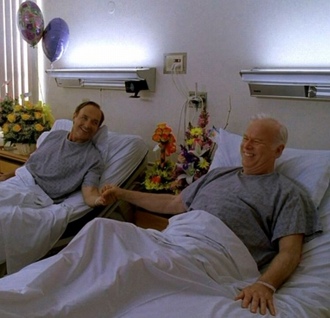 It's a classic character story: estranged father reunites with his son and pretends to be all loving. But really, the dad has sinister motives, whether it be borrowing money, needing a place to stay or wanting to spend time with his grandchildren. On Lost, John Locke's dad needed an organ donor. So he befriends his long-lost son just long enough for the transplant, then bails on him. Oh, also, he threw Locke out of an eighth-story window. But that was after the kidney thing, so Locke kinda shoulda seen it coming. 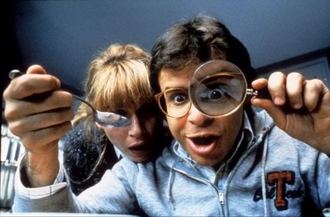 The dad from Honey, I Shrunk the Kids is an awful dad. He makes a laser ray that blows stuff up, then he leaves it lying around the attic, safety off. There is a key point in the film where a baseball gets stuck in the machine, causing it to turn into a shrink ray. Had that baseball not gotten stuck there, the title would've been "Honey, I exploded our children." Who builds futuristic weapons in their attic, anyway? Bad dads, that's who. 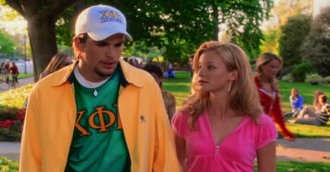 Butterfly Effect answers the question "What if the ability to time-travel were squandered on someone who would only use it to resolve their own childhood issues?" The main character, after discovering the secret of time travel, uses it to help a girl avoid childhood sexual trauma. As noble as that is, it's a little obsessive in a world where traveling back in time could be used to save thousands of lives. So, actually, it could be said that the pedophile dad in this film is responsible for the entire universe not being healed. 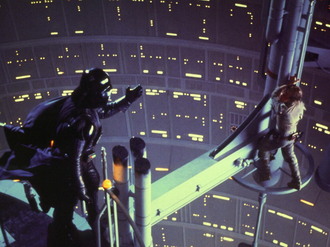 We usually don't put such minor characters on this list, but Darth's parenting skills put him in his own league. The list of things Darth Vader did to Luke is lengthy: trying to kill him, using his knowledge of Leia's identity to manipulate Luke, ruining the legacy of these great films by being a lame teenager in the prequels, torturing his friends, making Luke take care of annoying robots, and of course that hand thing.

Dr. Evil Tries to Have His Son Killed 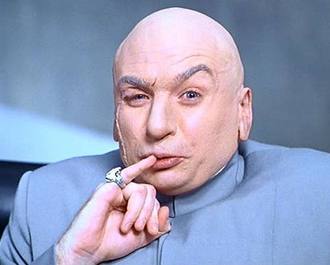 Austin Powers proved that there is perhaps nothing funnier than filicide. Dr. Evil himself confesses to repeatedly trying to have Scott Evil killed. Then he replaces his son with a murderous little person, reunites with his son, then renounces him, again. Dr. Evil was one coat hanger away from being the next Joan Crawford.

Dad from Amityville Horror Remake Chases Family With a Shotgun 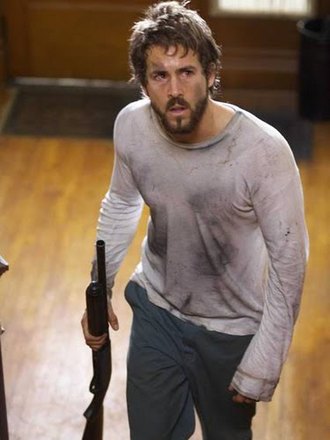 Look, dads, raising a family is hard. But don't go trying to save a few bucks by moving everyone into a murder house. Or, if you must live in a brutal murder scene, at least have the decency to have it inspected for Native American corpses hiding in the walls. This is why home inspectors exist: "We determined that the foundation is solid, but the walls are not zoned for blood seepage." Eventually, possessed dad starts trying to kill his own family. The coup de gras is when it's explained that the dad and his family escape and never returned. Thanks, dad ... thanks for leaving an unlocked murder house just standing there. 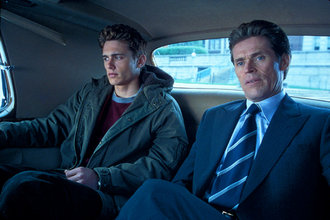 Norman Osborn is the opposite of what we should look for in a good father. First of all, a good father should never put on a costume and go fight crimestoppers. Secondly, a good father should never use his wife's death as an excuse to be a cold-hearted jerk to his son. By pushing his son down a path of drugs and despair, Norman Osborn assured his legacy. Always desperate for his father's absent approval, it was no shock that Harry Osborn would eventually take on his father's evil persona.

We're not going to fault Damien's adoptive father for repeatedly trying to murder his son. After all, his son was destined to rise up and torture mankind. However, all this could have been avoided had the father not made a stupid, selfish and really creepy move. After his own son died in childbirth, Damien's dad finds another baby and swaps it in, not telling the mother. What the hell is that? Why does Dad not get suspicious when a priest immediately shows up with a replacement baby? Plus, where is Damien's father, the Devil, throughout all of this? Satan looks like he's a pretty bad dad, too. 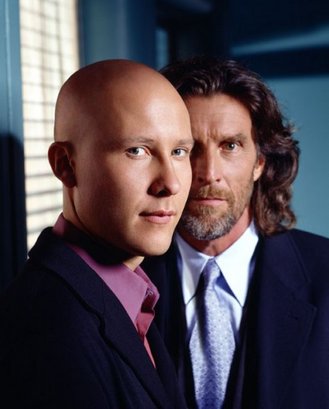 Raising your son to be a ruthless corporate shark is one thing, but then renouncing him when he succeeds at this is what puts Lionel Luthor over the top. Oh, and also the beatings Lex endured, once being thrown against a table. Plus that one time where Lionel wiped Lex's memory, because his son was sniffing too close to his father's secret affairs. It takes a lot to make us feel sorry for Lex Luthor, but Lionel does it. 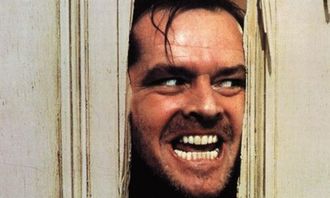 Jack wants to stop physically abusing his son. He decides a great way to do this would be to lock himself and his son up in a creepy hotel for months. Also, let's totally ignore the fact that his son has telepathic superpowers, or that dad sucks as a writer, a teetotaler, and a human being. Also, he seems to be willing to trade his family's lives for a few bottles of alcohol, which is a horrible exchange rate. 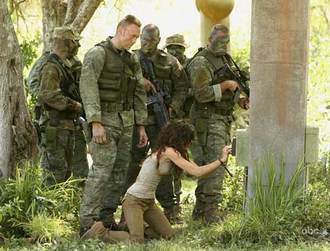 Okay, when your "dad" is really just some creepo who kidnapped you, you can't really expect too much out of him. But still, one of the most shocking moments of Lost came when a team of mercenaries put a gun to Ben's daughter's head, demanding he surrender. Rather than surrender, Ben assumes they are bluffing, and is subsequently treated to the brutal sight of his daughter getting shot in the head. Then, and only then, does Ben finally decide to release the hugely powerful smoke monster to deal with the mercs. To top it all off, Ben was always late picking up his daughter from Dharma soccer practice.

We hope these cruel acts have made you feel better about your own dad's faults. Heck, the fact that you are still alive means he's better than many of the dads on this list. Just keep that in mind this Father's Day, if you're having lunch with your dad and he inevitably reveals that he has superpowers and has been using them to become a master criminal.