The BBC canceled Doctor Who Confidential? Say it ain't so!

Back in 2005, when Doctor Who returned to our TVs, it didn't do so alone. The program was joined by a behind-the-scenes counterpart, Doctor Who Confidential, which captured all of the major moments and gave insight into how the show came together. Today, the Guardian announced that Confidential has been canceled.

The BBC has been facing serious budget cuts of up to 20 percent across the board, and BBC controller Zai Bennett feels that Confidential's time has come. According to a spokeswoman for the BBC:

"The Doctor Who spin-off series, Doctor Who Confidential, has been a great show for BBC3 over the years, but our priority now is to build on original British commissions, unique to the channel."

In what might set a world record, within hours of the announcement an online campaign has begun to save Confidential: Twitter account @SaveDWC has already amassed nearly 3,500 followers (and that's just as of our posting this). 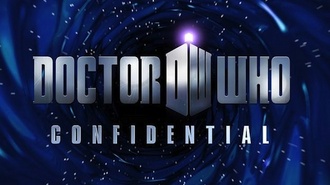 While some fans feel that the program's time has been long since due, it's hard to ignore such a huge outpouring of support. We doubt that Confidential will be pulled from the flames, but any reminder for the BBC of the size and passion of the Doctor Who fanbase is a good thing.

The final episode of Doctor Who Confidential will air after the series-six finale, "The Wedding of River Song," this Saturday.