The CW reveals the second superhero we'll be seeing on Arrow

Arrow has snatched another character from the DC catalogue. The series has cast a new heroine, one who'll give the archer a run for his money. Green Arrow isn't the only vigilante with a score to settle.

The Huntress is coming to Starling City. Arrow has tapped Australian actress Jessica De Gouw to play the famed character. Her incarnation will follow the backstory of Helena Bertinelli, the scorned mob princess.

According to the official description:

"Helena is a potential love interest for Oliver Queen; a fellow vigilante, set on destroying her father's organized crime empire. But Helena's blind pursuit of revenge will put her on a collision course with the Arrow."

De Gouw is set for a multi-episode arc, and scheduled to make her debut around episode six. Lately, Arrow's casting department has been on a roll. Before De Gouw, Torchwood's John Barrowman signed on to play a "prominent figure" and Kelly Hu (X2: X-Men United) was cast as villainess China White.

Here's a photo of De Gouw below: 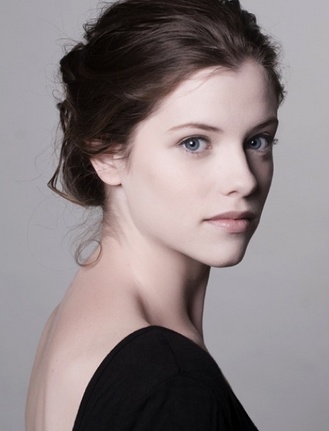 In 2002, The WB produced another comic-based series called Birds of Prey. It also featured The Huntress, but in that version she went by Helena Kyle (Wayne)—the daughter of Bruce Wayne and Selina Kyle. The role was played by Ashley Scott.

With all these additions, Arrow is getting more interesting by the minute.