The Incredible Hulk busted for selling drugs to puny humans

Or, rather, a British man was arrested outside of a nightclub for selling cocaine he didn't want while drunk, painted green and dressed as Bruce Banner's muscle-bound alter ego.

According to the Coventry Telegraph, 32-year-old Scott Anderson was arrested for supplying cocaine and possessing marijuana outside a nightclub. Apparently, the police thought something was odd about, you know, the Hulk making drug deals. 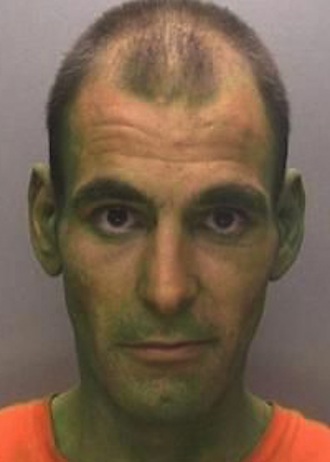 This statement from prosecuting attorney Christopher O'Gorman makes it just under the wire for understatement of the year:

"At around about that time they saw the defendant, dressed conspicuously as The Incredible Hulk, hand something to someone who handed money to the defendant."

Anderson, who had previous drug offenses, was sentenced to two years in prison.