Superpowers should be enhanced skills that make an ordinary person heroic and an evil person extremely difficult to defeat. Superpowers should NOT be an effective end-all to any and every conflict the character faces.

Yet, sometimes, it seems that a lot of powers exist solely as an emergency plan should the writers paint themselves into a corner.

With Alphas about to hit the air on Syfy July 11 at 10/9C, we take a look at some of these powers. Powers like:

Teleportation sounds innocent, at first. But watching it in action, it's hard not to notice how dominant it is as a tool of attack. Azazel uses teleportation to get places faster than flying, or even running at light speed. Azazel simply transports away from any counterattack. No one in the film can even step to Azazel; all of his fights are brutal slaughters in his favor, even against our favorite X-Men. As if that weren't enough, he can also teleport others simply by touching them. All he would need to do to conduct a major corporate takeover is shake a lot of hands.

This power could easily be used to take over the entire world, but instead Azazel just fights mutants and follows Kevin Bacon. But every time it seems the X-Men might actually win a battle, Azazel comes in and goes ballistic on everyone. It's like trying to enjoy a good old-fashioned knife fight when you know that one of the participants also has a gun in his pocket.

Existing at All Times 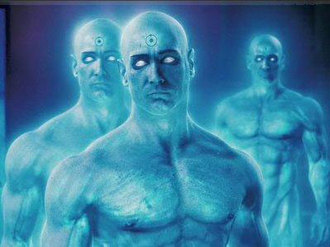 Like Superman and Kryptonite, Dr. Manhattan's secret weakness is revealed to be "getting really bored." That seems to be the only way that the anti-heroes from Watchmen can distract him long enough to keep him from rearranging atoms everywhere, which is another broken superpower. We've known people who got so high they could rearrange all the atoms in their universe ... trust us: they weren't bored.

You gotta wonder about a guy who can see the future, and harness the power of molecular reintegration, who still gets the wool pulled over his eyes. "We gave him way too powerful powers, so we're going to make him kinda slow mentally" seems to be a common trick with characters and superpowers, from Frankenstein to pretty much everything Lovecraft ever created. 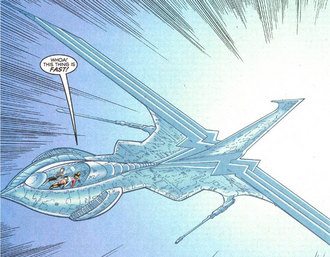 Okay, so Wonder Woman has cracked the invisibility nut, in plane form. But showing the power creep that plagues all superheroes, Wonder Woman has since found the ability to fly. So why doesn't she sell the plane?

Why does it have to be invisible, now that we're on the matter? Planes aren't tracked by sight, anyway. At least, we hope that's universally true: We hope there's not some air traffic control tower in some destitute country with a bunch of guys standing on top of it with binoculars and walkie-talkies.

Then, naturally, Gremlins got hold of it and started improving its tech. The plane became an intelligent being that could talk. So we've pretty much come full circle back to that pterodactyl airplane on The Flintstones. 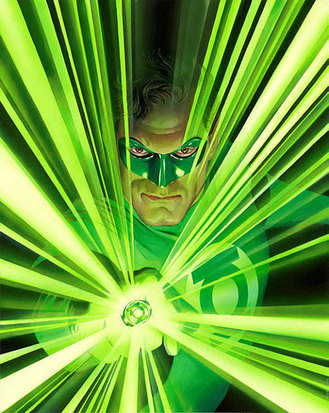 As long as his will is strong enough, the Green Lantern's ring can: time travel, create superstrength and speed, and make almost anything. We say "almost anything" because it apparently can't create a recharger for itself, a frequent plot point. It also can't create a bucket of green paint with which to paint yellow things. On the subject of the ring's inability to work on yellow things, what was with that? It was claimed to be the most powerful weapon in the universe, yet it doesn't work if you pee on it. 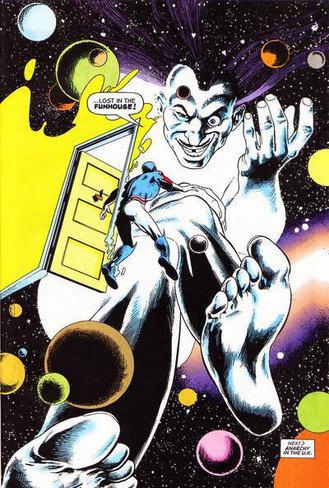 You know how some people live in a warped reality where they are the awesomest person in the world? Well, the fantasies of every Zaphod Beeblebrox came true for Mad Jim Jaspers. Anything in reality could be recrafted to suit the increasingly crazy tastes of Jaspers. That includes achieving such impossibilities as crushing universes, resurrecting the dead and maybe even getting reliable construction advice at Home Depot.

Notice, again, that the insanely overdeveloped superpower is nerfed by the main character's mental deficiencies. Some people: Just because they're God they walk around thinking they're better than everyone else. 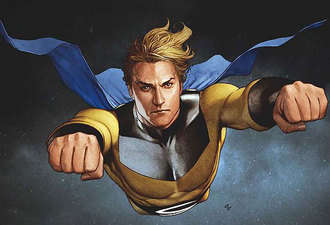 When Robert Reynolds became the Sentry, the character's powers soared out of control. When he is using his powers to their fullest extent, there is no known way to hurt the guy. He's even tried to commit suicide by flying into the heart of a star, but his atoms reformed themselves. So he can't even hurt himself.

It can get really boring watching a comic book character who you know can't be defeated. At least they gave him superpowers: It would be really lame to watch two invulnerable weaklings slug it out for eons. 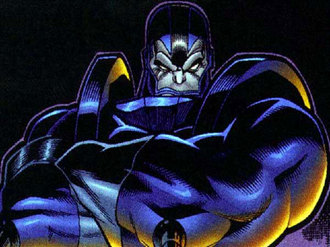 It would be okay if he could just turn into other things. But Apocalypse can shapeshift down to an atomic level. This allows him to emulate a host of other superpowers, like flying by turning into a jet. This is so superfluous, considering that Apocalypse already has a generous helping of additional powers, like immortality. In our opinion, the whole purpose of making a character immortal is to repeatedly beat them in some sort of recurring slapstick situation.

He can also regenerate, again using the power of molecular regeneration. How exactly this works is never revealed. In real life it would be like putting together a zillion-piece puzzle. Apocalypse should be peering at the ground for centuries, asking, "Has anyone seen any arm molecules around here? I'm still missing a few gillion of them." 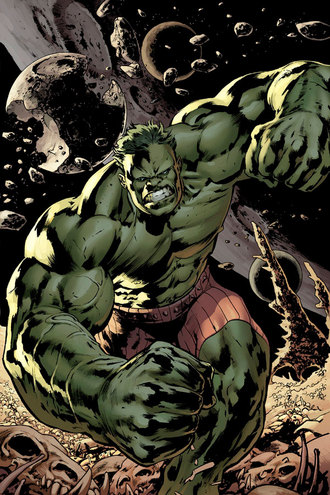 It's not enough that nuclear explosions can't hurt this guy; you can't even drown him or implode him in the vacuum of space, because "his tissues adapt." Remember the good old days, when the Hulk just gained strength by getting really mad? Like an alcoholic stepfather, Hulk would storm around in a rage, destroying everything he touched.

But then they decided that "injecting yourself with serum" should do much more. It wasn't enough that they would magnify all of the Hulk's body parts (except, oddly enough, the area around his crotch). So Hulk got all sorts of self-injected superpowers, like the ability to breathe underwater and survive the airless pressure of outer space. Do we really want someone with anger issues shooting up experimental chemicals then flying into space? 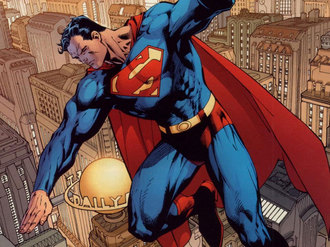 You'd think flying would be a safe, unbreakable superpower. But not if you can fly so fast it spins the Earth backward and turns back time. This whole thing where a character has one superpower, and it lets them perform the feats of another superpower, is crazy. It's like if the Flash were able to read minds by running so fast that the atoms in your mind bend or something.

Superman's powers have steadily been shown to be outrageously grandiose, and we consider the whole abuse-of-flying thing to be the biggest offender. The power was initially created to make it easier for animators, and to allow superman to travel places quickly. Now he can rocket through space (holding his breath to survive, of course) and shoot into the sun. What is is with flying into the sun, anyway, and why does it seem to be a hip thing to do for many superheroes? 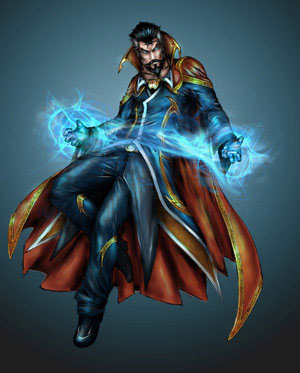 Many of the most overly powered comic book characters have one common weakness: high-powered magic. This is often the silver bullet that allows writers to resolve a plot where they've created an otherwise impossible scenario.

The problem is that this inherently makes anyone with "high-powered" magic on par with the power of a God. Doctor Strange seems to have no trouble using magic to turn back time, create things out of thin air, resurrect the dead and cast a shield over an entire planet. Doctor Strange probably just sits in his house waiting for the phone to ring with yet another writer who needs an easy out for a tangled plot. 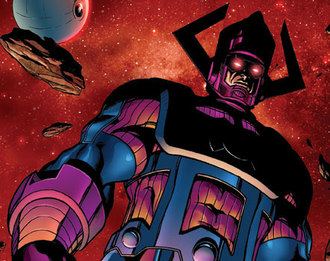 We could have called out Galactus for any of a bunch of overpowered, redundant abilities. He can do that molecular-rearranging thing that previously mentioned characters use as an excuse to do pretty much anything. He can even give his powers to another being, hence the creation of the Silver Surfer. In addition, he can create life and resurrect the dead. Also, teleportation: This guy's powers are broken beyond belief. This is like when you take a bunch of good ingredients and combine them, then wonder why your barbecue sauce ice cream sundae tastes so bad.

There should be some sort of "salary cap" on superpowers. All of these powers remind us of the Cold War, where each nation kept stocking more and more powerful nukes so that the other country couldn't be the first to vaporize the planet. Perhaps the DC reboot can be seen as the end of the Cold War, when all of our overpowered bombs were dumped into the ocean. Hopefully, everyone will stop running around scared to start a comic book conflict lest the universe be destroyed.