In last week's penultimate episode of Fox's sci-fi series Dollhouse, the face of the mysterious and murderous Alpha was revealed, and SCI FI Wire spoke with the well-known Joss Whedon actor who played him about what's coming up in this Friday's season-one (and possibly series) finale. (Spoilers ahead if you don't know who Alpha is!)

Alan Tudyk, who starred in Whedon's Firefly and Serenity, was revealed to be Alpha. He told a group of reports on Monday that the season finale features Alpha and Echo (Eliza Dushku) on a crime spree, a la Mickey and Mallory from Natural Born Killers. Last Friday's episode, "Briar Rose," ended with Alpha taking Echo out of the Dollhouse, with their personalities connecting romantically.

"We take it on the road," Tudyk said in a conference call. "There may be a kidnapping or two in the episode, but for Alpha it's about fulfilling his plan, which is just the last step. Getting Echo was the second-to-the-last step of his ultimate plan. He's got one more thing in place before they can really go on their worldwide-domination killing spree, ruling-the-world spree. It's about making her in his own image, really, as far as he's a god. In his mind, he's a god, and he wants to bring her up to his level of multiple personalities."

The following Q&A features edited excerpts of the conference call with Tudyk. The season finale of Dollhouse airs Fridayat 9 p.m. ET/PT on Fox. (There are season-ending spoilers ahead as well!)

So Alpha and Echo rode off into the sunset. Will they live happily ever after?

Tudyk: [Laughs.] I think that's Alpha's plan, sure. You know, everything that Alpha's done has been to get Echo. Whenever you see Alpha, he's screwing with the Dollhouse, and it's always around Echo and his obsession with Echo. It was his plan all along to come get Echo, and that's what it was all about. Now he has her, and he gets to fulfill his plan now, which is to make her like him. What Alpha is is this composite of people. We understand that he's a bunch of people crammed into one. He's 43 people in one, and he's ascended in his mind to a godlike place.

Could one of those 43 be Steve the Pirate from Dodgeball?

Tudyk: [Laughs.] We'll have to tune in and see. Maybe there's a "garr," but it's very subtle. Actually, there's a great dodgeball player in there. He was just never given a shot. He just doesn't get a chance to do that. If he survives this episode and there's a new season, maybe we can flesh that out.

What does playing 43 personalities give you as an actor?

Tudyk: A rash. No, in this coming episode, you see the effect of what 43 people is on one person. Alpha has a little bit of difficulty controlling them. We all have inner monologues, different voices that sort of chime in throughout our day, different opinions on situations. He's a little less in control of his opinions. They are full people who all want voices, so it takes effort to maintain order in the brain. It was fun, it was a challenge, it was a little crazy-making. Playing with that in your head, having to have different voices and try to sort them out, give them a voice and then also having to fight them, create them and fight them. He can contradict himself, because he's different people. He'll say one thing, and then say the opposite, and then say something similar to it because everybody's chiming in at once. So it was a bit crazy-making trying to wrap your head around those lines, make them real for yourself when you're saying them, even though you're saying the exact opposite of what you just said and meaning it just as much. ... 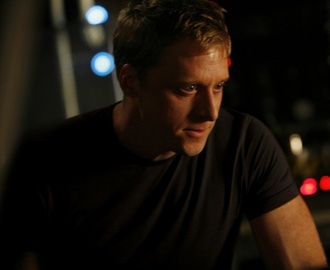 Tudyk: I think it's nothing I can confirm or deny, but there are certainly a lot of similarities. There are some mannerisms there, aren't there? I don't know about his father. I hadn't heard that one before, but in a world where personalities can be uploaded and downloaded and people can be composites of personalities, there could be a [connection] there. Alpha knew Topher when he was a doll. We'll get to see some of that in this next episode, when you see Alpha as a doll.

What would a second season mean for Alpha?

Tudyk: I can't say, because Alpha may not make it through the next episode. He does have Echo, and Alpha is a formidable person to deal with, but he has Echo, and that's playing with fire. It could blow up in his face.

Tudyk: You'll never know until you buy the DVD. I don't want to comment on my fate beyond this episode. Or Alpha's fate. My fate beyond the episode, totally alive, living a healthy life in Southern California. Alpha's fate is uncertain. ...

How did Joss come to you for this?

Tudyk: He set me up really well, because he didn't tell me he was offering to me, that he wanted me for the role when he first described it. He laid it out like, "The role does this, and he does this, and he's this composite of these people." He gave me a full scope of the guy. He was this person who was obsessed with Echo and was 43 people at once and has all these skill sets crammed into one, but because he's 43 people at once, he's mad. But he can do many things because he's also 43 people at once, and that he's sort of godlike in his mind. I was like, "Oh, my God, that sounds so amazing. Who's playing that?" "I want you to play it." It was really cool. It wasn't like we were discussing work. We were at Nathan Fillion's house playing Pictionary.