The 10 most truly, utterly evil things in sci-fi

No question, sci-fi is full of badasses. But there's bad, and then there's evil—so for the 27th of our 31 specials for the 31 days of Halloween, we're taking a look at true, black-hearted evil so far removed from humanity that it can't even be called sadistic or cruel, because those petty human emotions would just get in the way.

Check back tomorrow at noon for a look at the most cursed objects in sc-fi, fantasy and horror.

AM from "I Have No Mouth, and I Must Scream" by Harlan Ellison 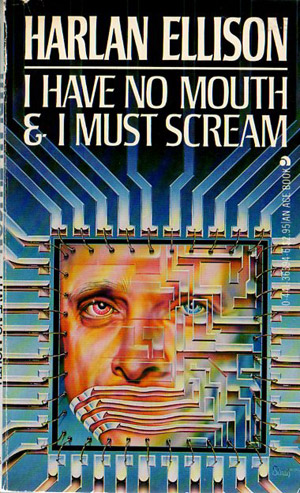 Once you read this short story you will never forget AM, a genocidal, world-spanning computer that keeps some pet humans alive—forever—in order to torture and mutilate them. Forever. Frankly, AM makes Skynet look only a little worse than Windows Vista.

The Cube from Cube 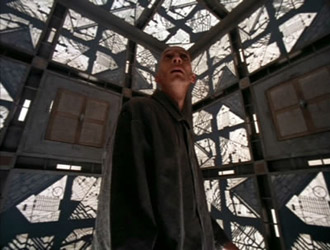 Is the Cube truly evil? It's a box that wants to kill you, but that describes a lot of things (like cars and Box from Logan's Run). More than a box, though, the Cube is a maze of death traps that tantalizes its victims with the slim chance of escape. And that's where its true evil lies—because people inside it have two choices: face down trap upon deadly trap, or lie down and die of thirst.

Armus, aka the Skin of Evil, from Star Trek: The Next Generation 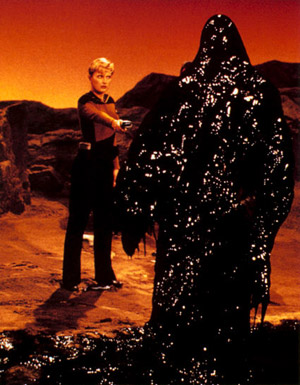 The phrase "pure evil" is usually hyperbole, except in the case of Armus, a creature formed from all the evil and negative emotions of an entire race. Those enlightened beings then left Armus all alone on its planet, which was cruel, if you ask me. So maybe they weren't entirely successful at exorcising their tarry demons. It's easy to sympathize with Armus' plight, thus demonstrating the power of Star Trek to make us feel empathy even for pure evil. 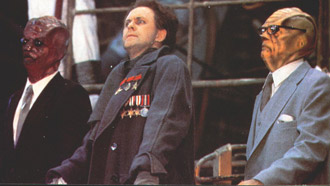 Here's what Buckaroo himself says about Red Lectroids: EVIL! PURE AND SIMPLE! FROM THE 8TH DIMENSION! Which is strange, because by all appearances Red Lectroids are bumbling nincompoops who couldn't fry an egg in the Mojave Desert. But if Buckaroo says it's so, it's so.

Everyone from Star Trek's Mirror universe 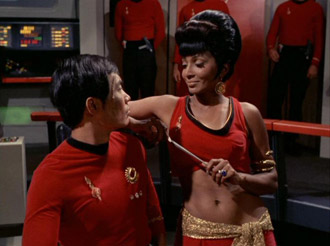 Looking for villainy? How about an entire parallel universe of selfish, scheming, churlish, underhanded, cutthroat, murderous, lecherous, backstabbing, double-crossing, liverish, lowdown, corrupt, nefarious, petty, spiteful and darn rude people who look just like you and all your friends. But slightly cooler. 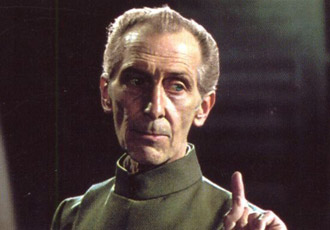 Here's a guy who blows up inhabited planets to make a point. Just because they are in his way. Compared to Tarkin, should we really be afraid of Darth Vader? What's Vader going to do that's so scary? Choke someone from a foot away? Build a protocol droid?

Daleks from Doctor Who 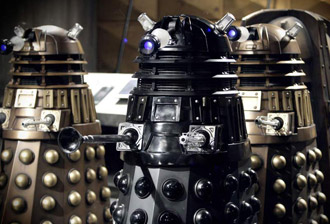 Unlike so many robotic/cyborg life-annihilators that lack all emotion, the Daleks exhibit a healthy ability to feel. But they only feel hate. And they feel a lot of hate, although maybe they wouldn't be so cranky if they had legs. 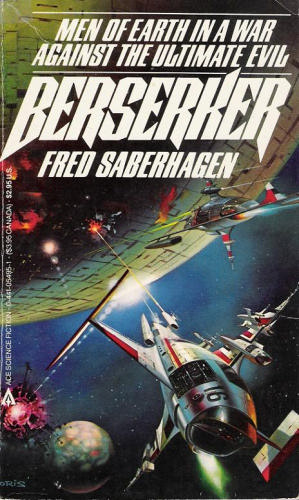 Yes, there are a lot of machines out there that hate humans, but Berserkers always bring their A game. First, they want to destroy all organic life, down to the microbe. Second, they are planet-sized starships. Third, they are self-replicating. Imagine a gigantic Death Star with the mind of a Dalek that can reproduce. That's a Berserker.

The baddie that haunts the starship Event Horizon is completely ethereal, but it's bad, bad, bad. It sends the crew into a festival of torture, mutilation and cannibalism, then goes all subtle on the rescue party, giving them visions of the loved ones they have lost and betrayed. When is an experimental warp drive ever going to open a portal to the dimension of pink fluffy happiness? 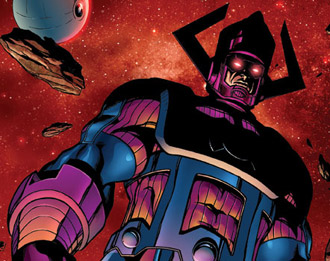 Vengeful gods are a problem, no question, but they are generally on your side. Galactus, though, is a god who has no need of worshipers--except as salt on the planets he eats. And because he's telepathic, unkillable and can teleport entire galaxies, the best policy to adopt with him is: Avoid. Which isn't easy, considering he's 28 feet tall and weighs 18 tons.