Producer reveals tonight's reboot of The Event will be 'aggressive'

Are you ready for some major answers when it comes to the return of NBC's The Event? Well, executive producer Evan Katz has plans to satisfy your quest for answers when the final 12 episodes of season one "reboot" the series, beginning tonight with the two-hour midseason premiere at 8 p.m. ET/PT.

And when it comes to the Sean and Leila of it all, "Leila's going to confront her father," he said. And Sean will connect with Sophia. 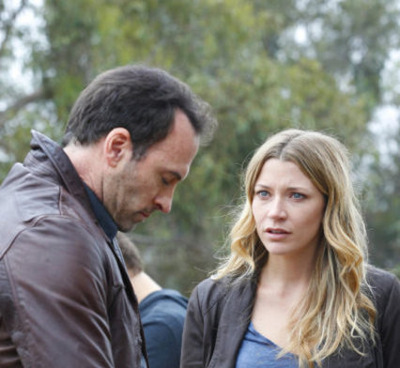 As for Hal Holbrook's freaky character James Dempsey, "you will find out who Hal Holbrook is. And you will see Martinez react to the increasing pressure of what Thomas has planned," he said. "No president has dealt with the unknown before this. We're introducing an interesting character named Senator Catherine Lewis, who is looking for the truth about Mount Inostranka. And she's played by Virginia Madsen." Sen. Lewis goes to the lengths of threatening to go on "Hardball With Chris Matthews" if the president doesn't tell her what's really going on.

Katz promises that they will be "dialing back on the flashbacks. I mean, they were great when we need them, but I feel like we've gotten a lot of what we need in terms of what happened in the past. There will be some. However, when you're building a suspense story with a lot of tension, suddenly breaking for a flashback can undercut that. So that's something else. And I think viewers were fairly clear. It was too much."

The biggest news is that we'll finally learn what the titular event is all about. "You will find out what the event is. ... I think by the end of the first two episodes you'll kind of be able to get a sense of what the climax at the end of the year will be. Like if it were an episode of 24, what the equivalent of a nuclear bomb would be," said Katz, who was also an executive producer on Fox's 24.

"The reboot's pretty aggressive. We have a lot of crazy, crazy twists and happenings happen," he said. "And we have our event at the end of the year, which is actually something I've never seen before. Which is not easy to do. I've actually never seen it before, even in another version. So that's kind of exciting. And I'm dipping into the 24 well for evil, treacherous characters and twists. Very fun." 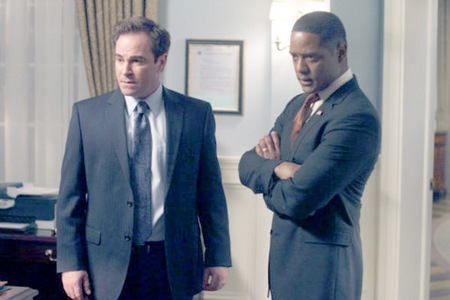 Are you ready to learn what "the event" really is?