"Back in 1835, when Halley's Comet was overhead, same night those men died at the Alamo, they say Samuel Colt made a gun. A special gun. He made it for a hunter. A man like us, only on horseback. Story goes, he made 13 bullets. This hunter used the gun a half dozen times before he disappeared, the gun along with him... They say this gun can kill anything." —John Winchester, "Dead Man's Blood"

As Supernatural gets ready to air its last original episode of the year, tonight's installment, "Abandon All Hope," returns us finally to the weapon that the boys have been seeking since the Apocalypse started at the end of last season: the Colt.

The last time we knew about it, Bela (Lauren Cohan) said that she gave it to that demon bitch Lilith. But Sam (Jared Padalecki) and Dean (Jensen Ackles) got a tip last week on where they might find that missing Colt, and tonight they and Castiel (Misha Collins) are on the hunt to try and get it back.

Supernatural is getting a prequel, but these other spinoffs got ganked first
Jared Padalecki & Jensen Ackles’ Supernatural hubbub stressed out fans, and they're letting the duo know

While the Colt has been part of the series' mythology since the end of Supernatural's first season, the gun has become the key to opening up the gates of hell. Talk about a multitasker. The weapon cameoed in an episode that sent Dean back to 1974 and in another episode this season when the cheeseburger-loving Winchester ended up in the future briefly. Unfortunately, the ultimate weapon did not work on Lucifer ("The End"), who came dressed as Sam, and proved that white is just not Sam/Lucifer's color.

So what's so special about this gun besides having some cool special features, including a little Latin inscription that means "I will fear no evil," and a pentagram on the handle? Well, Supernatural creator Eric Kripke admitted last year that he and his writers have dabbled with the idea of giving the Colt its own series.

"When the writers and I are procrastinating in the room, we sometimes discuss a possible Supernatural spinoff, ... a prequel that relates the adventures of Samuel Colt and the band of hunters who roamed the Old West. As I said, I consider Supernatural a kind of modern-day western, so it'd be cool to go all the way with it and make an actual horror western. And I like the idea that the Supernatural universe is a fleshed-out one with a history that goes back centuries. Who knows? Maybe one day I'll be able to tell that story." 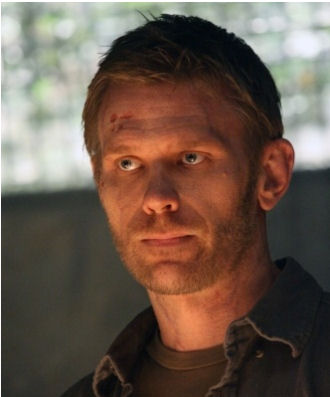 Perhaps. Until then we'll have to embrace tonight's tale, which takes Sam, Dean and Castiel into the lion's den in search of the Colt. And, yes, we already know it won't kill future Lucifer, but it should certainly be able to take out some other bad guys.

Here's some of the Supernatural goodies we can look forward to tonight on "Abandon All Hope."

Sam, Dean and Castiel head off to find the Colt.

Bobby (Jim Beaver), Ellen (Samantha Ferris) and Jo (Alona Tal) join in on the hunt, but they decide to enjoy what might be their last night on Earth.

Meg (Rachel Miner) is back to taunt the boys.

Sam and Dean run up against the powerful demon Crowley (Mark Sheppard).

Lucifer (Mark Pellegrino) is back, and he has a little one-on-one with Castiel.

Our best guess as to how the episode will come out? It's the Apocalypse! Maybe some death, destruction and the Colt going bang. Regardless, our mind-reading superpowers tell us we're looking at a big, hairy midseason cliffhanger ... sort of a Happy Holidays from the folks at Supernatural to keep us all warm and cozy till the series returns with new episodes on Jan. 14, 2010.

Are you ready for a big Supernatural mythology episode? How about a huge cliffhanger and then having to wait till mid-January for more?

For the latest sci-fi news, follow us on Twitter at @scifiwire
Tag: Supernatural
Close Search Return to SYFY homepage.