Tron Legacy's Olivia Wilde teases us about her role

Olivia Wilde has been keeping her lip zipped about her role in the upcoming Tron Legacy, but we got her to offer up a few details about her character, who we know is some kind of program in the digital world.

♦The smoking-hot actress wears a new version of the famed Tron "light suit" that is skintight and black. How does it fit? "Oh, like a glove," Wilde said with a laugh in an interview Monday in Pasadena, Calif., where she was promoting her Fox TV series House. "Like a really tight glove. It was an honor to wear them, and I think everyone will be really wowed by them. It's technology that's never been used before, so it's really exciting to be a part of that. It feels like a coup in the film world. I'm really thrilled to show it off. I think it's going to be exciting."

♦She does some stunts. Like a disc fight? A light-cycle race? Piloting a light jet? She won't say. "We did quite a lot of it," Wilde said. "It was really fun." (Tron Legacy producers have shown tests of the acrobatic martial arts performed by the 87eleven stunt team, but they're apparently not having all the fun.) 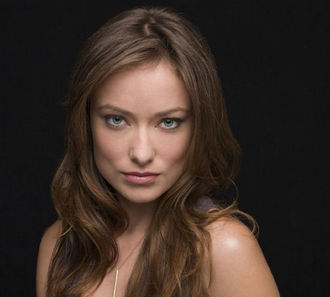 ♦Is she human? "I don't approach it differently," Wilde teased. "I find the human perspective of anything I play, and I tend to do a lot of research for every role. For that particular one, I did a lot of research. I guess I should leave it at that."

Tron Legacy, the follow-up to the groundbreaking 1982 sci-fi movie Tron, centers on Sam Flynn (Garrett Hedlund), who has to go into the virtual world to look for his father, Kevin Flynn (again played by Jeff Bridges). It's there that Sam meets Wilde's character.