TV THIS WEEK: Chucky and Day of the Dead on SYFY; La Brea, Just Beyond, Legends of Tomorrow & Fear the Walking Dead

If you're in the market for thrills and chills — and maybe a bit of time-displaced superhero action — this week has pretty much everything you could want. From Chucky to more from the Walking Dead franchise, let's dig in.

SYFY has a full slate this week when it comes to horror fare, led by the series premiere of the new Chucky series from franchise creator Don Mancini on both SYFY and USA. The cast and creator were on hand at New York Comic Con last week for the world premiere and to set up the season, and fans went bonkers. SYFY also has the premiere of the new Day of the Dead series, along with the premiere of slasher reboot Slumber Party Massacre.

If you're looking for some scares that are a bit more family-friendly, Disney+ has the premiere of its new R.L. Stine-inspired anthology series Just Beyond, which has a real Twilight Zone vibe. The CW has the season premiere of DC's Legends of Tomorrow, which picks up with the team trapped in the 1920s (get a full breakdown on Matt Ryan's new character and the season to come right here). The flagship The Walking Dead series might be on its midseason hiatus, but Fear the Walking Dead returns this week with a brand new season to fill the gap.

NBC has a new episode of breakout sci-fi hit La Brea; The CW has the season finale of Roswell, New Mexico, plus new Batwoman and Supergirl; Apple TV+ has new episodes of SEE and Foundation; Peacock has a new Lost Symbol; and HBO Max has fresh installments of Doom Patrol and Titans.

Check out the full rundown below.

With the survivors' food supply dwindling, Eve and Ty venture into the forest on a risky hunting expedition; as an unlikely rescue mission comes to fruition, Gavin must put his faith — and the fate of his family — in the hands of an old friend.

SERIES PREMIERE: Inspired by the writings of R.L. Stine, Just Beyond is an eight-episode anthology series that tells astonishing and thought-provoking stories of a reality just beyond the one we know. Each episode introduces viewers to a new cast of characters who must go on a surprising journey of self-discovery in a supernatural world of witches, aliens, ghosts and parallel universes.

SEASON PREMIERE: After defeating the aliens and saving Earth, the Legends find themselves stranded in 1925 Odessa, Texas, with a destroyed Waverider; wanting to help fix things, Astra tries using her powers, which creates unwanted attention from the town.

SERIES PREMIERE: A normal day for the town of Mawinhaken takes a horrifying turn when the dead begin to rise.

FILM PREMIERE: A slumber party turns into a bloodbath, as a psychotic serial killer wielding a power drill disrupts the fun. 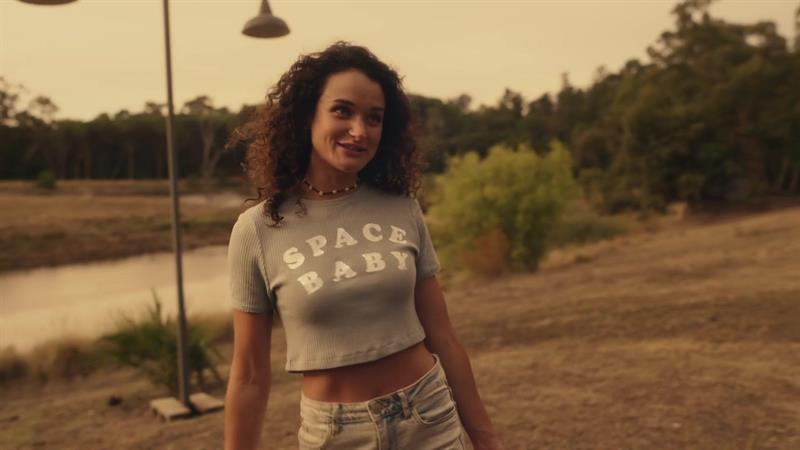 SEASON PREMIERE: While most of the landscape is destroyed by nuclear warheads, Strand thrives in one of the few inhabitable places left; Strand's search for survivors uncovers a stranger with an unexpected connection to his past.

SEASON FINALE: Isobel helps Kyle save a life; Jones needs something from Michael; Liz and Heath continue to work on the science in the hope of stopping Jones; everyone is working together to try and defeat the dictator. Then: The ultimate showdown with Jones is finally here, and Liz must trust herself if she is going to the save the man she loves.

Each Joe must come to terms with an unfamiliar and challenging feeling; Music Joe enlists help to look for his son; Cop Joe navigates the aftermath of a shooting; Nurse Joe and Jenny discuss a big career opportunity.

ANIME FILM PREMIERE: In the time between the fall of the Shogunate and the rise of the Meiji era, a powerful bright light emitted from a wand brings an end to the long Shogunate period to avoid further bloodshed as Japan begins to shift toward a new era.

Courtney is left devastated after discovering a dark secret that Pat has kept hidden from her; Jennie may be able to help in their plan to stop Eclipso, but they're forced to put their issues aside as they set out on a road trip to find her.

Supergirl continues to fight Nyxly for the remaining totems, but after Nyxly kidnaps William, Supergirl realizes she needs to take a more proactive stance to keep National City safe; Alex faces the biggest challenge of her life.

A special preview of SYFY's new series Day of the Dead.

As Batwoman continues to keep the streets of Gotham safe, Batwing joins in on the action, but Luke quickly realizes he hasn't quite mastered his suit; as Alice sits hopelessly imprisoned in Arkham, Sophie fully enjoys her freedom.

An unexpected visitor arrives at the White House and reveals the details of the horrific plan.

SEASON PREMIERE: Another Life centers on astronaut Niko Breckinridge (Katee Sackhoff) who is focused on searching for alien intelligence. She leads a crew on a mission to explore the genesis of an alien artifact. As Niko and her young crew investigate, they face unimaginable danger on what might very well be a one-way mission.

A young Harvard symbologist must solve a series of deadly puzzles to save his kidnapped mentor and thwart a chilling global conspiracy.

SEASON FINALE: Developed by Emmy Award winner Mike McMahan, season two of STAR TREK: LOWER DECKS is bigger, funnier and Star Trekkier than ever before. Fans can expect strange new (and familiar) aliens to challenge the crews of the U.S.S. Cerritos and the U.S.S. Titan.

Titans follows young heroes from across the DC Universe as they come of age and find where they belong. In season three, circumstances draw our heroes to Gotham City, where they will reunite with old friends and face new threats.

The Doom Patrol is at a difficult crossroads and each member struggles to face who they are and who they want to be. And things get a whole lot more complicated when Madame Rouge (Michelle Gomez) arrives in a time machine with a very specific mission, if only she could remember it.

When Thorfinn's bones are discovered on the property, he asks Sam to conduct the traditional Viking funeral he's always wanted; Sam and Jay are torn when they learn that the bones could be sold to a museum for a lot of much-needed cash.

After learning that Malivore has taken over Landon's body, Hope and the squad come up with a risky plan to rescue Landon; an impromptu date with Finch brings up a subject that Josie is not ready to talk about.

Based on the award-winning novels by Isaac Asimov, Foundation chronicles a band of exiles on their monumental journey to save humanity and rebuild civilization amid the fall of the Galactic Empire.

Takes place in the distant future, after a deadly virus decimated humankind. Those who survived emerged blind. Jason Momoa stars as Baba Voss — the father of twins born centuries later with the mythic ability to see — who must protect his tribe against a powerful yet desperate queen who wants the twins destroyed. Alfre Woodard stars as Paris, Baba Voss's spiritual leader.

As the gang investigates the Frozen Heart murders, sparks fly between Nancy and her counterpart in law enforcement on Nancy's first day as the community liaison; Temperance makes a startling offer at the police station.

Evergreen Terrace is overrun with traffic, and Moe has a fateful choice to make.

Legends of the Hidden Temple (The CW), Sunday 8 p.m. - "The Fiery Lava Rock of Pele"

The teams must learn the story and repeat the great feats of Pele the Hawaiian goddess in order to win a chance at the $25,000 prize.

Reeling from the murder of one of their fellow campmates, tensions begin to run high; the remaining campers sink to new depths at the lake to win cash before battling it out for immunity on a frightening football field.

Impelled by nostalgia, Peter recreates movie scenes from his favorite decade; Stewie and Doug compete to retrieve a Frisbee stuck at the top of the jungle gym.

An attempted grift leads to a precarious situation; Huck is given an ultimatum as she readjusts to her old life.