TV THIS WEEK: Anna gets smacked on V, Summer Glau and more!

As February closes out its last full week, Lisa challenges Anna on V, Summer Glau gets kidnapped on The Cape, and Ghost Hunters returns for its seventh season.

And a mission screws up Valentine's Day on Chuck, Josh's love life heats up on Syfy's Being Human, Anthony Michael Hall guest-stars on No Ordinary Family, life as Sheldon knows it changes when he discovers he's not the epicenter of the group on The Big Bang Theory, Katherine messes with everyone's minds in The Vampire Diaries, Lois and Clark suffer memory loss on Smallville, Sam and Dean end up in an alternate universe in Supernatural, Fringe visits Walter's past, Gwen has a difficult decision to make on Merlin, George and Nina take in a young vampire on BBC America's Being Human, and Bruce Boxleitner battles it out with one badass alien in Syfy's original movie Area 51

Valentine's Day takes a hit when Team Bartowski is ordered to protect a heiress (Lauren Cohan) in England. Meanwhile, Casey gets an offer from an official (Robin Givens), and Ellie and Awesome have parenting issues. Mekenna Melvin also guest-stars.

Part two of a two-parter! The Cape is forced to use Dana's legal connections in an attempt to save Orwell, who is being held captive by the Lich.

The roommates are shocked when they see a video Rebecca shot in a hotel room. Meanwhile, Sally has a revenge fantasy and Josh arranges a date with a nurse.

Anthony Michael Hall guest-star alert! When a bullet ricochets off Jim during a battle with a criminal and hits a boy, the big guy struggles with the guilt of what happened. Elsewhere, Daphne's boyfriend, Chris, believes a serum can help his disabled father (Hall), and Katie gets a proposal.

Erica heads to Hong Kong in a plot against Anna. Meanwhile, Anna considers that Tyler may not be of use to her, and Lisa and her grandmother forge an alliance.

Season-seven premiere! The ghost hunters discover a town that just might be haunted, and head to investigate a tavern and a restaurant in Alexandria, La.

On PBS's Nova scienceNow (8 p.m.) it's a look at "What's the Next Big Thing?" as scientists dig into upcoming advances in energy, technology and medicine. On Syfy's Face Off (10 p.m.), the makeup artists are paired in teams of two to turn brides into grooms and grooms into brides in "Switched and Hitched." And on SOAPnet's Being Erica (11 p.m.), it's a do-over for Adam, who gets a new life after he alters an event from his past.

Sheldon is upset when he comes to believe he's not the epicenter of the group, and he sets out to get new friends. 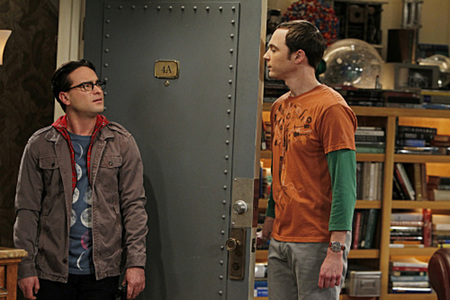 Stefan and Elena discover they need Katherine to survive, while Katherine plays mind games with most everyone. Meanwhile, Jenna gets a surprise when Alaric makes a confession to her.

Archer pulls double duty when he has to babysit his son, Seamus, while investigating the mysterious deaths of members of Woodhouse's World War I Royal Flying Corps squadron.

On the CW's Nikita (9 p.m.), the heat's turned up for Alex as Amanda interrogates her under sedation in "Echoes."

Everyone loses their memory after Clark and Lois' bachelor and bachelorette parties, thanks to some spiked champagne from Zatanna. Meanwhile, while on the hunt for her missing engagement ring, Lois is accused of theft by casino owner Fortune, and Clark remembers doing something illegal.

Sam and Dean find themselves in an alternate universe, where they have to pretend to be actors named Jared Padalecki and Jensen Ackles on a TV show called Supernatural, while avoiding an angelic hit man.

It's a trip to the past with a flash back to Walter's 1980s experiments, when Peter and Olivia were children.

Gwen is forced to make a terrible choice when Cenred threatens her estranged brother's life if she does not deliver Arthur to him.

It's the season finale on Starz for Spartacus: Gods of the Arena (10 p.m.), which has Batiatus recruiting gladiators and Solonius to help him get vengeance against those who've done him wrong in "The Bitter End."

George and Nina take in a teenage vampire (Craig Roberts) who's struggling with bloodlust. Meanwhile, Mitchell gets a proposition from a representative from the vampire aristocracy.

In this Syfy Original Saturday night movie, reporters are given limited access to Area 51, only to learn some things are better left under wraps when an alien that's been held captive attempts an escape during the visit. Bruce Boxleitner and Jason London star.