TV THIS WEEK: The Event ends, Game of Thrones roars, and more!

Other than the series finale for The Event, the pickings are pretty slim when it comes to originals this week, but there's still a few choice episodes—an original Sanctuary involving Magnus and D-Day, plus a Game of Thrones on the menu.

Besides that, there's not a whole lot to look forward to, although The CW is rerunning this season's premieres of The Vampire Diaries, Nikita, Smallville and Supernatural. Even Camelot and Doctor Who, which are in the middle of their seasons, are in reruns likely due to the Memorial Day weekend.

12 high fantasy podcasts that'll take you on an adventure during your commute
Like the rest of us, George R. R. Martin wishes he'd have finished writing 'Game of Thrones' books faster

Series finale! The canceled series comes to a close, at least on NBC, and we finally find out what "the event" really means to the human race. It looks like everyone will come together as Martinez is caught in a power struggle with Jarvis, and most everyone else is caught in a race involving the virus. Meanwhile, the portal begins to open.

So are you glad or sad to see The Event go? Or do you hope it gets picked up by another network?

You've got to love an episode that pits Magnus against the Nazis! This special episode takes a look at the events that lead up to D-Day during World War II; Magnus, Watson and Griffin take on the famous bad guys. Peter Wingfield guest-stars as Dr. James Watson.

Sure, you could watch a rerun of the season premiere of The CW's The Vampire Diaries, the series premiere of Nikita or a funny outing of NBC's The Big Bang Theory. But why not head over to National Geographic (aka NatGeo) to check out their science shows? In Naked Science, it's a look at venom. And then in Known Universe, it's a look at space and science, by delving into advanced space technologies. 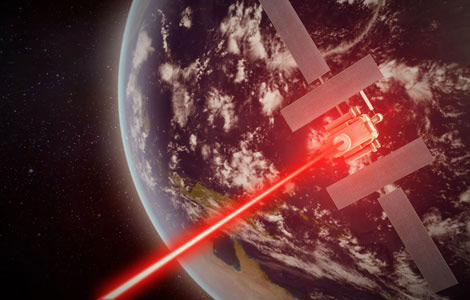 The ghost hunters take on Utah's Tooele Hospital, a facility from 1873 that has seen its share of paranormal experiences. Or you might want to watch The CW's reruns of this year's season premieres for Smallville and Supernatural.

Ned investigates the death of Jon Arryn, and Robert hopes to achieve a smooth transition at King's Landing. Meanwhile, Drogo is furious when it comes to a threat to Daenerys. And, with conflict near, Tywin tries to convince Jaime to protect the Lannisters' future.