TV THIS WEEK: The New Year rings in V, The Cape, Merlin and more!

The new year brings with it plenty of goodies this week, including Summer Glau in The Cape, the second season of V (so we can finally find out what those red skies are all about) and the fourth season of Merlin.

We'll also get to say goodbye to Caprica with a Syfy marathon, Ricky Schroder pops up on No Ordinary Family, Chance and Ilsa butt heads on a two-hour Human Target, Kris Williams joins the Ghost Hunter International team, Leonard invents a smartphone app in The Big Bang Theory, Scream's David Arquette joins his real-life sister Patricia on Medium, and Connor hunts down a crocodile in Primeval.

Here's what we have to look forward to this week on sci-fi, fantasy, and paranormal TV.

Series finale marathon! The canceled series gets a five-episode sendoff to finish out its first and final season. Starting with "Blowback," Lacy heads to Gemenon to join an STO training camp, but her flight is hijacked on the way, and the Willow clan develops suspicions about Amanda. Meanwhile, a secret about the Ha'La'Tha has ramifications for Sam and Daniel. Goodbye, Caprica! Are you going to miss it? 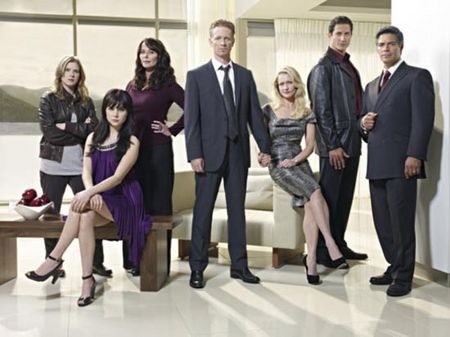 After Jim saves a man's life, the man (Ricky Schroder) and his family become fast friends of the Powells. However, Jim begins to believe the family may have their own secrets. Meanwhile, Daphne explores school politics when she runs for student council president, and Katie tells Stephanie about her mysterious boyfriend. Annie Wersching also guest-stars.

Season-two premiere! At the end of season one's cliffhanger, Erica had blown up Anna's soldier eggs, and after Anna experienced her first true human emotion, she turned Earth's skies red. As season two opens, riots erupt on Earth on the fourth day of the red skies, and Ryan returns to Earth. Meanwhile, Marcus gives Anna a warning.

Two hours! When Chance agrees to help a former girlfriend (Leonor Varela) rescue a kidnapped colleague in South America, it causes a problem with Ilsa. Meanwhile Winston, Guerrero and Ames take on the case of an inept private detective (Tony Hale) who's in danger. 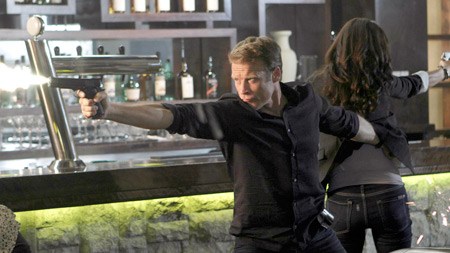 When Leonard comes up with a great idea for a smartphone app, Sheldon has issues. 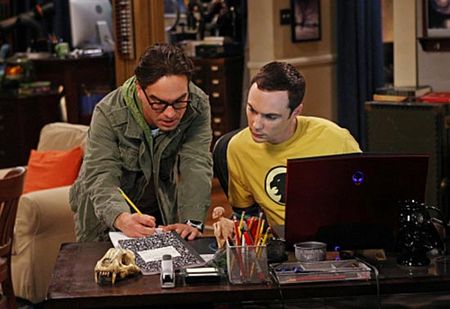 As Medium begins its final run of episodes, David Arquette (star Patricia Arquette's real-life brother) guest-stars as Allison's brother Michael Benoit. In the episode, Allison has a dream that makes her suspicious of her brother's recent success, and Devalos' campaign manager becomes interested in Bridgette's psychic abilities. The role of Michael was originally played by Ryan Hurst. 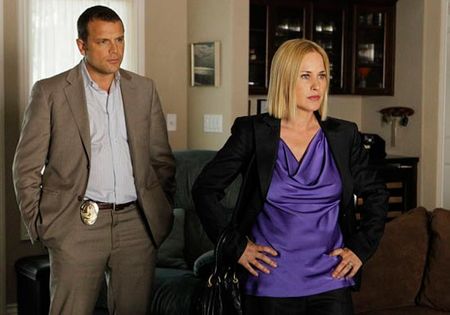 Season-three premiere! Picking up on the season-two cliffhanger, Arthur and Merlin find Morgana and return her to Camelot. However, Merlin suspects magic is afoot when Uther to begin losing his ability to rule.

On the Cartoon Network's Star Wars: The Clone Wars (8:30 p.m.), we'll learn more about the "Nightsisters." Disney's Wizards of Waverly Place (8:30 p.m.) explores what happens when Alex and Justin transform themselves into Max in "Three Maxes and a Little Lady." And on the Travel Channel's Ghost Adventures (9 p.m.), it's an investigation into a historic building in L.A. called the Pico House Hotel.

Connor gets together with an old friend and they find themselves tracking down a boar crocodile that's been chowing down at the docks.

Find out a little more about the new team in this online prequel episode:

Series premiere! David Lyons and Summer Glau star in this new series about an ex-cop (Lyons) who becomes a superhero when he's falsely accused of murder. He decides to take on the city's supervillain, Chess (James Frain), with hopes that he will one day be able to return to his family. Glau plays the mysterious investigative blogger Orwell.

So what are you going to watch?