The first filming pics from the New York set of that new CBS Sherlock Holmes series, Elementary, starring Jonny Lee Miller as Holmes and Lucy Liu as Dr. Joan Watson have just come out. And let's just say someone at the BBC is probably consulting with lawyers right about now.

The new pics show Holmes and his faithful sidekick, John Joan Watson, in the streets of New York. Nothing terribly exciting there, you'll say, and we would tend to agree with you guys but for one tiny, itsy, bitsy detail. (All right, a HUGE detail!)

Cooking Sherlock Holmes' favorite foods
When fanfiction gets so popular, it spurs its own fandom (and babies)

And it concerns what Jonny Lee Miller's Holmes is wearing.

Keen-eyed viewers—who have seen the BBC's brilliant Sherlock series, starring Benedict Cumberbatch as Holmes and Martin Freeman as a proper Dr. John Watson—will have instantly noticed the striking resemblance between Miller's coat and scarf attire and that of Cumberbatch. 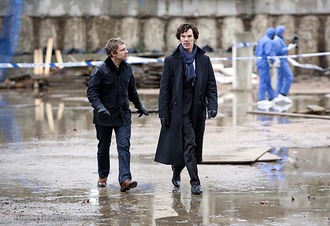 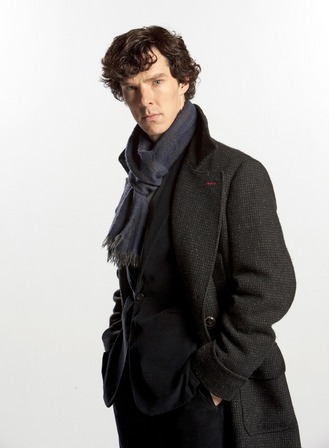 And now head over the gallery to see the somewhat striking resemblance ...

Yes. It's not unusual for Miller's Holmes to be wearing a coat and a scarf: It IS winter, after all.

But did the costume designer have to model it so closely on the one Cumberbatch is wearing on Sherlock? Did the CBS powers-that-be think that if they changed the scarf a little, and made the coat a bit shorter, we would NOT make the obvious comparison?

You've to admit, the looks the Holmeses are sporting are very similar, and it feels like CBS may not be heeding Sherlock producer Sue Vertue's threats to sue them if their version's a little too close to the BBC one at all. EVEN if their Watson is a woman.

What do you guys think of the Elementary set pics? Do you think Jonny Lee Miller's Sherlock Holmes looks a bit too much like Benedict Cumberbatch's, or do you like what you see?