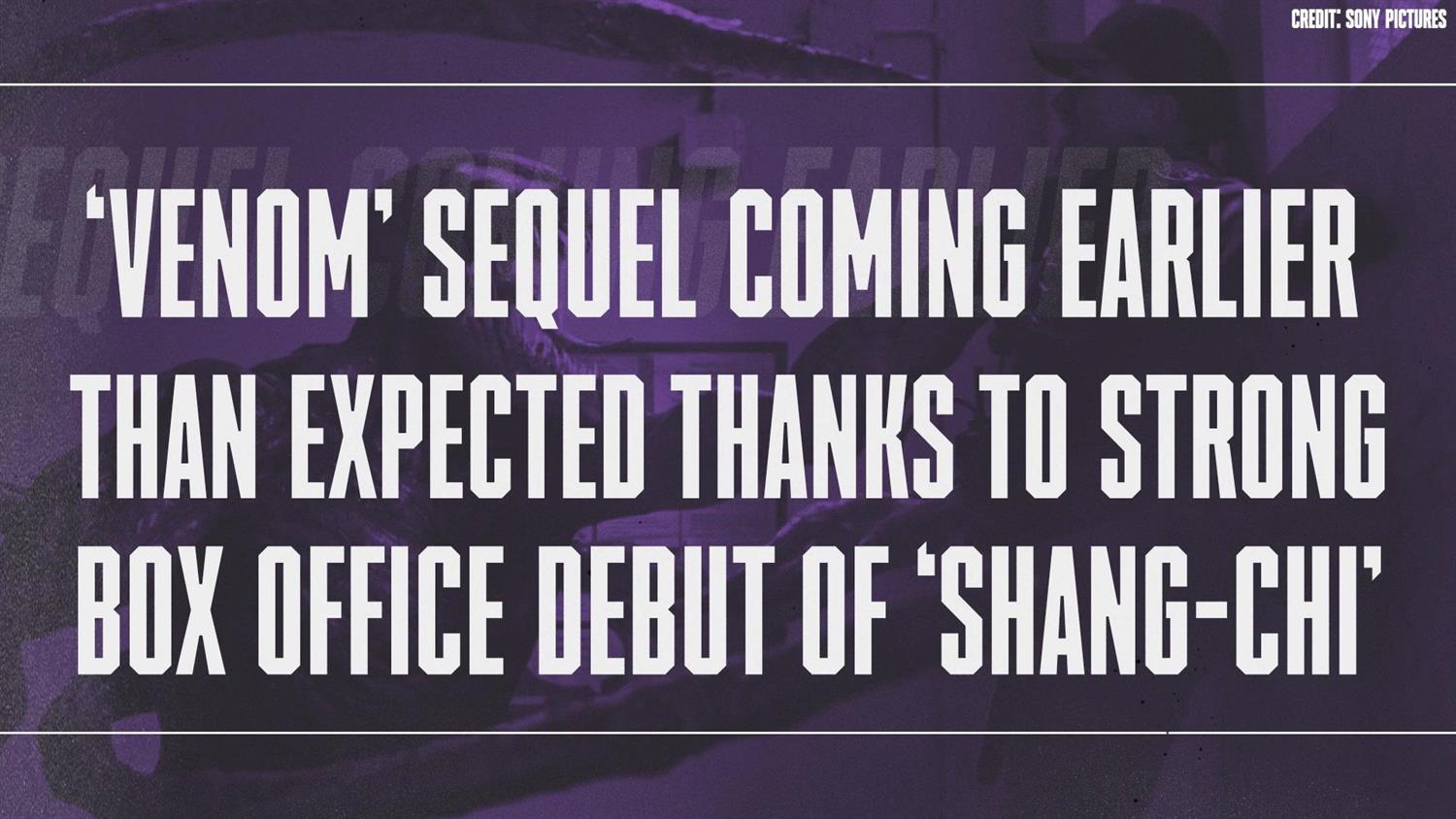 Woody Harrelson's Cletus Kasady will break out of prison and into theaters sooner than expected. Deadline confirms that Sony Pictures has decided to move up the release date of Venom: Let There Be Carnage from Oct. 15 to Oct. 1.

The studio was reportedly emboldened by the performance by Marvel Studios' Shang-Chi, which is expected to close out the long Labor Day weekend with a historic $90 million in North America. It's the only blockbuster released amid the COVID-19 pandemic that's come close to the coveted $100 million milestone at the domestic box office in its very first weekend.

October is shaping up to be an insanely busy and competitive month for Hollywood studios — what with Cary Fukunaga's No Time to Die (Oct. 8), David Gordon Green's Halloween Kills (Oct. 15), Denis Villeneuve's Dune (Oct. 22), and Edgar Wright's Last Night in Soho (Oct. 29). The latter two just enjoyed their world premieres at the Venice Film Festival.

In a pre-pandemic world, the highly-anticipated Venom sequel (directed by Andy Serkis) was originally slated to hit the big screen in October of 2020. Of course, that didn't happen and the movie was delayed several times — the most recent postponement being from Sep. 14 to Oct. 15 in the wake of rising coronavirus cases caused by the delta variant. Theater attendance is down overall due to public ambivalence over the idea of gathering in an enclosed space with strangers. There is a lot of money riding on the second installment after the original movie brought in almost $900 worldwide in 2018.

Let There Be Carnage wasn't the only major Sony title to be pushed down the calendar. Both Jason Reitman's Ghostbusters: Afterlife (Nov. 19) and Daniel Espinosa's Morbius (Jan. 8, 2022), and Spider-Man: No Way Home (Dec. 17) have all fell victim to the constant shuffling that is currently the bane of the entertainment industry's existence.

Tickets for Let There Be Carnage go on sale this Wednesday, Sep. 8.