Somewhere between Destination Truth and Ghost Hunters lies Syfy's latest investigative series, Fact or Faked: Paranormal Files, and lucky for us, the show isn't satisfied with just investigating other people's video evidence. Led by former FBI agent Ben Hansen, this group is out to learn the truth behind the paranormal viral videos and spooky web pics. However, they're also busy finding brand-new startling evidence of their own.

"A lot of paranormal shows start with the premise it must be paranormal," said executive producer John Brenkus. "We come at it from the angle of we're not sure what it is but we want to explore every possible explanation. With Ben's investigative background, we really bring the scientific element to it [by] seeing if you can actually duplicate it." Fact or Faked: Paranormal Files premieres tonight at 10 p.m. ET as part of Syfy's new Thursday night reality series block.

We caught up with Hansen and lead scientist and investigator Bill Murphy, along with Brenkus, as they chatted about their new series, Fact or Faked: Paranormal Files.

Seasoned investigators on a mission

Former FBI guy Hansen has put together a team of investigators whose job it is to bring their expertise to the forefront while investigating popular web videos and pictures. Lead scientist Murphy has over 20 years' experience in investigating the paranormal. He's joined by journalist Jael De Pardo, who traveled the globe with Josh Gates on Destination Truth's, stunt expert Austin Porter, photography expert Chi-Lan Lieu and effects specialist Larry Caughlan Jr.

"It's a diverse cast, and everybody has different skill sets," said Murphy. "And when you put everybody in the same room, then you send them out into the field, their specific knowledge, experience and background really come into play to see if there is a readily acceptable rational explanation" for the video or photograph. 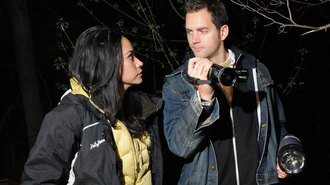 "Everybody wonders, 'Is this real or is this fake? I mean, what am I to think of this?'" said Brenkus. "And obviously [the videos] have such a wide audience because of how interesting the clips are. ... So we feel like, in terms of tapping into what the audience wants to see, everyone sits around and clicks on these clips online. I mean, we're looking at clips that have millions and millions of hits."

"If we're not able to come up with a rational explanation during our review process, then we go into the field," said Murphy. "And if we're doing an investigation, then the science side it can really help us, because, aside from just using common sense and good judgment, the science allows us to extend our five senses beyond what we're capable of doing naturally. ... So science does play a part, but you know we always look for the simpler explanation first."

And when they do investigate, they have the latest equipment at their disposal. "New instrumentation, better tools, new devices will continue to be developed and put into the field for us to try to validate a number of things," said Murphy. "And tools will continue to come to the forefront to enable us to validate a lot of these things that are currently considered paranormal but may not be paranormal at all. We just haven't had a way of proving them until maybe recently."

Experimenting to see what can be debunked 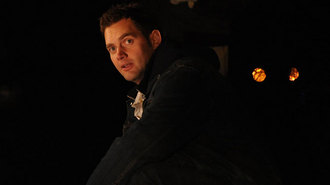 "I think all discoveries, major discoveries, started out with a phenomenon that they couldn't quite explain," said Hansen. "Look at electricity and how it was discovered. Well, you saw the effects of it, but did you actually, you know, see electricity? ... What it was doing? And so people started setting up controlled experiments to find out, 'How can we test that?' And I think that's where we're at in the paranormal field."

"For me, I found the approach the show takes, where we attempt to replicate the video, to be a very novel, very good way to investigate," said Murphy. "To go, 'Hey, wait. Can we make video that looks the same way using the tools that we have?' And we go way beyond what I think most teams would think of doing to try to re-create the original video. It's not a debunk. It's an investigative method."

"Generally we try to stop at nothing once we're there to demystify the video. I mean, we stop at nothing. Really extreme stuff, and it's a lot of fun," he said.

Re-creating to discover whether it could have been faked 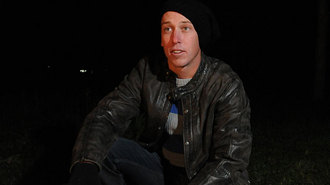 "In our show we go out there and we try to [do] experiments to replicate what is seen on the video," said Hansen. "And then, if that fails, we look at the paranormal explanation."

"if we can get really, really close or get it, you know, pretty much spot-on, then we feel like we perhaps have solved the mystery behind the footage. But if we're unable to get even close, and if there are things that we just, you know, cannot figure out a way to replicate it, then we move on to the alternate explanations. Maybe it is something that's completely unexplained," said Brenkus.

But will they alienate their audience by taking a viewpoint of debunking and hard science over that of the true believer? "What are the junk cases as opposed to the real cases? So what we're doing is really helping people build their argument of the paranormal. Some cases out there that are insanely popular just simply aren't true, and we can prove it," he said.

Once the investigators hit the field, anything can happen. While they are there to interview witnesses and do experiments to see if they can re-create the video or image, they're also there to capture new evidence if possible.

"One of the first things is in the debut show, you'll see that we investigate some mysterious lights in Arizona," said Brenkus. "And we genuinely -- we were all there on the shoot -- and genuinely we caught something that we simply can't explain. We all witnessed it, and we were extraordinarily fortunate to capture it on tape, and it's one of those things that we caught that we can't say for absolutely certain that it is something paranormal, but it's certainly something that's unexplainable as of today."

"Sometimes you can't believe what you're seeing and there's an alternate explanation, but in the case of what happened in Arizona, that was a truly phenomenal occurrence," said Murphy. "And I'm glad it did, to that point it was early in the morning, we were all damp and cold, and I think nobody was aware of the environment once our eyes were on the sky and we saw what we saw. ... It was quite a sight for us."

"Is it the great smoking gun? It could be," said Brenkus. "I don't know what it was, and the group doesn't know. And that's what's so exciting is that we're getting original footage in our investigations as well as corroborating footage [of the original video] that we got that we flat-out say we do not have an explanation for it."

Determining what is Fact or Faked 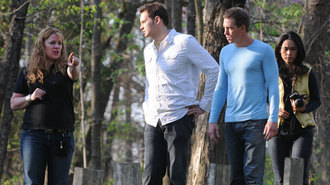 After reviewing, investigating, experimenting, attempting to re-create and finally trying to capture new evidence, the team meets to go over what they've discovered and determine whether they believe the burden of proof has been met that a video or photo is genuine.

"We're not looking to just make a sensational show and blow things out of proportion and just to tell everybody that the aliens are here or that this place is absolutely haunted," said Brenkus. "We feel that the audience is extraordinarily intelligent, and this is an intelligent show and really an intellectual approach to what fascinates everybody. And tapping into what most people do with these paranormal clips, they click around, they look at them, they really wonder. But they don't have the resources to be able to go out and actually test, is it real or is it fake? That's what's really appealing to us, that we can take over where the audiences left off."

And that helps the community in terms of narrowing down the things they should believe in, he said. "So we want to make sure that the show is helping all sides of the equation by making sure that people know there are clips out there that have millions of hits that are just flat-out fake. There are others that are so compelling that no matter what we do we can't prove that they're fake, so there might be something to it."

Home is where the haunt is in 'SurrealEstate': How to watch SYFY's new scripted series
SYFY's Van Helsing series finale 'Novissima Solis' calls upon our heroes to make the ultimate sacrifices