Exclusive clip: The group reveals their CRM conspiracy theories in the next 'Walking Dead: World Beyond'

With the return of The Walking Dead: World Beyond last week setting up the beginning the end for this limited series which concludes this season, there are a lot of mysteries still left to solve and people to find in the nine episodes remaining in this fascinating corner of the TWD world.

This week's latest, "Foothold," which premieres October 10 at 10 p.m. ET on AMC, finds Iris Bennett (Aliyah Royale), Will Campbell (Jelani Alladin) and Felix Carlucci (Nico Tortorella) together still but having some serious thoughts about the origins of their circumstances.

SYFY WIRE has an exclusive clip which shows the trio finally getting into it about what exactly the Civic Republic Military, or CRM, might be responsible for — and how far they might go to protect their secret plans.

Check out the scene below: 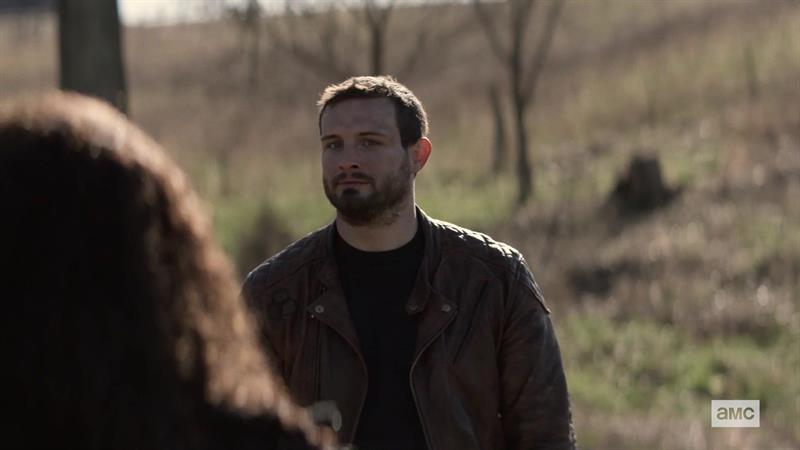 In a recent chat with SYFY WIRE, The Walking Dead: World Beyond showrunner Matt Negrete said this season is all about digging into what Iris brings up in this scene in regards to how the CRM is going to become even more polarizing for our core characters across every corner of The Walking Dead universe..

"In Season 2, our characters as well as the audience really get to see behind the scenes of the CRM, and see how they operate and why they do what they do," he said. "And because these sisters are separated, they're exposed to different things and different aspects of the CRM. It's that time apart and what they see and what they experienced—separate from each—other that informs how they feel about that. What we're going to see is that they've gone from the CRM is bad, they're evil and they need to be destroyed, to some differing opinions on what the CRM is and does."

If you're looking to get caught up on The Walking Dead: World Beyond, check out our primer on the key players and storylines, which should have you ready to dive into the undead drama unfolding in Season 2.

New episodes of The Walking Dead: World Beyond drop Sundays at 10pm ET/9c on AMC