It may be officially Christmas season, but the TV action isn't ever going to completely die down. Several of our genre shows have turned out the lights for the year to take a holiday break, but a few more will keep pushing right on through December, so don't ignore that TV schedule.

This week saw The Walking Dead bow out of 2011 with a strong midseason finale, Terra Nova slump at the start of the holiday week and Sanctuary and The Clone Wars soldier through Black Friday with ratings that weren't too shabby in the end.

Check out the chart above and the analysis below to compare the Live + Same numbers on your favorite shows. 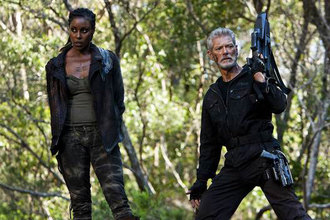 The kickoff of the holiday season dealt a hefty blow to Terra Nova Monday. Though it held on to its share, the show lost two tenths of a point to its rating and suffered its lowest viewership ever, almost 100,000 viewers lower than its Halloween night audience. You can blame Thanksgiving travel for some of it, but you might also blame whoever decided it was a good idea to keep this show running through the holiday season rather than give it a break. 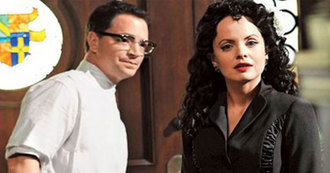 Night-before-Thanksgiving fatigue did very little to dampen the party they're having over at FX for the continued success of American Horror Story. The slow took a slight loss—two tenths of a point and about 200,000 viewers—but still held on to the top spot in the cable ratings for Wednesday night, easily beating the nearest contender (a syndicated Family Guy episode on Adult Swim since South Park was off this week) by a full half point.

The Big Bang Theory isn't quite done with its 2011 run (a new episode hits on Dec. 8), but it did take the night off in honor of Thanksgiving. And why not? It's the highest-rated Thursday night show, and that shows no signs of changing.

Another show that took Thanksgiving off, Person of Interest, is still enjoying a strong first season, with more than 11 million viewers per episode. It will return Dec. 8 to get a little more story in before Christmas.

The Vampire Diaries is done for 2011, just as it was really getting going. We'll see if it can hold on to its streak of 3 million plus viewership episodes when it comes back in the New Year.

The Secret Circle is also done until January. Maybe when they return next year they'll catch more luck when it comes to retaining more of Vampire Diaries' audience.

A Gifted Man took Black Friday off this week. It'll return Dec. 2 with a new episode, and the conundrum of this show will likely continue. It's got a fair number of viewers, as does all of the CBS Friday night lineup, but its 18-49 rating continues to be lower than its network mates. If the network bigwigs don't think the ad buys for its older audience are worth it, this show could be that odd breed of canceled program that lots of people were watching, just not the right people.

While CBS gave its shows a break to show Christmas specials, NBC decided to run a Friday night movie in place of its regular programming (National Treasure: Book of Secrets, in case you were curious). That means Chuck got a week off, but there's not much analysis to do for this show anyway. It's playing its curtain call for its loyal fans, and soon it will take its final bow.

FOX also opted for a Friday night movie for the holiday weekend (they picked Iron Man), but Fringe was done for the year anyway. When it comes back in January it'll try to keep its head over that 3 million viewer mark, and possibly pick up more. If it can't, it's in trouble.

Grimm was also off this week, but it'll be back Dec. 8 in its new Thursday night timeslot. With any luck, placing it on a bigger TV night will mean more viewers for the slipping new fantasy drama. Then again, NBC's Thursday night bread and butter has been its comedies ever since ER went off the air, so it might just throw some people off.

The CW also pushed its Thursday shows aside for Christmas specials this week, but Supernatural will be back for its midseason finale Dec. 2. With any luck they won't suffer the same dismal numbers as their Nov. 18 episode, but this time of year it's tough to tell what anyone will tune in to.

Clone Wars braved Black Friday TV night and managed to hold on to its rating while losing only a few viewers. It's almost done for the year, but this show could stand to gain a few viewers at this point. It's been unpredictable for too long. 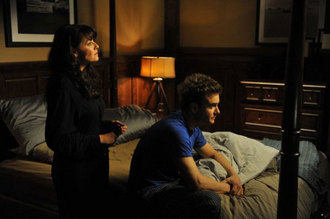 Another less than stellar week for Sanctuary, but a week that's not so bad when you consider that the episode aired on Black Friday. This show will keep on trucking right through December. Let's hope the holiday doesn't hurt it too much. 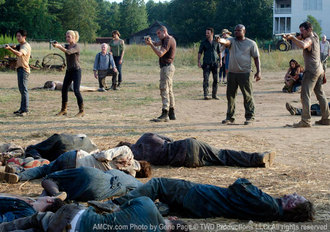 It didn't set any records this time, but The Walking Dead's midseason finale closed out the show's 2011 run with the highest viewership in more than a month. As we begin the long wait until the show picks up again next year, AMC's zombies continue to bring good news ... for viewers, anyway. 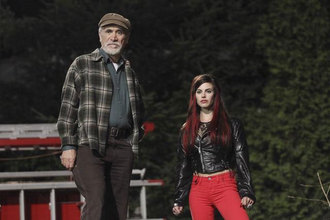 Once Upon a Time took the first major slump of its run Sunday night after a return from a one-week break, but it still easily held the top spot among Sunday night scripted shows. Chalk some of this up to simple holiday travel fatigue, but we'll see if the dip continues into next week.