Watch out, RoboCop! Your 'evil and ultra-rich' enemy has been cast

As more casting news starts to trickle out about the upcoming RoboCop reboot, we keep getting more and more excited about how cool this thing could be. So who will be the Big Bad facing off with RoboCop 2.0?

Hugh Laurie, best known as Dr. Gregory House on the popular Fox series House, has reportedly joined the reboot as the "evil and ultra-rich CEO of Omnicorp, the company that makes RoboCop," according to The Hollywood Reporter. 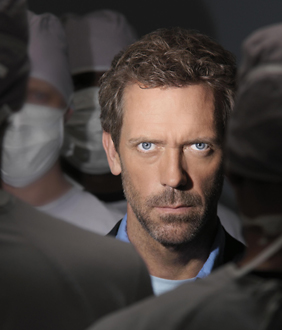 Luckily, House was recently canceled after eight seasons (not so luckily if you were a fan), so Laurie will have all the time he needs to terrorize cyborg policemen.

The remake will star Joel Kinnaman (The Killing) as the cyborg cop Alex Murphy, who cleans up the mean streets of Detroit. The film is based on the 1987 sci-fi classic.

Laurie will join Samuel L. Jackson (The Avengers) and Gary Oldman (The Dark Knight) in a cast that is quickly picking up a fair bit of sci-fi cred.

Sound off: Do you think Laurie will make a good villain?