We know when the Star Trek writers will finally start

Star Trek director J.J. Abrams may have been vague about the details of the follow-up movie, which has a release date of June 2012, but co-writer Damon Lindelof confirmed that he and co-writers Roberto Orci and Alex Kurtzman will begin drafting the new screenplay in the spring.

"We're going to start probably in April once the writing on Lost is done," said Lindelof—who co-created and executive-produces the ABC show—in a group interview Tuesday in Pasadena, Calif. "Trek will come out in 2012 some point, so we've still got a little bit of time, but we've been talking about it. We just haven't been writing."

It's unclear when production would begin. 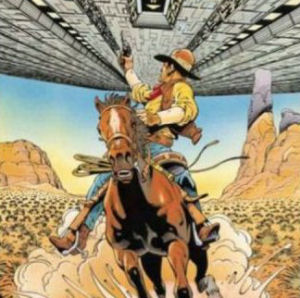 Meanwhile, another Lindelof project—a movie adaptation of the comic series Cowboys & Aliens—lost its star, Robert Downey Jr., according to EW.com. Lindelof had not heard the news as of Tuesday, but said there's still reason to be excited about the Jon Favreau-directed film.

"Oh, is that official?" Lindelof said. "I've not been officially briefed on any of the casting. I am but a writer, but all I can say is if Favreau did it once with Downey [in the Iron Man movies], I'd be looking forward to see who he's going to make a star this time."

Anything you want to tell Lindelof about Star Trek?