We've got new images and updates from Tron: Legacy for you

A bunch of new images from Tron: Legacy just came online, courtesy of Empire magazine. You can see them below. As with everything else we've seen from Tron, they're looking pretty awesome. We've also got new details about the film, including how uber-director David Fincher is suddenly involved. Read on: 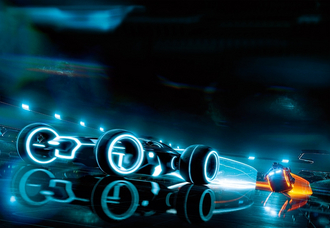 This image looks like a shot of a chase scene that looks equal parts the original Tron and the iconic chase in Steve McQueen's Bullit. 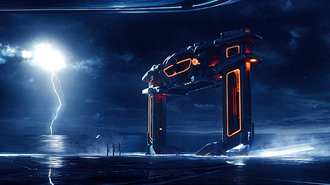 Here we got a modified version of a still that's been around for a while that suggests the possibility of weather in the digital universe of Tron. 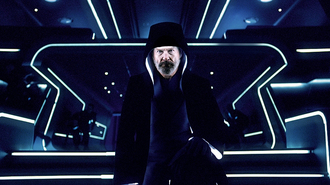 Jeff Bridges... The Dude himself! Looking like William Gibson's peyote-soaked vision of Odin. 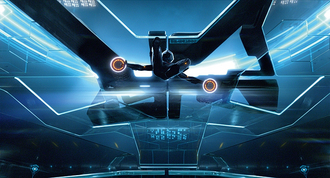 This shot seems to ask, "Which way IS up in a digital universe?" 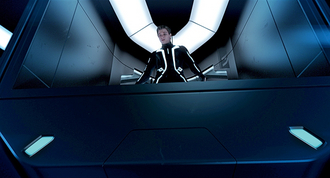 Garrett Hedlund as the young Sam Flynn, looking like he's come a long way from Troy and Friday Night Lights.

Waitaminute ... Tyler Durden from Fight Club and the heroic security program Tron have something in common? Sort of. Tron: Legacy is the first feature to be made by director Joseph Kosinski, a former architect who got into filmmaking by making ads for David Fincher's commercial production house Anonymous Content. According to a joint set report made by Collider and Slashfilm, Tron: Legacy will feature special effects of a type used by Fincher to make Benjamin Button. And Fincher has reportedly given Kosinski a set of notes after seeing an early cut of the film. 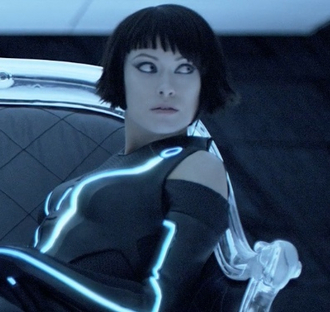 The O.C. and House vet told MTV about her character Quorra (whom they call "Cora"), the right-hand woman of Jeff Bridges' character Flynn, who was himself last seen in 1982's Tron. Wilde says of her character kicking butt in the world of Tron (where getting splattered in a lightcycle duel seems an everyday matter), that "I'm a very passive, nonviolent person, but there's something to be said for playing a very strong woman, and being able to train yourself to do something that you never thought you'd be able to do is one of the highlights of being an actor."