What you need to know about Warehouse 13's second season

We could tell you about Warehouse 13, but then we'd have to kill you. Nah, just kidding. We want you to know about the show.

The Syfy original series returns for its second season tonight at 9/8C, and its stars, Eddie McClintock and Joanne Kelly, chatted with us last week to help new viewers catch up. Here's what you need to know to be ready for tonight's season premiere.

Each week, a new artifact with a new superpower ... and more to come 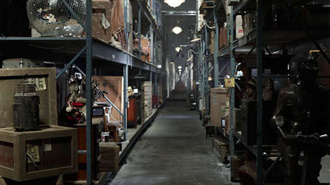 "There is an episode called 'Around the Bend' where an artifact has affected Pete to the point where he begins to lose his sanity," McClintock revealed. "I have a really good scene with Mark Sheppard that was really a challenge."

Kelly added, "The one that was most challenging to me as an actor was probably an episode that involved an artifact that was a gryphon. I'm terrified to see that episode."

If you like to laugh, this is funny sci-fi 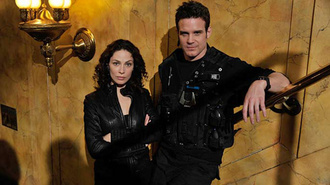 This isn't X-Files with two serious agents trying to save the world. The artifacts are kind of wild and the Warehouse crew crack jokes while they investigate.

"The pilot is much thinner on the comedy than subsequent episodes because I think when we did the pilot at that point we were still going, 'Is this a funny show? Is it supposed to be funny?'" McClintock recalled. "Then when they used that line 'I made cookies' and when Pete goes 'ooh' then that kind of became the tag for the show. I think it let everybody know, including the network and the writers and everyone, that we were also going to have a good time and not take ourselves too seriously. It became kind of a metaphor for the evolution of the show. I think it keeps the viewer off balance, it kind of keeps me as an actor off balance, and I think it helps keep the show fresh."

It's a big hit. You should be watching. 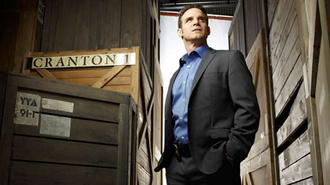 Warehouse 13 is Syfy's biggest summer hit, but don't just follow the numbers. McClintock says why the show is fun for the whole family.

"Certainly it was my hopes that the show could be a show that would bring a family together," he said. "Like something that everybody could say, 'Okay, you make the popcorn, I'll get the blankets, you turn the lights down,' and everybody sits and watches it and the next day at the breakfast table they could talk about the show. I don't even know if families sit down for breakfast anymore but it's kind of an old fashioned notion. It just seems like maybe it would be nice to get back to that. I know there were shows like that in the past and we used to do that when I was a kid. We'd watch the Night Stalker, Kojak and everybody would get a little creeped out. It's just such a great memory for me as a kid. If I can create those kind of memories for some other kid that has an overactive imagination like I seemed to have when I was a kid, then that would be amazing. That's kind of the dream come true for me."

They're not going to hook up. It's not one of those shows. 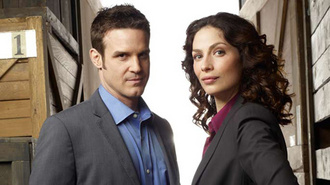 This isn't sci-fi Moonlighting. It's not really about will they/won't they for Pete and Myka. They just work together.

Kelly added, "I think any human relationship, any interesting human relationship between two people is complex and it truly takes time to develop, anything that's worth its salt. For us to explore the romantic part of it without first exploring the complexities of these two people, the partnership that they're creating and the friendship that they're creating I think would just short change everyone."

Guarding the Warehouse is dangerous. They could die. 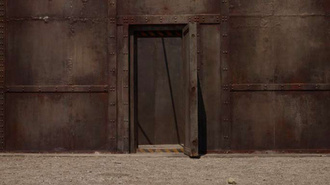 Even though this is fun, funny fantasy, there are still high stakes. Each of these artifacts are deadly in the wrong hands, and all of Pete and Myka's predecessors have died in the line of duty.

"I think that Pete never really allows himself to go there," McClintock said. "His defense mechanism is his arrested development, the state of arrested development that he tends to live in. But, put him in a serious situation and you would want no one else backing you up. From the time that his father died at a young age Pete has used his sense of humor as a way to escape and I think that's what he does in regards to any kind of thoughts of being killed. He's a brave guy at heart and I don't think that he's all that concerned about that as long as he can die nobly and help the world and help his friends."

His partner complements his strategy, the yang to his yin. "It's quite the opposite for her," Kelly said. "I mean, in Season 1 we see her having already lost a partner which I think comes from a lot of the mask that we see in Season 1, the kind of obsessive personality, the need for control, the need for structure. Her partner's death and her lover's death was something that affected her and I think that's why she holds onto everything so tightly and why she's so regimented and has such structure in her life is because that's something that she lives with every day and the fear of that happening again is a driving force behind her character."

They're trained for this though 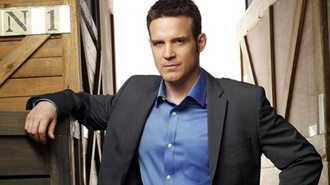 It may be dangerous work, but these are pros. Pete comes from the armed forces.

"We touch on Pete's alcoholism and we touch on his military history," McClintock said. "He's a former Marine. That was a thing that I really wanted. I wanted him to be a former Marine. I thought that it lent more credibility, it gave Pete some gravitas. It was a good opportunity for me to kind of give a shout out to all the people in the armed forces who have lived and died and continue to fight for our country. That's just the way I kind of grew up so that was important for me. I think we continue to find out more and more about all the characters throughout the show."

They go up against sci-fi's biggest stars 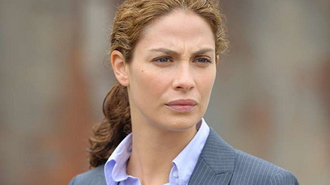 Since each week reveals a new artifact Pete and Myka have to recover, they also get to meet new guest stars. This year, some of sci-fi's biggest classic stars join the regular cast.

Kelly complained, "They kind of left me out to dry." Although she did get to work with Rene Auberjonois. "Rene is sexy, sexy, sexy, sexy man," she added.